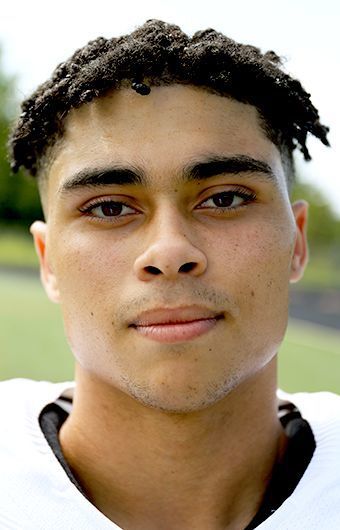 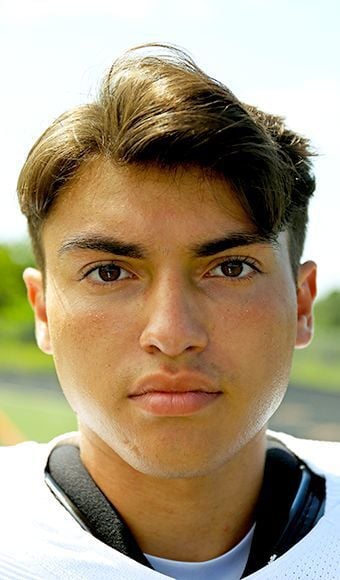 Greater Latrobe’s crushing loss last week could easily derail a season for some teams. Playing at home, the Wildcats held a 40-14 lead against Franklin Regional in the final seconds of the second quarter, and appeared on their way to scoring a crucial win for their playoff hopes.

The Panthers had other ideas, however, as they scored 27 unanswered points, including the tying touchdown and winning extra point with less than two minutes left to stun Greater Latrobe, 41-40.

As a result, Greater Latrobe fell to 1-2 in the Class 5A Big East Conference, tying them for fourth place with Woodland Hills.

There was a silver lining for the Wildcats, however. With four playoff berths in the conference, and a matchup against the Wolverines, 7 p.m. Friday at the Wolvarena in Turtle Creek, Greater Latrobe still controls its own destiny.

“You’ve been granted and afforded this other opportunity to still achieve one of your goals — getting into the postseason — and that’s our mindset in practice this (week),” said Greater Latrobe head coach Jason Marucco.

Having the right mindset will be paramount for the Wildcats, who have now lost three times this season after holding a fourth-quarter lead.

“Anytime that happens, you’re going to be disappointed and frustrated. You should be. We all are,” Marucco noted. “That’s why you have 10-game schedules. Our ability to move on and just focus on Woodland Hills with another opportunity to still achieve our goals ahead, that’s where we’re at right now.”

While the players and coaches may have moved on, the loss against Franklin Regional last week was significant. Greater Latrobe scored six touchdowns in the first half, including two each from Drake Clayton, Kyle Brewer, and Bobby Fetter — plus another touchdown pass by Fetter.

Greater Latrobe likely played its best half of football to begin the tilt, but the Wildcats turned in arguably their worst performance after the intermission. While the host Wildcats allowed the final 27 points of the game, their white-hot offense also went completely cold in the final 24 minutes.

“Some of it, adjustments they made; some of it, lack of execution,” Marucco said of the Greater Latrobe offensive struggles. “In the end, there were still opportunities for us to make the same types of plays we were making in the first half.

“These games in our conference come down to a handful of plays. Every Friday night, you gotta play 48 minutes,” he continued. “Franklin Regional made one more play than we did.”

While their record may not show it, Woodland Hills is also capable of making plenty of plays. Woodland Hills is just 2-6 overall and 1-2 in the Big East Conference, but almost all of their setbacks have been competitive tilts against top-rated teams. Most recently, the Wolverines fell 40-21 at Gateway, but they held a fourth-quarter lead before the Gators rallied.

Not including a forfeit loss, Woodland Hills also sustained defeats to Penn-Trafford, Moon Area and Penn Hills, all teams that are leading outright or tied atop their respective 5A conferences. Conversely, the Wolverines notched a 37-21 road win against Franklin Regional two weeks ago.

In their 27-6 setback to Penn-Trafford on Oct. 1, the Wolverines made a surprising change, shifting Division I prospect Deontae Williams from quarterback to receiver, and replacing him with Jahshawn Pringle. In his abbreviated season at the position, Pringle has thrown for nearly 500 yards and six scores. Listed at 5-foot-7, 243 pounds, Pringle presents a unique challenge, as he’s shown both arm strength and athleticism.

“He certainly throws the ball well. He’s made plays in and out of the pocket for them, and they obviously feel having Williams on the outside does good things for them offensively,” Marucco detailed.

The Wildcats are cognizant of Pringle’s ability to extend plays and must defend the Wolverines senior accordingly.

“The whole concept is to keep him in the pocket so that you can have the number of guys rallying to the football,” Marucco stated. “It’s clear that he’s made most of his plays when teams have not been able to do that and he can run around a little bit.”

Pringle also has plenty of weapons surrounding him, including Williams, who has a team-best 10 receptions and paces the squad in rushing yards (362), as well as receiver Louis Callaway and running back Brandon Jones. Callaway, a Jeannette transfer, has caught nine passes for 251 yards and five scores, while Jones, a sophomore, has rushed 70 times for 343 yards and two touchdowns.

“They have the ability on any given snap to get the ball in the end zone, so you have to be disciplined in your gap responsibility and have great pursuit to the football,” said the Wildcats’ veteran coach. “Defensively, it has to be a total team effort — we need all guys running to the ball and gang tackling.”

The Wolverines’ defense is impressive in its own right, as it had limited all of its opponents to 27 or fewer points prior to last week’s contest.

Furthermore, Woodland Hills will be playing in its historic venue — the Wolvarena in Turtle Creek.

“It’s another great opportunity. You get to play at one of the more iconic places in western Pennsylvania,” Marucco said. “It’s exciting and we’re looking forward to the challenge.”

A year ago, the Wolverines edged the Wildcats 34-31 at Memorial Stadium in the regular-season finale.