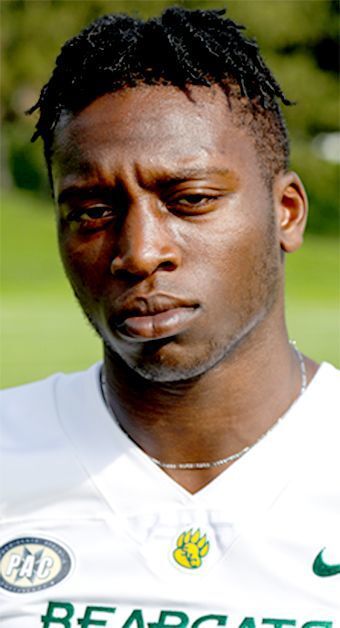 “It was a huge win just overall for the program,” SVC head coach Aaron Smetanka said. “For our program, for the players, for recruiting, and just for the school in general it was awesome. It was a great atmosphere for the game, and the players really fed off of that energy during the game. It was awesome to see.”

Another tough test awaits, as SVC travels to take on No. 12-ranked Washington & Jefferson, 2 p.m. Saturday at Cameron Stadium in Washington.

Smetanka hopes his team can build off the energy from last Saturday’s win against Case Western Reserve and continue the Bearcats “youth movement.”

For the second straight week, the Bearcats had a freshman earn PAC Rookie of the Week honors. Two weeks ago, it was freshman linebacker Joanes Polynice and this past week, freshman running back Billy Beck earned the honors.

Beck had 11 carries for 93 yards, with two big fourth-quarter touchdowns in the win against Case Western Reserve.

“Billy Beck really stepped up for us,” Smetanka said. “I think each week he is improving and getting better and better, which is really nice to see. Any time he is called upon he steps right up and he’s very humble about it, which I love.”

Polynice had another nice week as well. He had a game-high 12 tackles, eight of which were solo. He also had a momentum-changing interception return for a touchdown that gave the Bearcats life.

“This week Joanes had a really big week,” Smetanka said. “He backed it up getting back-to-back 12 tackle games. This game on top of that he had a pick six, and I kind of felt like he got snubbed a bit and should have been defensive player of the week for the role he played.”

SVC trailed 14-0 after the first quarter, as Case Western was in command.

But the Bearcats gained momentum after the first quarter. Smetanka believes it was important for his team to build confidence and rally from the early deficit.

“We were playing the 2019 PAC champions and we knew we had our work cut out for us coming into the game,” Smetanka said. “We knew there was going to be a lot to prepare for, and I think the players did a really good job focusing in and it showed on Saturday, putting it all together.”

The Bearcats look forward to the challenge on Saturday against the No. 12-ranked Presidents.

The first-place Presidents enter the game a perfect 5-0 overall, including a 4-0 mark in the PAC.

The Bearcats have struggled against the Presidents.

SVC is just 1-11 recently against W&J. The lone win came in 2011 when Smetanka was the Bearcats’ starting quarterback, as he threw for 200 yards and a touchdown in the 35-27 victory.

Since that game in 2011, W&J has won seven straight, outscoring the Bearcats 268-83 during the stretch.

The two teams met last season during the spring-shortened season, as Washington and Jefferson earned a 42-14 win at Chuck Noll Field.

The Bearcats are squaring off with an experienced Washington & Jefferson squad this season. They have 31 seniors on its roster compared to just 14 for SVC.

“(Washington and Jefferson) has a lot of senior leadership on the offensive and defensive sides of the ball,” Smetanka said. “A lot of their upperclassmen came back for the extra year and it’s showing for them. They are good players to begin with and now having that extra year of maturity helps them out too.”

The Bearcats’ will have to stop the Presidents’ skill players if they want to score an upset.

Washington and Jefferson junior running back, Joey Koroly leads the conference in rushing and junior quarterback Justin Heacock is third in the PAC in passing.

Huss has 10 carries for 147 yards and a touchdown, in addition to 16 receptions for 129 yards. He also has a kickoff return for a touchdown against Thiel. Beard caught one pass for nine yards offensively.

Smetanka said the Bearcats are looking forward to the opportunity to play a nationally-ranked team on its homecoming.

“Our goal is we want to improve overall as a team and get better,” Smetanka said. “I know they’re bringing us in on a homecoming game and they’re going to be excited and I’m sure there will be a really nice crowd. On our end it’s just focusing in on another business trip and just paying attention to us.”