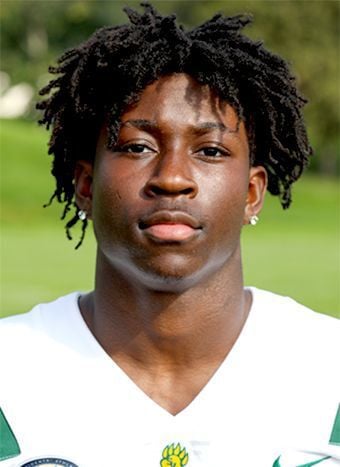 The St. Vincent College football team will compete in a bowl game for the first time in a decade.

SVC coach Aaron Smetanka said he and the Bearcats’ coaching staff were already beginning to conduct “end of season” meetings when they heard the news that they’d be competing in a bowl game.

“We are really excited over here, it was a huge shock actually,” Smetanka said. “Our ultimate goal this year was to keep pushing and moving forward, and to get an opportunity to play in the post season. It’s crazy how this opportunity played out.”

St. Vincent does have one person within the program who has been to a bowl game, and that’s Smetanka.

Smetanka was a senior quarterback on the 2011 SVC team that appeared in the ECAC Southwest Bowl.

The Bearcats lost that game, 23-15, to Lebanon Valley College. Smetanka finished the game 17-of-26 for 221 yards and a touchdown.

“It makes it so much more being a part of it from the playing perspective as a student-athlete and now having the opportunity for the first time on the coaching end, is pretty special,” Smetanka said. “We didn’t complete the task and win the (bowl) game in 2011, so that’s our goal this year to finish things off and keep things going in the right direction.”

There are 300 miles and five hours separating the two schools. Despite the distance, FDU-Florham and St. Vincent have played two times in the past, during non-conference play in 2010 and 2011.

This season, the Devils finished the regular season with a 5-3 record in the Middle Atlantic Conference (MAC) and a 6-4 overall mark.

Smetanka said the coaching staff had to quickly compile film, but he was impressed with what he has watched on FDU-Florham.

“They are very similar (to us) honestly,” he said. “We have been trying to cram in a lot of stuff in a short period of time, but the good thing is I think we have a pretty good grasp on what they can do.”

Smetanka highlighted FDU-Florham quarterback Anthony Caserta. Caserta finished second in the league in passing this season, throwing for 2,487 yards and 25 touchdowns, which tied for first in the conference.

“(Caserta) is very athletic, has a long frame, and has pretty good arm strength and velocity on his throws,” Smetanka said.

Caserta’s season statistics are similar to St. Vincent College quarterback Brady Walker, who threw for 2,729 yards this season, good for second in the PAC. Walker also threw 23 touchdown passes, which also tied for first in the conference.

Smetanka said his team must be aware of FDU-Florham senior defensive lineman, Kenny Hands. Hands has 12 sacks this season, which ranked second in his conference. He also led the league in tackles for loss with 20.

The Bearcats anticipate a key return to the lineup in sophomore receiver Molayo Irefin, who was injured late in the season.

Smetanka also noted that graduate receiver Keith Kalp, a former Mount Pleasant Area standout, is not expected to play in the bowl game. It’s the third straight week he’ll be out of the lineup.

But Smetanka is hopeful to have Irefin back for the Bearcats’ bowl game. Irefin sustained a concussion in SVC’s game against Westminster on Nov. 6.

“(Molayo) really started making great progress at the end of last week,” Smetanka said. “He was probably a day or two away from being cleared. Unfortunately, he wasn’t able to play last week but it’s really good for him to get this opportunity to come back.”

Of the eight teams selected to play in bowl games, four of them came from the PAC. The other three PAC teams include Westminster, Grove City and Washington & Jefferson.

Smetanka believes the selection of four PAC teams to compete in bowl games shows the strength of the conference.

“We talk about it all the time with the team, that every week you are playing good opponents in this conference,” he said. “It goes to show, with Carnegie Mellon representing the conference in the national playoffs and then four teams from the conference being selected for bowl games, it’s great to see all of us getting this opportunity to play in a bowl game this weekend.”