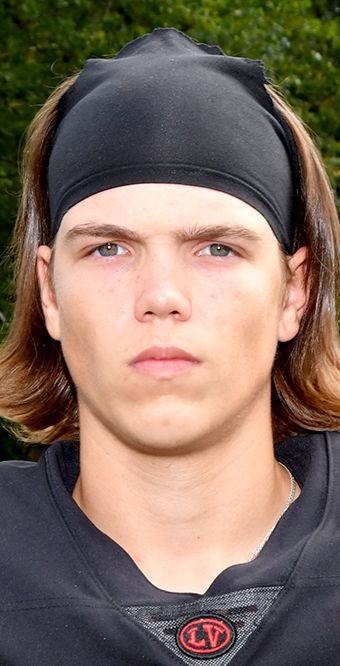 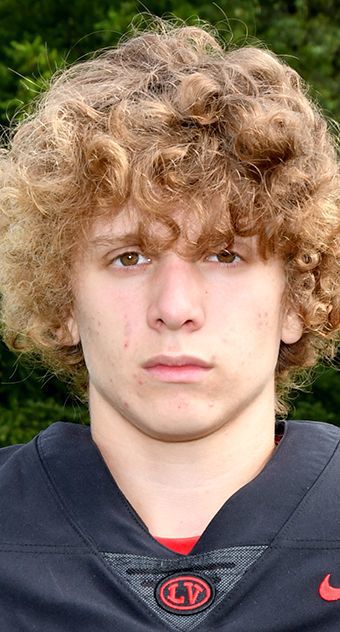 Boring and Beard both recently committed to Washington & Jefferson, not just for football, but also baseball.

“I am happy to announce that I will be furthering my academic, baseball and football careers at Washington & Jefferson College,” Boring revealed on Twitter, while thanking his coaches for their support.

Boring and Beard were part of a senior class that won 51 football games at Ligonier Valley, more than any other class in school history.

The group helped Ligonier Valley capture PIAA District 6 Class 2A championships in 2016 and ’17, and advance to the state semifinals and quarterfinals in those respective seasons. Ligonier Valley, which will play in the WPIAL next season, won four consecutive Appalachian Bowl and District 6 Heritage Conference championships. The Rams finished play in the Heritage Conference on a 37-game winning streak and reached the District 6 Class 2A championship this season before falling to Richland.

“Ethan is a culture builder that has a lot to offer,” Ligonier Valley coach Roger Beitel said. “You aren’t going to find a much better kid that will do anything for his team. He’s a selfless athlete who is one of those kids that was at the core of our success, but flew under the radar.”

Boring and Beard helped the Ligonier Valley baseball team reach the quarterfinal round of the District 6 Class 3A playoffs during the last season. They also helped the Rams win their first Heritage Conference championship in baseball in seven years. Ligonier Valley outscored the opposition, 151-41, in its first 17 games, opening with 11 straight wins before the Rams’ initial loss of the season.

Boring finished third on the Ligonier Valley defense with 44 tackles, including 37 solo, and nine tackles for loss during the football season. Boring also added an interception, four passes defensed and a forced fumble defensively, while contributing two touchdowns offensively.

Boring has currently helped the Latrobe Legion baseball team to a 14-6 overall record and an 11-1 WCALB mark.

“Ethan is a rare breed that is totally prepared to be a dual sport college athlete,” Beitel said. “Division III sports is a place where diverse athletes can thrive and that is what I expect to see from Ethan.”

Beard led Ligonier Valley wide receivers during the football season with 48 receptions for 765 yards and seven touchdowns. He averaged 64 yards per game and 16 yards per catch with a long of 67 yards this season.

Beard led the Rams with seven interceptions, four passes defensed and a blocked punt, while also adding 34 tackles defensively, including 25 solo. Beard was a specialist for the Rams with four touchbacks, and an average of 48.5 yards per kickoff, in addition to 32.2 yards per punt. He also kicked 54 extra points and a 25-yard field goal.

“Johnny is another athlete that wore many hats for us and was a huge part of our team’s success,” Beitel said. “He’s another ultimate team player that loves playing sports and is another culture driver that will be a huge addition to the W&J programs.”

Beard hit .256 for the Rams with 18 runs, eight RBI and 10 stolen bases. He also pitched 12 innings with a 1.17 earned-run average, allowing three runs, two earned, on 16 hits with seven strikeouts and one walk.

“Being a two-sport athlete is rare at the college level, but Johnny will do great as a part of both teams,” Beitel said.