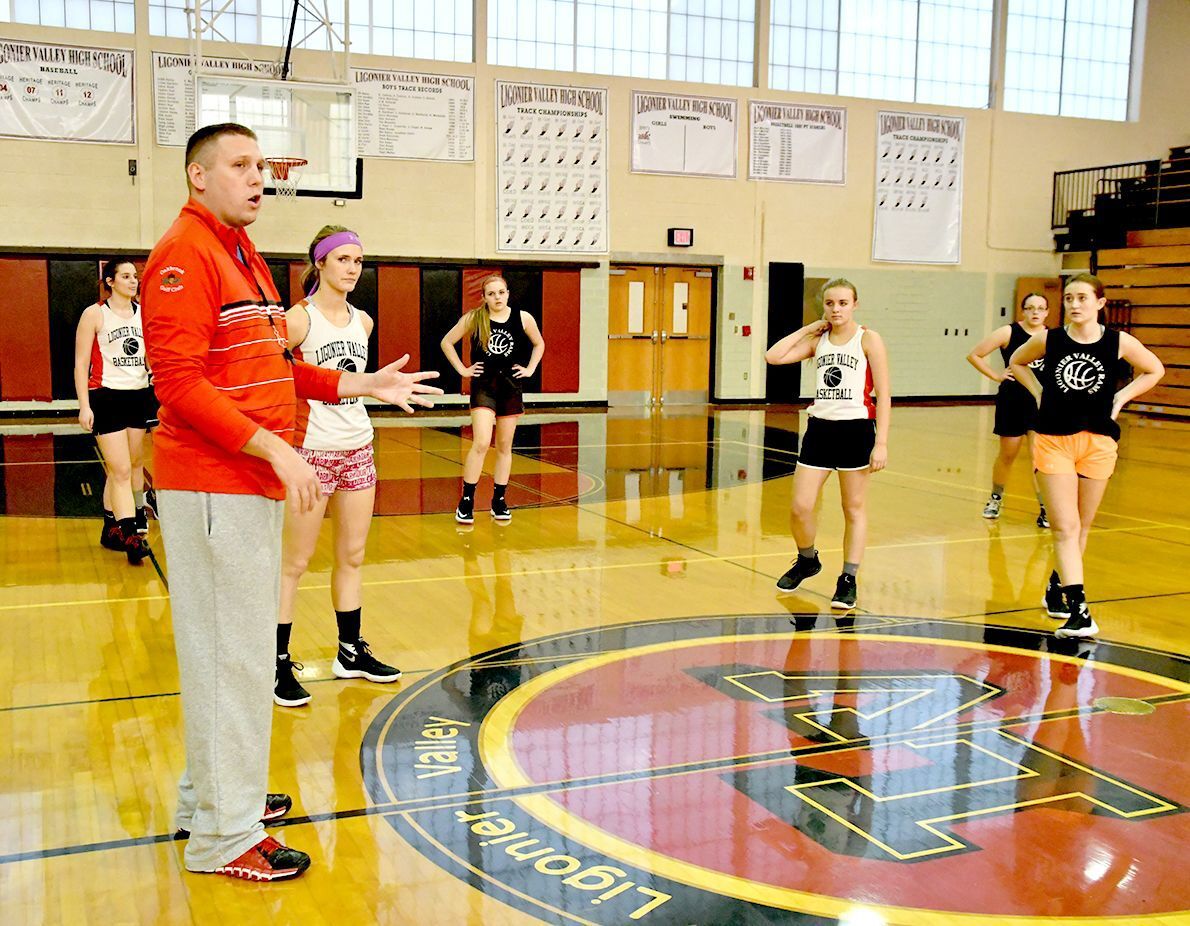 Tim Gustin served as the Ligonier Valley girls’ basketball coach for five seasons, but now he takes over as the boys’ coach following the resignation of John Berger. Gustin, who led the Lady Rams to three playoff appearances, now heads a team that has reached the District 6 championship game the past three seasons. 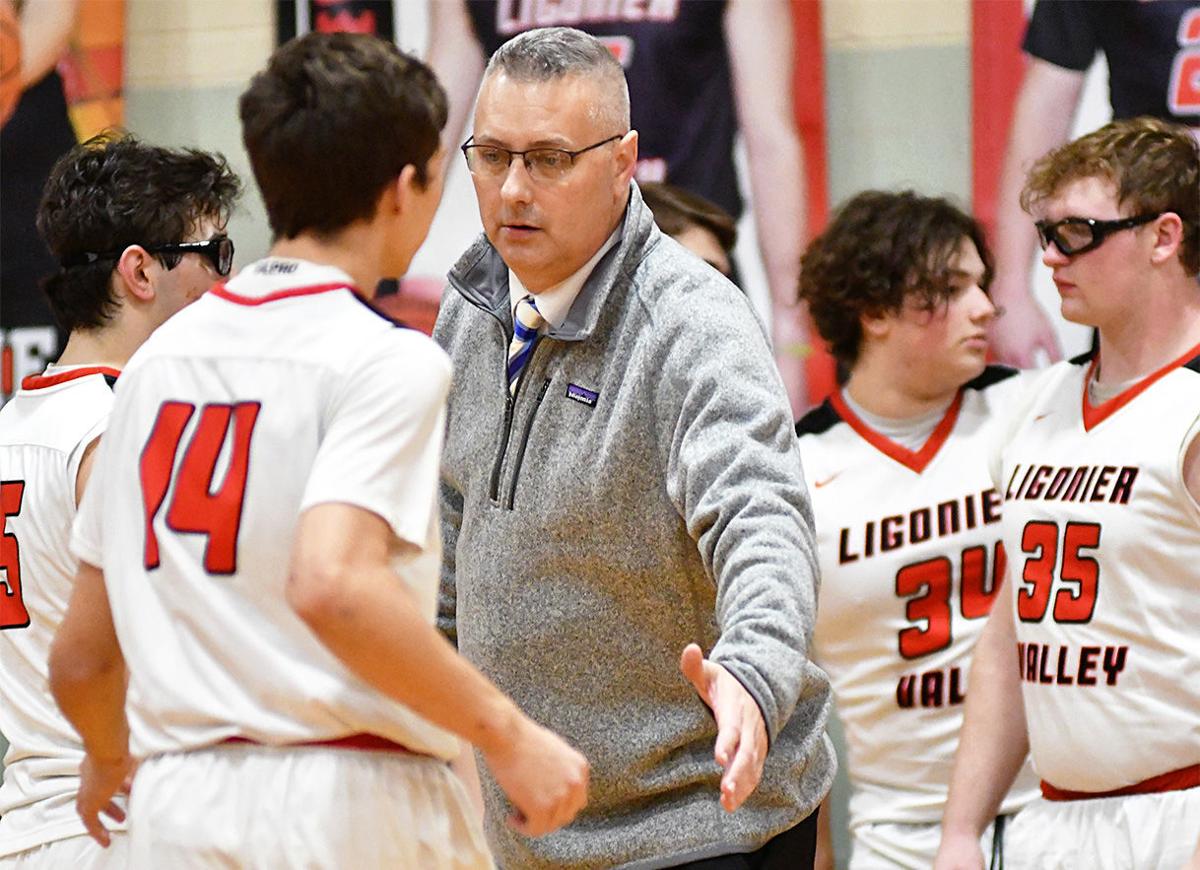 Tim Gustin served as the Ligonier Valley girls’ basketball coach for five seasons, but now he takes over as the boys’ coach following the resignation of John Berger. Gustin, who led the Lady Rams to three playoff appearances, now heads a team that has reached the District 6 championship game the past three seasons.

Changing a head coach so close to the start of a season can be a logistical nightmare.

So imagine having to go through that — not once, but — twice in the same season.

Yeah, it’s been quite the five-and-a-half months for Siko.

That’s all the longer it’s been since Siko took over as Ligonier Valley’s AD.

During that time, he’s also had to navigate through the coronavirus (COVID-19) pandemic and the interruptions that has caused. In fact, the school district just returned to hybrid learning this week after being shut down for a period of time.

Now, Siko is in the process of trying to find a head coach for the girls’ basketball program — he’s currently serving as that on an interim basis — with the start of practice one day away. And that’s after the boys’ head coaching position was just filled by Tim Gustin, who was Ligonier Valley’s girls’ coach, with the recent resignation of John Berger following the second of his two-year stints.

“We’re just playing it week by week right now,” Siko said in reference to the virus. “We’re going to do whatever we can to make it safe for our athletes. We have complete faith that we can make it work.

“Obviously this year, with COVID, nothing’s that easy. It’s just another thing we have to deal with, but I’m confident that it’ll be smooth transition for both positions.”

At least Gustin is already in place as the boys’ basketball head coach. He moves over from the girls’ program, where he spent five years (2015-20) with three District 6 quarterfinal-round playoff appearances (2016-18) before falling on hard times the past two seasons and his teams going 37-74 overall.

Gustin replaces Berger, who led the Rams to the district championship game and state playoffs in each of his last two seasons (2018-20) after winning it all under Todd Hepner the one before that. In all, Berger was the boys’ head coach for four seasons from 2011-13 and 2018-20. He went to the district quarterfinals the first two times, and posted a 78-24 record.

“It will be big shoes to fill after coach Berger and coach Hepner have set an extremely high bar,” Gustin expressed. “With us moving to the WPIAL, it will be another challenge with all the strong competition we will play.”

Ah, yes. Ligonier Valley is back in the WPIAL after spending the last 50-plus years in District 6, and that’s on top of the virus and what that might mean for the season.

“Having the change happen so close to the start of the season would be difficult in any year, but especially hard with COVID restrictions and not being able to introduce myself or meet with the kids before the start of practice,” Gustin indicated. “I have contacted current players via email and gave them some information about my coaching style and expectations I have for all of the teams I coach.”

Because of time constraints, Berger felt he needed — but really didn’t want — to resign as Ligonier Valley’s boys’ coach. He’s the Ligonier Valley police chief and, starting January 1, will become president of the Westmoreland County Chiefs of Police Association.

“I am excited to have the opportunity to take over a program that has had such great success recently,” Gustin added. “This isn’t an ideal situation with all that’s going on, but I am excited and look forward to the challenge of continuing the success the program has become known for.”

In the meantime, Siko and the school district are still in the process of doing interviews for the girls’ basketball job. If nothing transpires before the December 2 school board meeting and the season opens next month, then Siko will be that person.

“We want somebody for the future of the program. We’re not looking for a short fix,” Siko indicated.

“We are still in search of a head coach. Hopefully we can recommend one to the school board by the December meeting. But, if not, it’ll be a fun season regardless.”

Siko played basketball at Greensburg Salem High School and Thiel College, where he received bachelor degrees in accounting and business administration before earning a masters in sports management at Indiana University of Pennsylvania.

That said, Siko has also desired to give coaching a try at some point. He’s just not sure if this would be the right situation...not that he would turn down the chance with the Ligonier Valley girls’ program.

“It’s something I’ve always been passionate about. It was just common sense to want to be a coach,” Siko stated.

“But I know my duties as an athletic director supersede that. I’m happy to be in whatever position the administration puts me in.”

As for the lateness of the basketball changes, Siko said he isn’t too concerned. So far, so good.

“I think it’ll be fine,” Siko offered. “We’ve already had talks with the boys’ coach and administration, and I think we’ll be OK with the girls, too.

“We have an easy transition plan in place. I think everything’s going to be fine.”