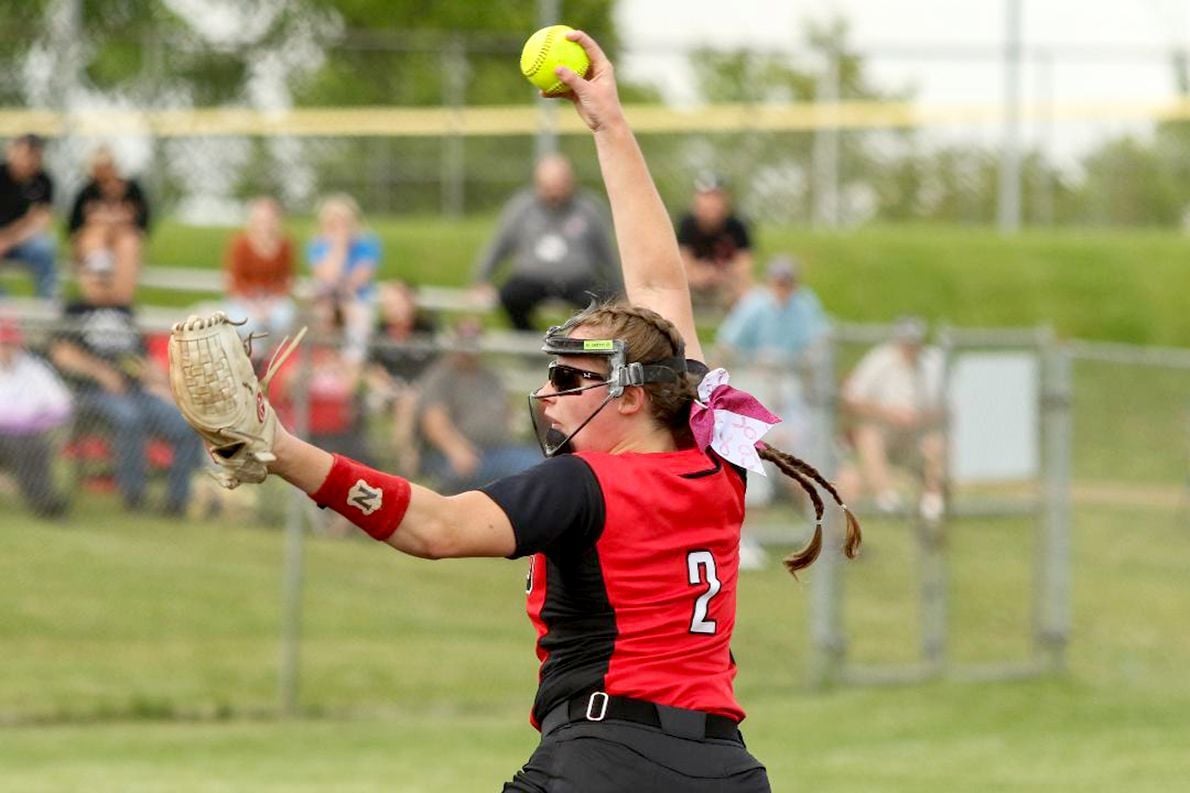 Maddie Griffin and the Ligonier Valley girls’ softball team will compete in a state title game for the first time in program history when the Lady Rams meet District 4 champion Line Mountain during the PIAA Class 2A State Softball Championship game, scheduled for 11 a.m. Thursday at Penn State University’s Beard Field. Griffin is 19-2 this season, and she has allowed 11 runs — seven earned — on 22 hits for a minuscule 0.36 earned-run average. Griffin, who boasts 16 shutouts, 11 no-hitters and four perfect games this season, has walked 39, hit 11 and struck out an eye-popping 299 batters in 135 innings. 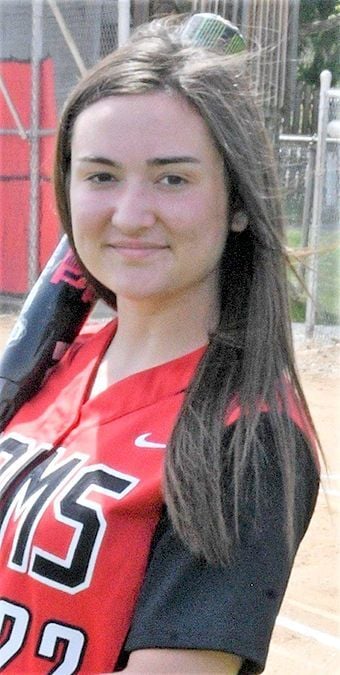 Each year before the playoffs begin, longtime Ligonier Valley softball coach Mark Zimmerman seeks to motivate his players by telling them that there hasn’t ever been a state championship-winning team in school history.

These current Lady Rams are on the precipice of becoming the first to make history.

“It’s really special,” Zimmerman said. “We’ve been trying to get to this point for a long time. It’s special, emotional and all those things that you would think it would be when you’re finally getting a chance to do something you’ve wanted to do for a long time.”

The Laurel Valley boys’ basketball team won semifinal-round matchups in 1969, 1970 and 1971, but lost in the state championship game, and the Rams lost a semifinal in 1972 and the consolation game to take fourth in the state that year.

“They’ve heard me talk about the history for a number of years,” Zimmerman said. “They understand the effort it’s going to take. We’ve had some good discussions and they know exactly where they’re at. We start with the same goals every year, and so far we’ve made most of them. We didn’t get the district title, but there’s one goal left, and that’s to win it all.”

The current Lady Rams – they finished third in Class 2A during their first season back in the WPIAL – are the only girls’ team in school history to advance to a state title game.

The Ligonier Valley girls’ volleyball team – then nicknamed the Lady Mounties – reached the semifinals and finished fourth in the state during a double-elimination tournament in 1976. The last Ligonier Valley team to advance to the final four in state competition before the current group was the 2016 Ligonier Valley football team, which lost in the Class 2A semifinal.

Prior to this season, Ligonier Valley advanced to the quarterfinals of the state softball playoffs twice since 2010. In 2013, the Lady Rams lost against Riverside, the WPIAL champion, and they fell against District 4 champion Montgomery in 2010. The Lady Rams also lost against Ellwood City in the opening round of the 2017 state playoffs.

This year’s team is rewriting the script.

“It’s very exciting,” said Zimmerman, who’s in his 22nd season as head coach. “I grew up here, I went to school here, I’ve done everything here. We’re just thankful for the opportunity that we have.”

The Lady Rams earned an opportunity to play for the state championship following a 6-1 rout of Union City during Monday’s PIAA Class 2A State Semifinal at Slippery Rock University.

Prior to that game, the Lady Rams were forced to endure another lengthy rain delay, as showers fell for almost two hours at Slippery Rock University, and later again when a torrential downpour hit the area. It was the third time in five games that Ligonier Valley battled the weather, as the Lady Rams experienced long delays in the WPIAL Class 2A semifinals against Shenango – a two-day pause in that game – and the PIAA quarterfinals versus Chestnut Ridge.

Fortunately, for the Lady Rams, clear, sunny skies are forecast for Thursday at State College with a high of 75 degrees.

“We’ve sure seen our share of rain,” Zimmerman said. “It doesn’t look like we’ll see any rain on Thursday.”

Standout junior Maddie Griffin led the charge in the circle against Union City, allowing just one run – a seventh-inning homer – in addition to two hits and a pair of walks.

“As always, she’s been very strong,” Zimmerman said. “She’s typical Maddie. She goes out there, does her thing and keeps us moving right along.”

Griffin kept the Lady Rams moving right along into the state championship game, but she had plenty of help.

Ruby Wallace led the charge in the state semifinals with two doubles and a run, while Kailey Johnston also singled twice and scored. Cheyenne Piper doubled, Bella Vargulish singled and scored, and Griffin also helped herself out with two singles and a pair of runs scored.

“We hit the ball and bunted when we needed to and those really helped us,” Zimmerman said. “We got a lead and we were able to build on that. The kids continued to work and keep pressure on Union City and that was really important.”

Ligonier Valley has outscored the opposition 139-11 in 23 games played, an average of six runs scored and less than a half a run allowed per contest. Ligonier Valley broke out for six runs in the state semifinals, but managed just 10 runs in the previous five playoff contests, an average of two runs per game. The Lady Rams scored one run in a state playoff shutout against District 5 champion Chestnut Ridge and three in a one-run victory versus District 10 champion Sharpsville.

Zimmerman is hoping for more support for his standout pitcher.

“It’s always nice when you get more than one or two runs,” Zimmerman said. “When you start getting three, four, or five with Maddie, we start feeling a little more comfortable. We just try to score runs. Sometimes they come and sometimes they don’t.”

“We’re certainly hoping to play as well as we did (Monday),” Zimmerman said. “If we can, if we give our best effort, we’ll be satisfied with the outcome. There’s nothing else you can do.”

Kya Matter tossed a two-hit shutout for Line Mountain and scored the game’s only run in the first inning. Line Mountain hasn’t lost a game since May 12, a 4-1 setback against Shikellamy. The Lady Eagles have won 11 straight, outscoring the opposition 66-2 during that span with nine shutouts, including three straight. Line Mountain hasn’t allowed a run since a 2-1 victory against Wyalusing on June 5. The Lady Eagles blanked District 2 champion Elk Lake in the opening round of the state playoffs (6-0), and the District 3 champion Brandywine Heights (4-0) before Monday’s shutout of District 11 champion Williams Valley.

Zimmerman’s group started on Tuesday preparing for the last game it will play this season.

“We’re not going to do anything different,” Zimmerman said. “We try to take care of ourselves first rather than worry about what Line Mountain does. We can’t do anything about Line Mountain. We can only do what we can do.”

Zimmerman has already received text messages of congratulations from former coaches and players, who wish they could be going through the title-game experience with the Lady Rams this season.

Zimmerman seeks to help those well-wishers live vicariously through the Lady Rams as they try to capture the first state championship in school history on Thursday.

“We’re very excited to be where we are,” Zimmerman said. “We’re going to do our best to finish it out.”