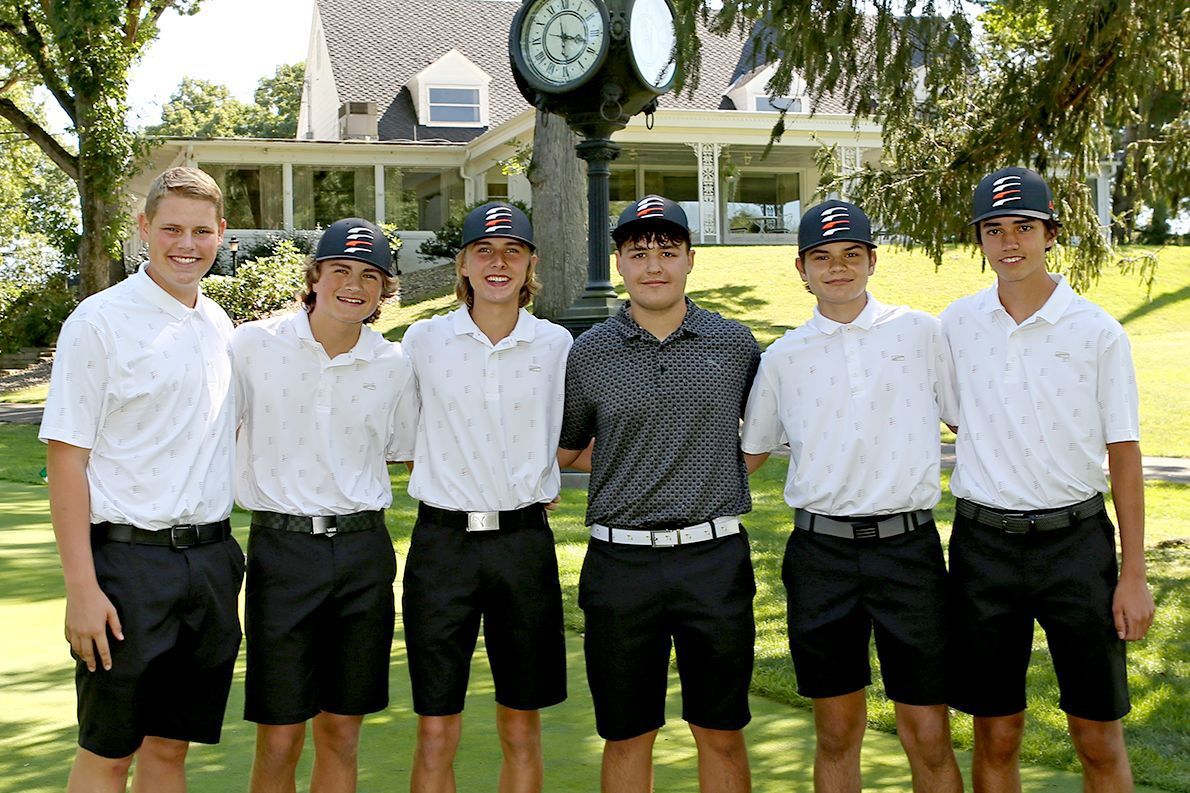 Greater Latrobe golf has been a successful program dating back more than a decade, but 2020 presented a rare down year for the Wildcats.

After winning just one match a season ago, the Wildcats have made significant strides, and have already eclipsed that win total in 2021.

While adding another section title appears unlikely for now, the Wildcats have set their sights on returning to postseason play this season.

“These guys have a goal of making the playoffs,” said Greater Latrobe head coach Scott Reaugh. “That’s good, because that shows they’ve progressed from last year.

Reaugh, in his 15th season at the helm of the program, has guided the Wildcats to seven section titles, including most recently in 2019.

That version of the Wildcats was senior-laden, however, and with a mass exodus because of graduation, the Wildcats were young and extremely inexperienced last year. Dom Atkinson, the only returning varsity golfer last year, started every match as a senior, while his classmate Logan Byrd also was in the starting lineup sporadically. While they have moved on, five other starters return for the Wildcats, led by senior Daylan Yeager, who is the team’s captain.

“He just avoids big numbers typically. I know what I’m going to get from Daylan,” Reaugh detailed.

Fellow seniors Owen Miele and Alex DiBernardo are also staples in the lineup. Miele has been the most consistent player, despite missing significant time over the summer as a result of an injury sustained during baseball season.

Junior Jake Pavlik has also been in the lineup through the first few weeks of the season.

Those players provide the upperclassmen experience that the team sorely lacked last year, but Reaugh knows that there’s more work still to be done.

“They’re definitely more experienced, and they’ve definitely gotten better, but we’re still struggling I think to be consistent,” he revealed. “We definitely have some experience. I just don’t have those one or two kids who can go out and shoot a 35 or 36 on a consistent basis.

“We have eight guys who are pretty comparable,” he continued. “There’s nobody I know who’s going to be my throw out score every day.”

While the upperclassmen are leading the way this year, several sophomores and freshmen have flashed glimpses that has Reaugh excited for the future.

Sophomore P.J. Germano played on the junior varsity team last year, but he showed enough to merit a promotion to the varsity squad by the end of the 2020 campaign. However, Reaugh took a long-term approach to Germano’s development, which has seemingly paid dividends this year.

“I just thought it was better for him to stay at JV and get more match experience,” the veteran coach noted.

J.M. Krajc, another sophomore, elected to join the team this year after not playing a year ago. Also a hockey goalie for Greater Latrobe, Krajc has been playing in the No. 6 or No. 7 spots in the lineup in every match thus far.

“I really think both of them, by the time they’re seniors, are going to be pretty good,” Reaugh said of the duo.

The freshman class provides even more optimism for Reaugh, as nearly 20 ninth-graders attended tryouts, which allowed the roster to swell to 32 golfers this year. That’s a welcome sight, and a reversal of the recent trend for the Wildcats.

“The last couple of years, I’ve been hurting for numbers,” Reaugh admitted.

Despite several positive developments from last year, the Wildcats still have a long way to go before they can legitimately challenge for district supremacy again.

“There’s certainly some things I can help them with, especially in terms of course management, but it’s tough to completely change a kid’s swing in September when they’ve been playing all summer,” Reaugh revealed. “A lot of these guys picked up the game of golf late. In the past, I had guys starting golf at ages 7 or 8.”

Non-section matchups against Franklin Regional, which is the defending WPIAL champion, and Pittsburgh Central Catholic, which appears to be the favorite this year, showed that the Wildcats will struggle to match up against the elite opponents.

“We’ll be ok in the section,” Reaugh stated. “We’ve seen what’s out there in our tournament. We’re not quite in that caliber of a Fox Chapel or Franklin Regional or Pittsburgh Central (Catholic).

Residing in Class 3A Section 1, the Wildcats compete against Armstrong, Greensburg Salem, Hempfield Area, Indiana Area, Norwin, and Penn-Trafford. To this point, the Wildcats have already defeated the Riverhawks and Knights. The home victory against Armstrong came via the margin of 223-238, while the triumph against Norwin, also at Latrobe Country Club, came by a single stroke – 226-227.

“If we can win our home matches, we have a chance to maybe make the playoffs,” said Reaugh, noting that the Knights, Penn-Trafford, and Indiana Area are among the top challengers in the section.

A year ago, Norwin reached the team finals, while the Warriors and Little Indians also made the playoffs.

Regardless of their playoff fate and final record, the Wildcats have already shown that last year’s struggles are in the past, and they are motivated to return the program to its previous success.

“They listen. They want to improve. I think that will bode these guys well,” Reaugh stated.