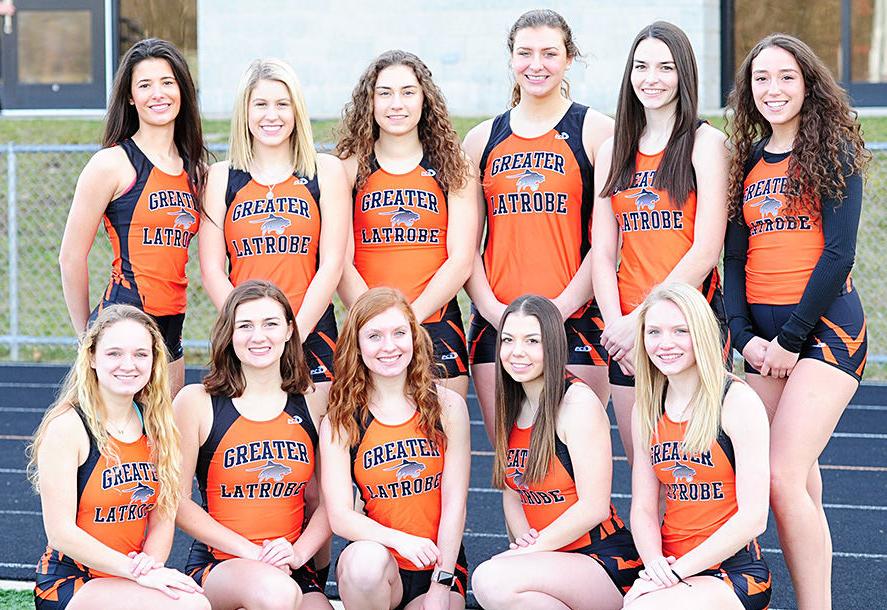 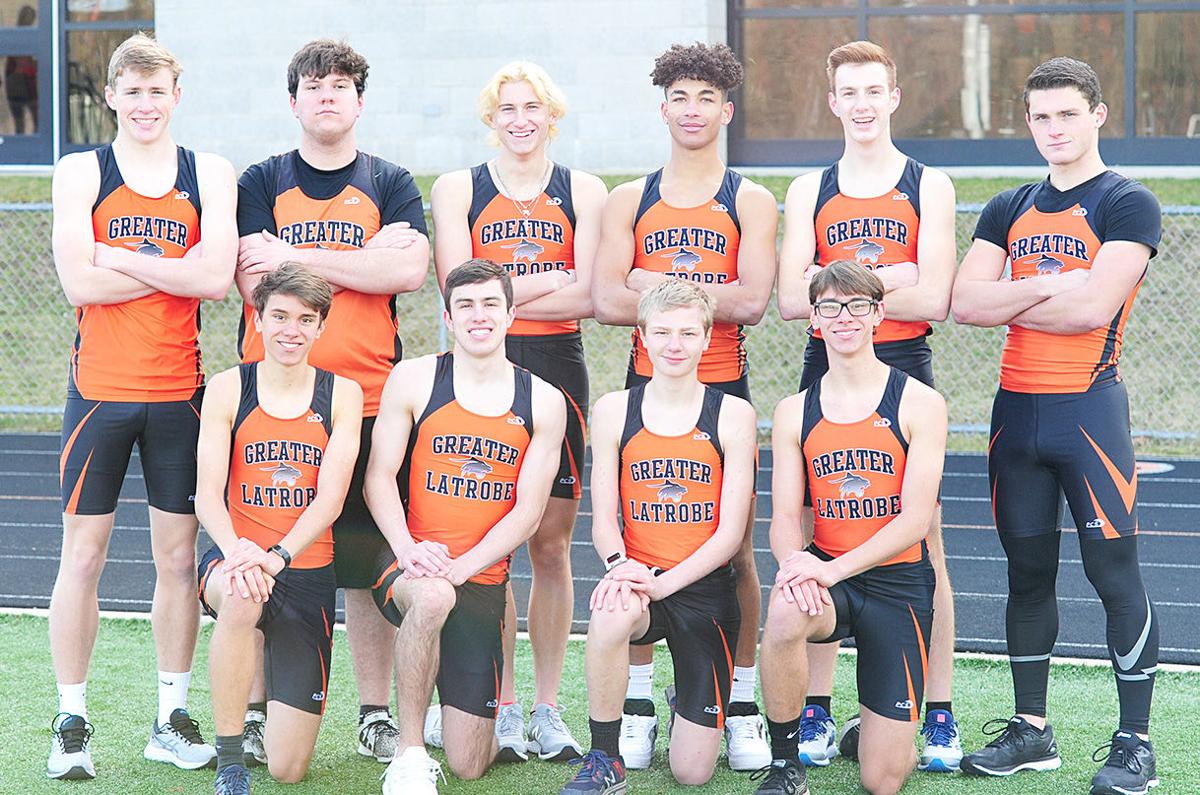 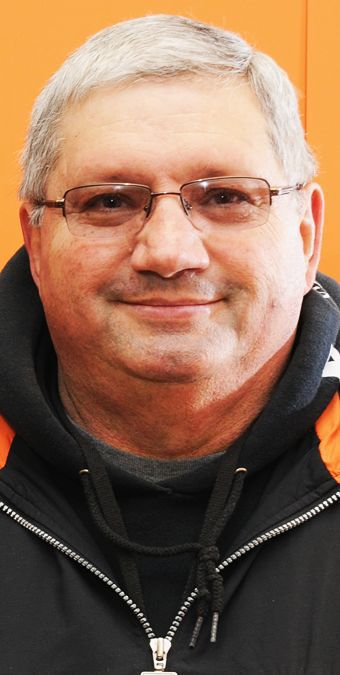 Andy Wnek is not used to having this much free time on his hands in late March.

Greater Latrobe’s head track and field coach has been at the helm of the Wildcats’ program for the past 23 years and has been coaching in some form every spring since 1990.

For the past few weeks, however, the spring sports season has been halted as a result of the coronavirus (COVID-19) pandemic. The track and field campaign is very much in doubt before the first meet ever occurs, with no timeline in place for high school athletics to resume.

“Last time we had the team together, I was distributing uniforms for yearbook and individual pictures. That was (March 13). On Saturday (March 14), we took the pictures and I collected the uniforms back,” Wnek said.

In the face of that uncertainty, Wnek has stressed a positive mindset to his team and has also implored his group to stay in shape, even without the normal team practices and activities.

The few weeks of practice earlier this month gave the Wildcats a good indication of what workouts were instrumental in their training while Greater Latrobe’s strength and conditioning coach, Jordan Jury, has begun posting online workouts for the athletes.

“You know basically what your event group is doing,” Wnek noted of individual workouts. “I don’t want sprinters going out there and running five miles a day. Make sure you sprint...run up those hills distance kids.

“Obviously they’ve got to do some distance work. I told our throwers to find something heavy and throw it — just don’t hit anybody.

“Just stay in shape, because we’ve been doing this — with indoor track, we started in November. You can’t take two weeks off and not do anything, because you’ll lose it all.”

If the season does resume, Wnek feels like he has talented — albeit relatively inexperienced — teams. Last year, the girls team finished second in the section behind only Norwin and qualified for the WPIAL postseason. The boys team narrowly missed the postseason, finishing behind both Norwin and Hempfield Area.

The Lady Wildcats looked poised to have a strong group of sprinters, but that unit took a pair of massive hits.

Top runner Faith Mucci is still rehabbing from an ACL injury, although the delayed start of the season could aid her comeback efforts. Meanwhile, another top runner from last year’s team, Brooke Garris, moved out of the district. Last season, that duo combined with Elisha McCoy, who graduated, and Lex Pynos to set an all-time school record in the 400-meter relay. Mucci also set the school record in the 100-meter dash.

With only Pynos back among that quartet, GL has plenty of unproven commodities. Some of the girls likely to see expanded roles in sprints include junior Courtney Schmauch, sophomores Jenna Mucci, Lauren Davis, and Martina Ciafre, and freshmen Ramiya Henderson and Allyson Homer.

“That’s where we thought our strength would be again on the girls’ side, but a lot of them are young kids,” Wnek said.

Among the distance runners, Rachel Harter and McKenna Skatell are the top returners, but the depth could be lacking.

The Wildcats should be loaded in the jumping events with senior Sadie Wetzel leading the way.

In throwing events, Greater Latrobe will lean heavily on sophomore Anna Rafferty, who is also a basketball standout. Quinn will also contribute in the javelin, but the rest of the competitors are mostly unproven.

“There’s some young girls, some first-year athletes who are out for track. We’ll have to see how they develop under these conditions,” Wnek detailed.

On the boys side, GL’s sprint unit will basically start from scratch, as all four members of the record-setting 1600 relay team have graduated.

Zakh Williams and Joe Piper both competed at Seton Hill University earlier this year prior to the cancellation of the college season while Mitchel Carl and Connor Pickup have also moved on. That group captured three medals in the PIAA State Championships last spring.

When it comes to distance, twin juniors James and Joe Hill will guide the unit while fellow junior Justin Carlson and senior Clayton Sakalousky will also contribute.

“We’ve got some optimism with the sprinters coming back to hold their own,” Wnek stated. “I feel really good about our boys’ distance. That’s a good group.”

Stevens will not only be among the top sprinters for the Wildcats, but he’ll anchor the jumps, as well. A year ago, Stevens narrowly missed setting the school record in the long jump. He was approximately an inch short of breaking the mark that has stood since 1931.

“We were hoping to change that, but unfortunately he’s a senior, so if he doesn’t do it this year, we might have to wait another 90 years,” Wnek joked.

Crosby, who was teammates with Stevens on the gridiron, as well, will also compete in jumps along with junior Michael Brackney and freshmen Josh Coffee.

With the graduation of top thrower Trey Sweeney, the boys’ team will look to junior Connor Burkey to lead the way in 2020. He’ll be joined by classmates Nathaniel Banks and Nathan Fagan while less established throwers have impressed with their work in the weight room, according to Wnek.

In WPIAL Class AAA Section 1, Hempfield Area and Norwin appear to be top contenders once again while Penn-Trafford, Greensburg Salem and Indiana Area round out the section. With two playoff spots up for grabs, the Wildcats are hoping to once again be in contention, and Wnek knows his squads will have to win some tightly-contested meets.

Playoff aspirations, however, are secondary at this point, with the status of the season is at the forefront. While the PIAA has not ruled out having spring sports, it appears school districts across the state will remain closed for weeks to come.

If the season is ultimately canceled, it will be an unfortunate conclusion to the careers of more than 20 seniors on the roster

“That’s one conversation we really didn’t have,” Wnek said. “We tried to be as positive as we could be...tell them to keep working, stay in shape.

“You get to know these kids pretty well, and you’d hate to see it just end like this,” he concluded.