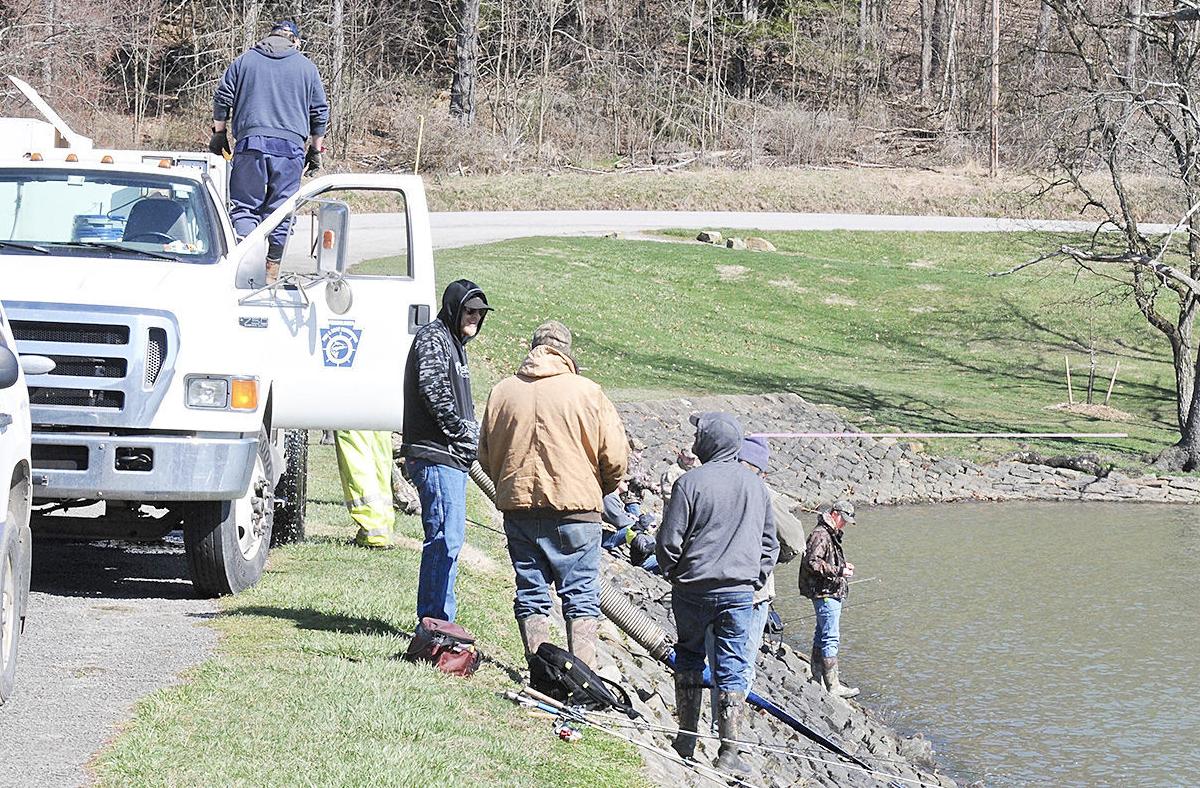 A few fishermen stand on the bank of the dam at Keystone State Park near New Alexandria waiting to try out their tackle on the newly stocked trout. It’s catch-and-release only until the start of trout season on Saturday, April 18. 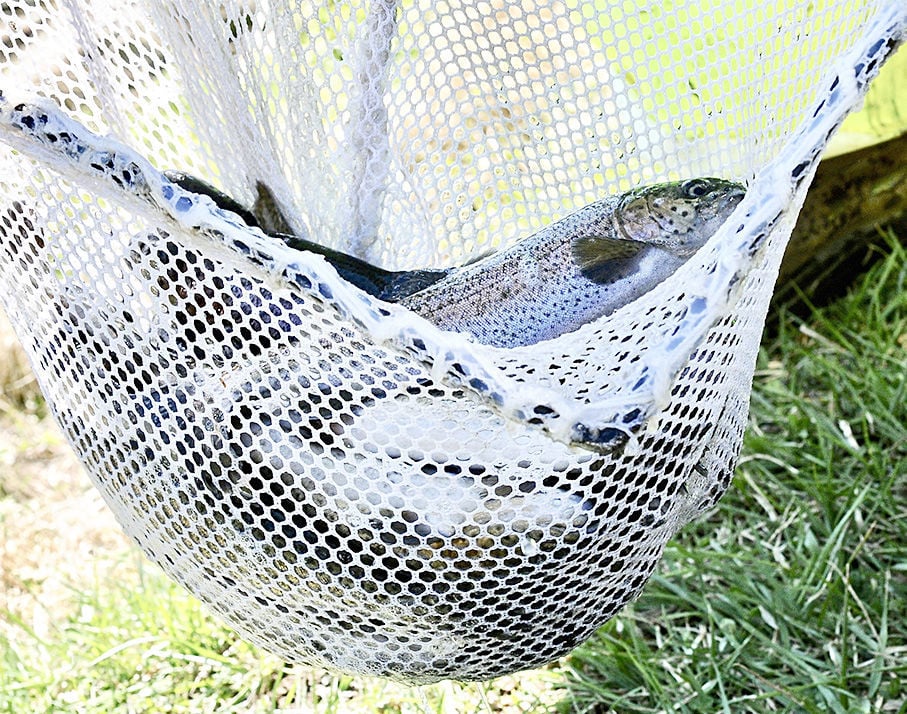 A net full of trout is readied for placement by a waterways employee in the lake at Keystone State Park. Persons are reminded that, because of the coronavirus, they are not permitted to assist with stocking as in previous years.

A few fishermen stand on the bank of the dam at Keystone State Park near New Alexandria waiting to try out their tackle on the newly stocked trout. It’s catch-and-release only until the start of trout season on Saturday, April 18.

A net full of trout is readied for placement by a waterways employee in the lake at Keystone State Park. Persons are reminded that, because of the coronavirus, they are not permitted to assist with stocking as in previous years.

Some of us believe in it, while others don’t.

But one thing’s for sure...global warming is a fact.

Through research, it’s been found that this worldwide reaction is definitely having an effect on trout. According to the Natural Resources Defense Council, “Global warming is the single greatest threat to the survival of trout in America’s interior Wet.”

If there was anything to hit the nail on the head, it was the council’s next sentence.

“If nothing is done to reduce human-produced greenhouse gas emissions — the primary culprit behind global warming — trout habitat throughout the Rocky Mountain region could be reduced by 50 percent or more by the end of the century.”

One may think we, here in the Eastern states, should have no worries, but that is altogether false.

It’s just like the coronavirus (COVID-19). A good many people in our country blame China.

One person even went so far to call it a “hoax,” for it was something far away and, by any means, could not find its way into our part of the states where we, too, have gas emissions entering the air and raining down on us during downpours, sometimes in a sprinkle...others, in flooded waters.

“This lack of habitat,” stated the council, “would bring fewer opportunities for anglers to enjoy sport-fishing, resulting in serious economic consequence for those who depend on fishing, recreation and tourism activity for their livelihoods. Although we are already seeing declines in trout populations and habitat, it is not too late to avoid the mot serious impacts of global warming on the important coldwater fish.”

Numerous rivers were mentioned, all titled with the names that stand out as great water basins. Hallowed waters for trout anglers, will change in contour.

One river in particular, the Bighorn River in Montana, has suffered from drought over the last several years. That points to the fact there has been no water in reservoirs.

In addition, in that part of the country, there has been record-breaking high temperatures. That could easily spell out the reason for the drought conditions.

“Even tailwater fisheries once thought immune to warming due to their location below immense dams that discharge cold water far below the surface will be affected,” the council stated.

Talk about the impacts. This isn’t just a trout problem, but an economic one as well.

“Trout has become integral,” the council said, “to local and state economics in interior West.”

In 2002, fishing in Colorado brought in more than $800 million, and Montana, $300 million from fishing revenue.

And that doesn’t include the jobs lost as a result of the warming trend. Just in Colorado alone, there were 11,000. It is difficult to imagine how much monetary loss coincided with that amount.

The NRDC stated, “On the national level, strong federal action to reduce emission of global warming pollutants at least 80 percent below current levels by the year 2050 is a necessary step to limit warming below dangerous levels, and to give businesses the certainty they need to plan large capital and investment projects.

“In the West, states should adopt their own binding policies to reduce emissions in a similar fashion. This challenge can be met through improvements in building vehicle and industrial efficiency; increased investment in renewable energy and low carbon and store carbon emissions.”

Thinking it will be some time until global warming affects us in such a way is ludicrous. Just as some thought that the COVID-19 virus would stay in Asia and Europe and not come to the United State of America, we are severely affected by it.

Such is the case with the trout that organizations, such as Forbes Trail Chapter Trout Unlimited, based in Latrobe, is trying so hard to maintain habitats so the that trout of all species can live a healthy life without the fear of global warming interference. FTTU has done so much.

In addition, it is the responsibility of all mankind to control the gas emissions and the pollutants that empty into our waters. If man doesn’t do his part, believe it or not, nature will.

Once it’s done, there’s no going back. It’s as simple as that!