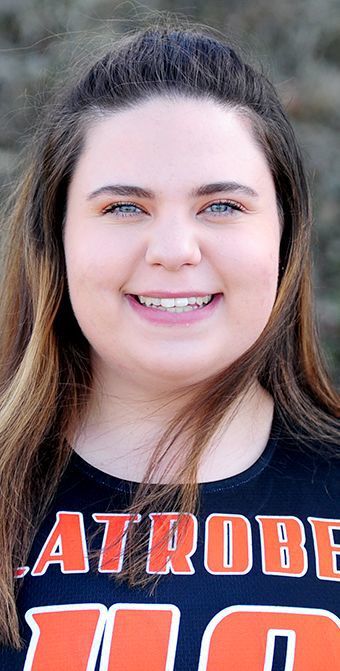 No. 6 North Allegheny (15-3) took advantage of its speedy attack for a fast start during a 20-2 WPIAL Class 3A First Round playoff win.

Carolina Walters and Sarah Matsko accounted for Greater Latrobe’s two scores. The Lady Wildcats concluded their season with an 8-11 overall record and 5-5 in section play.

The Lady Tigers scored their first goal after 81 seconds and broke open a 9-0 lead through the game’s opening eight minutes.

“They’re a fast team,” Greater Latrobe head coach Kaytie Costic said. “Their offense is really run and go. They drive to goal, and they had girls who were fast, and they can pass and catch really fast. It was really a lot for our defense to adjust to.”

Among the first nine goals, North Allegheny’s Katie Oates netted her 100th career goal and added a brace later on.

Walters, Greater Latrobe’s leading goal-scorer, sailed a shot past North Allegheny goalkeeper Izzy Trunzo to put the Lady Wildcats on the scoreboard with 15:39 remaining in the first half. Senior Taylor Desko provided the assist.

Walters, a junior, finished the season with 37 goals.

But after both teams endured a nine-minute goalless spell, North Allegheny scored at the 6:35-mark and added two more to lead 12-1 at halftime.

North Allegheny recorded the next five scores until Greater Latrobe’s Sarah Matsko pulled one back off a free position with 12:45 remaining in the contest to make the score 17-2.

However, North Allegheny tallied three more goals, the last coming at the 5:55-mark, to seal an 18-goal victory.

“Our girls definitely kept fighting until the end,” Costic said. “I’m proud of them for making the playoffs. I don’t have any complaints about their hustle. They were focused from start to finish.”

“Offensively, when we got the ball down, we saw a lot of good things,” Costic said. “The girls were moving the ball and they were cutting, but we didn’t get the ball down as often as we would have liked. We definitely struggled transition wise.”

Monday night was Greater Latrobe’s first postseason appearance since the 2017-18 season, when the Lady Wildcats fell 23-3 against Sewickley Academy in the WPIAL Class 3A First Round.

Walters and Alexa Jogun are Greater Latrobe’s lone returning starters from the 2018-19 season. That team just missed out on the district playoffs, finishing 6-10 overall. Last year’s season was wiped out because of the coronavirus (COVID-19) pandemic, which means Greater Latrobe had zero rostered players with playoff experience entering Monday night’s matchup with North Allegheny.

“This was a whole new experience for the entire team,” Costic said. “I definitely think that next year our goal will be to make playoffs again.”

“It was a good experience for them,” Costic said of qualifying for the playoffs. “That’s what we told them, ‘Just come out and have fun with it.’”