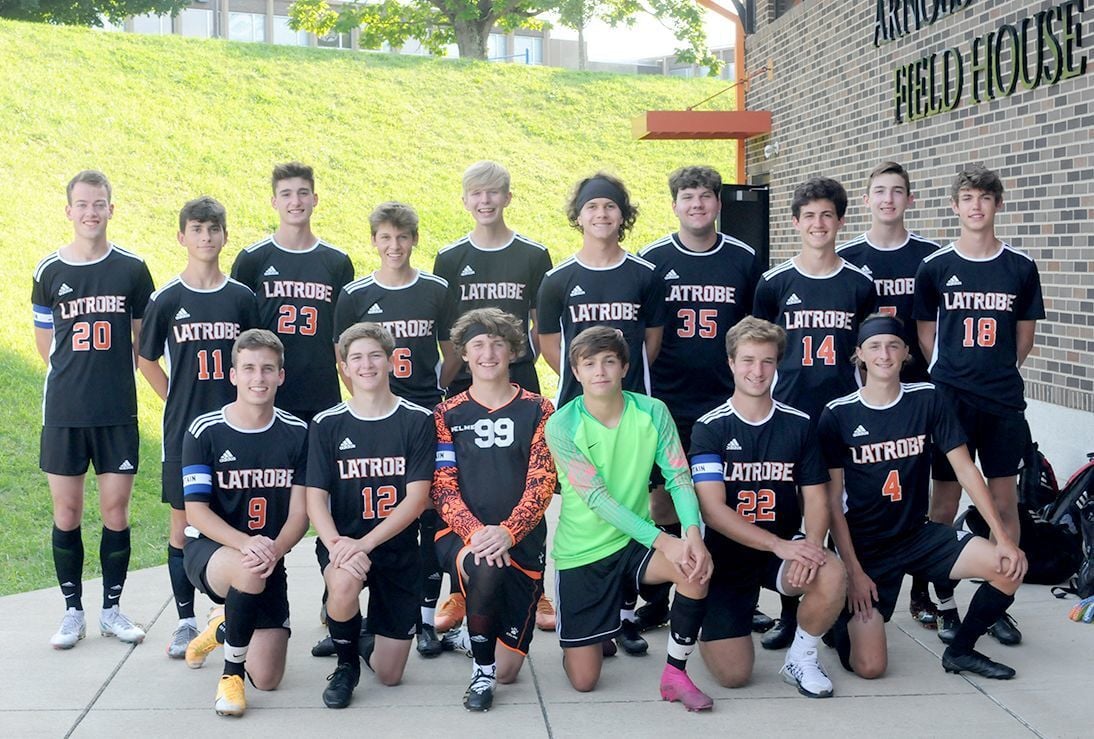 After the passing of his wife of nearly 50 years, Tom Kennedy wasn’t sure if he still wanted to coach soccer.

So he stepped away last year following five seasons as head of the Greater Latrobe boys’ program.

During that time, Kennedy found out that, yeah, he did miss it. But he kept his hands in the sport by serving as a volunteer assistant with the junior high and varsity girls teams.

Now, after a one-year hiatus, Kennedy is back as Greater Latrobe’s head coach.

And with seven full-time starters and nine other lettermen back, he’s looking forward to picking up where the Wildcats left off in 2018, when they made the playoffs for the second time in his previous stint as coach.

“I liked not having all the responsibility as a head coach,” Kennedy allowed. “But I realized I could still do this and I enjoyed it.

“When the position opened up, I had parents call me and asked me if I would come back, and the boys did, as well. They didn’t want me to leave in the first place.

“They understood why I did leave, though. I left on good terms.”

Another person who’s known for his soccer prowess in the area, Vince Pimpinella — who headed the GL girls’ program at one time — served as the boys’ coach last season. Under Pimpinella, the Wildcats just missed making it two playoff appearances in a row, finishing fifth in the section at 5-8-1 (7-9-1 overall) before Kennedy took over again this year.

Prior to that, Kennedy was the head coach at Greensburg Central Catholic for 15 seasons, winning 11 section and three district (WPIAL) championships. He then left to start the men’s and women’s programs at Westmoreland County Community College and was there from 2011-13.

“I had to make sure,” Kennedy said of his decision to return at GL. “I wasn’t against it, but I had to re-apply.

“As time when on, I decided that I wanted to come back. And I’ve enjoyed it.

“I think the kids are happy I’m here. And that’s nothing against Vince because I’m one of his biggest supporters.

“I know the kids and they know me, so it was an easy step-back. Of all the kids on the roster, only two have never played for me at some point.”

Most of those players also have at least some varsity experience with seven of them returning as starters, including leading scorer Nolan Agostoni, a senior striker. The others are seniors Ryan Banks (forward), Nate Myers (midfielder) Ian McHugh (defender) and Tanner Sabol (goalkeeper), and juniors Nico Lorenzi (forward) and Ben Hamaty (defender).

However, Kennedy said that some position battles are ongoing as the season approaches. Right now, he lists Agostoni, Ryan Banks, Lorenzi and sophomore Vincent Oddo as the forwards; Myers, senior Antonio Kantor, junior William Casey and sophomore Louis Garbeglio as midfielders, and Hamaty, seniors Michael Shoemaker, Micah Conroy and Isaac Bigi, and sophomore Ethan Banks as defenders while sophomore Nate Huczko is the other goalkeeper.

Of the 40 players on the varsity and JV rosters, Kennedy expects at least six others to get into games. They include seniors Nathaniel Banks (forward/midfielder) and Quinn Norman (midfielder), juniors Luke Hamaty (midfielder) and Brennan Campbell (defender), sophomore Christian Mears (midfielder) and freshman Benjamin Bigi (forward).

“We need to do a few things, like play better as a team and be focused on what we need to do,” Kennedy indicated. “It’s doable, and we have the players.

“And we did very well in our scrimmage. But we do have some younger kids who are going to play major roles for us.”

And in the midst of a pandemic because of COVID-19, practice has been a little trying. But Kennedy and the Wildcats are making the best of it.

“I would say the hard part was, at the beginning, we had to break the kids into small groups,” Kennedy pointed out. “Then, as we got closer to the start of practice, we were allowed to be in slightly bigger groups, but still no more than 25.

“And you have to learn some new things, like no handshakes or high-fives or anything like that. It’s a lot of being careful of not getting too close to each other.

“It’s been difficult because you’re trying to run a practice while keeping your distance and maintaining the number of people allowed together, and that goes for the locker room, too. There are too many things you have to be aware of.

“If someone becomes ill, you can’t play for the next 14 days,” Kennedy continued. “We’re not penalized, but you still have to try and make up those games.

“If you can’t make them up within the time frame, your record could be skewed. If you miss games, it could affect your place in the standings simply because you can’t get them all made up in time.

“It’s certainly not like it used to be. And these are high school kids who are used to being around each other.

“We want to try and qualify for the playoffs and win a section title. But are we going to be able to do all of that and is there going to be a full season? That’s difficult to answer right now.

“You don’t know. There are a lot of unknowns.”

That goes for the section to a certain degree, too. This year, Pittsburgh Central Catholic and Taylor Allderdice have replaced Plum and Woodland Hills — two playoff teams a season ago — in WPIAL Class 4A Section 3, and there’s always Norwin, Penn-Trafford, Connellsville Area and Hempfield Area to contend with.

“Norwin is still very good,” Kennedy stated. “Connellsville lost some of its top players, but they’ve been decent the last few years and have always given us problems. And I don’t know anything about the two new teams.

“What I’ve tried to do is take good players and mold them into a team that can win. Anybody who was with me before, except last year’s seniors, went to the playoffs.

“We want to do that again, but we need to do certain things to get there, and they’re buying into it. I think they can do it again.

“They’re all decent players. Vince did a good job with them.

“Winning the section remains to be seen. But I think we have a shot.”