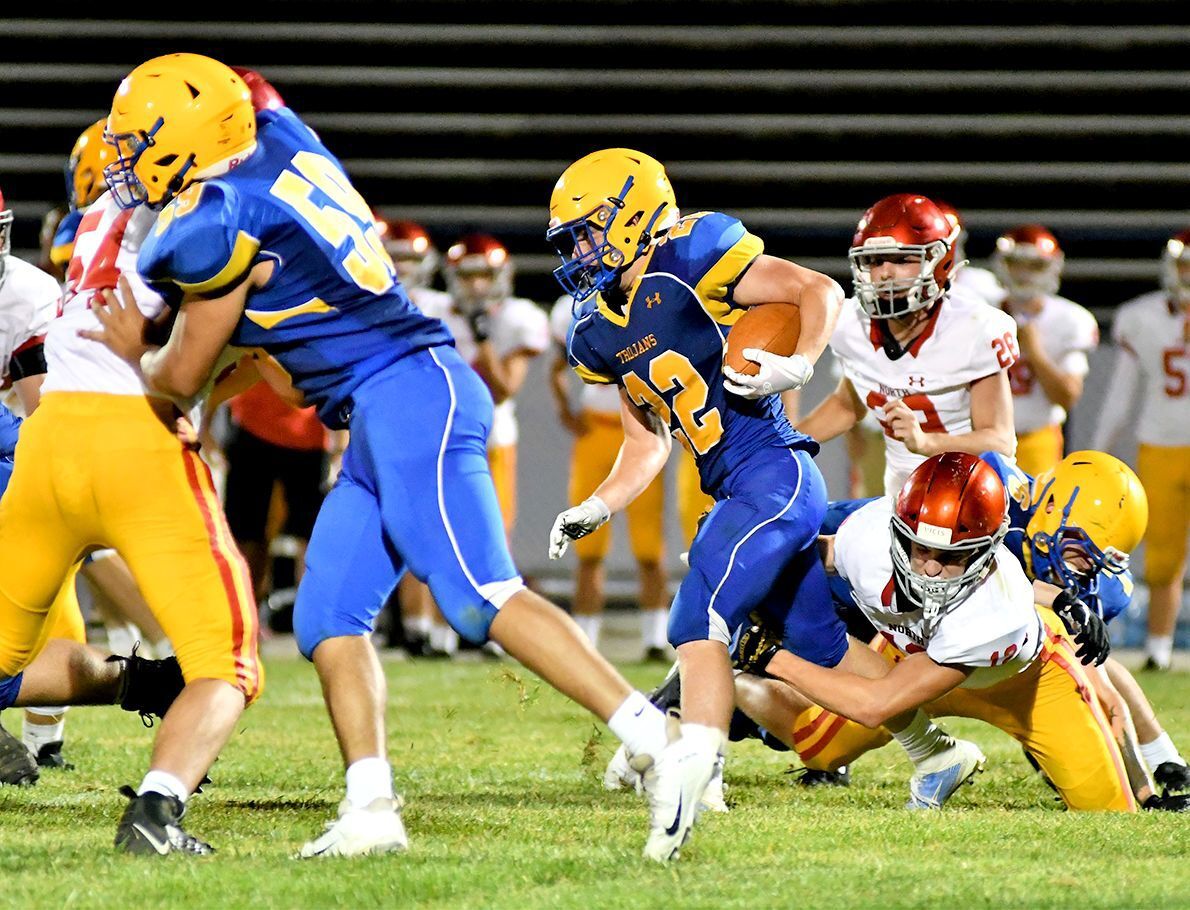 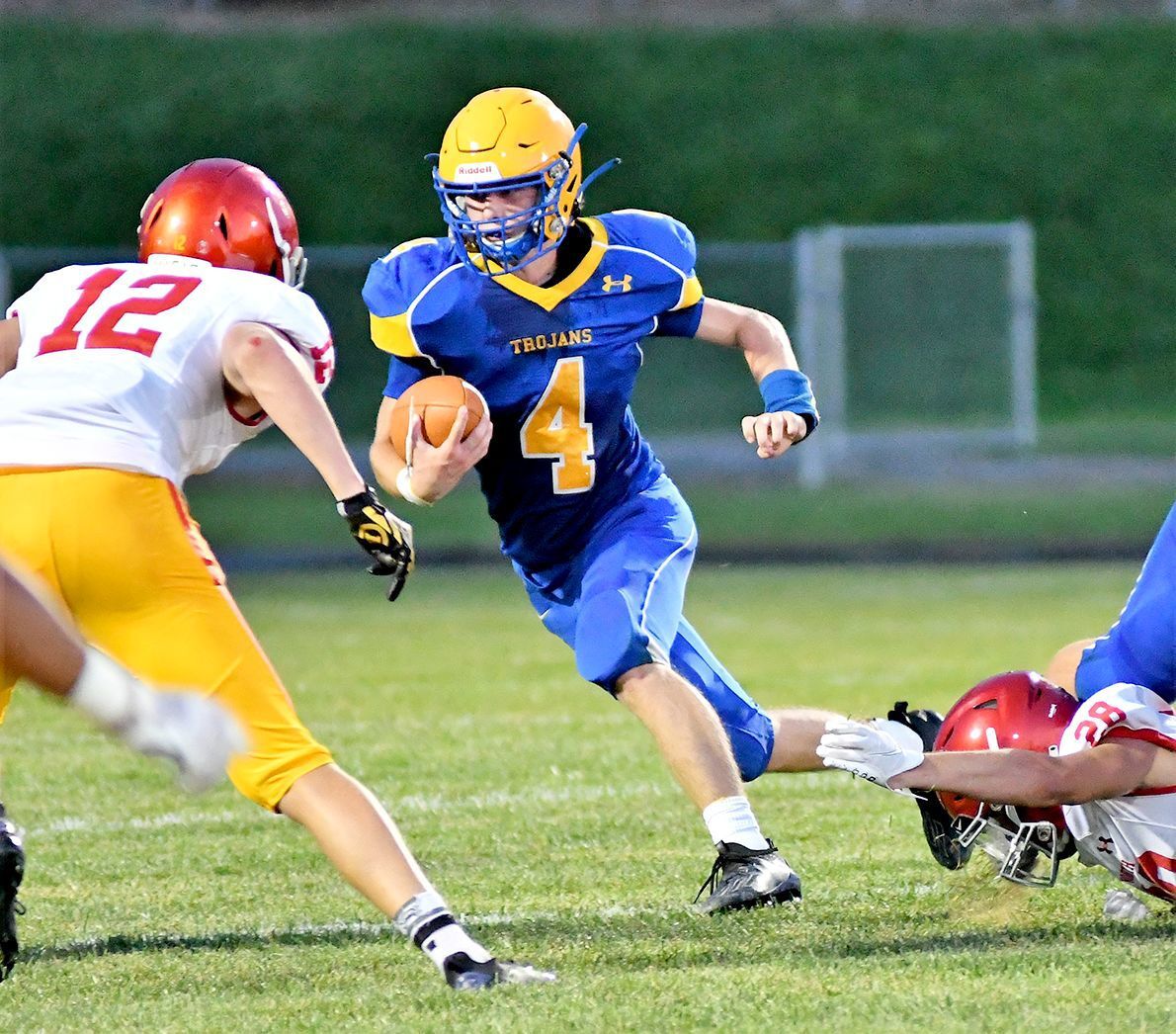 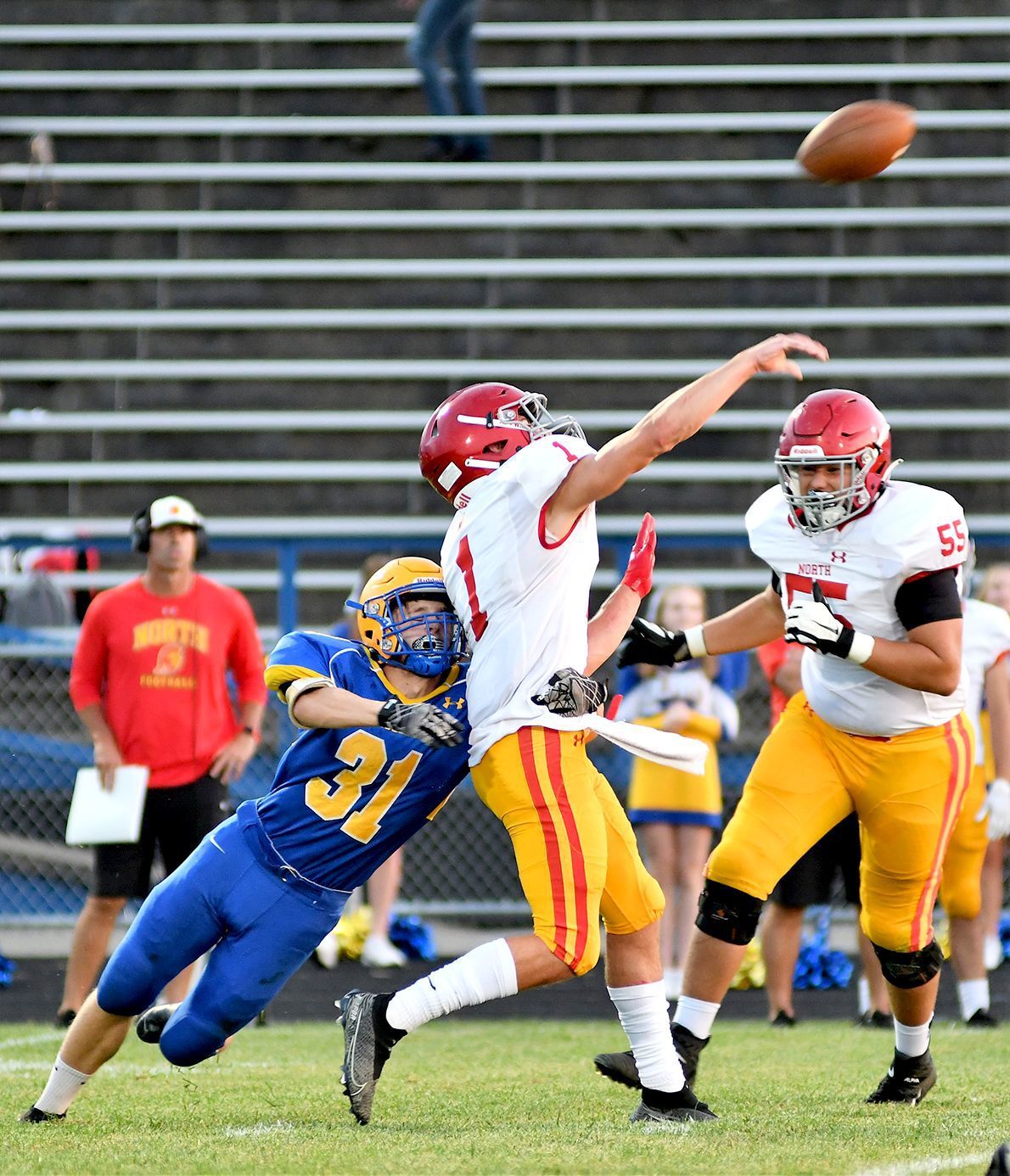 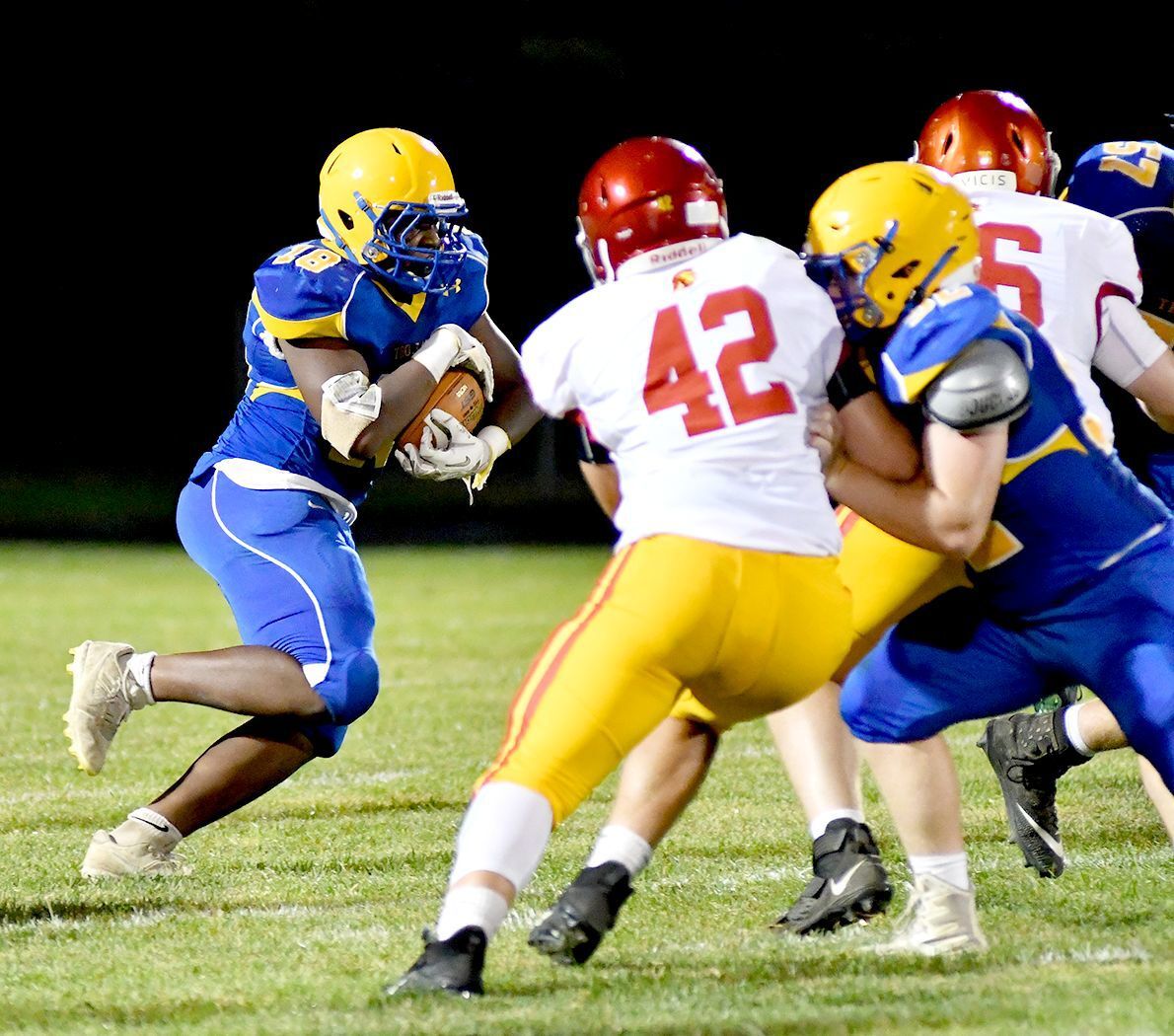 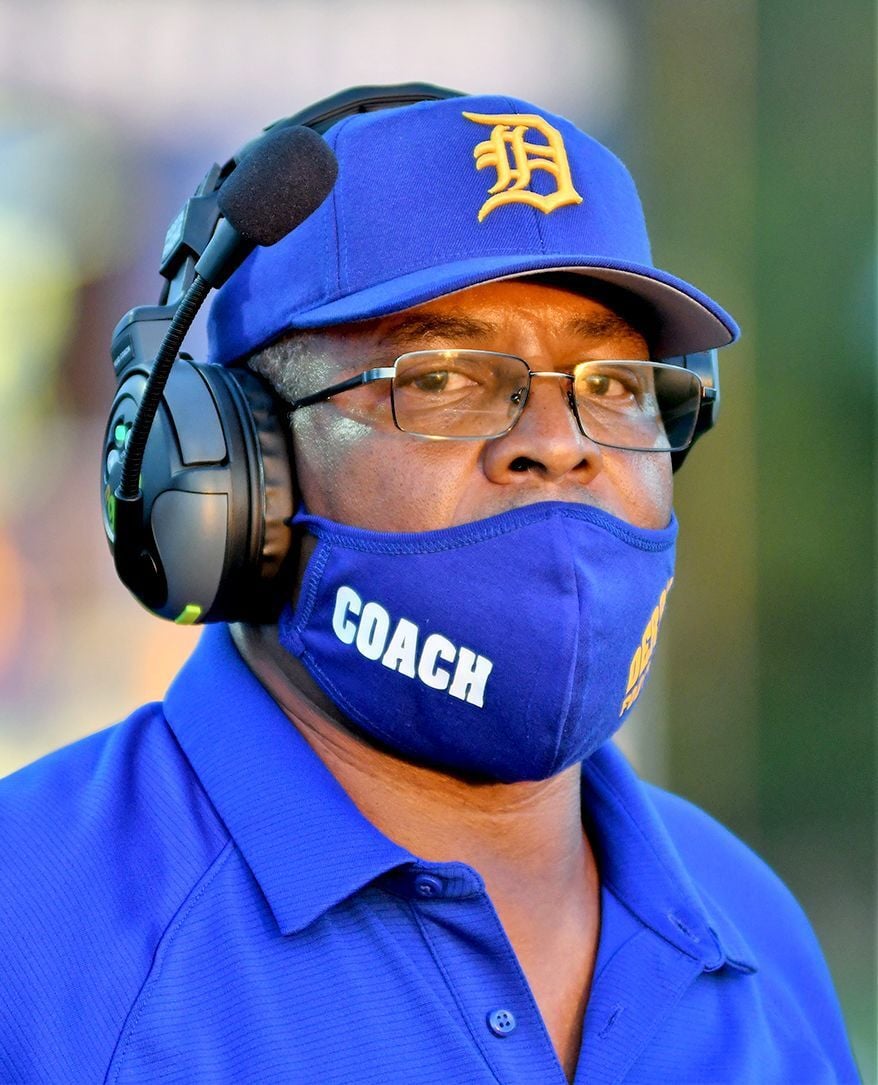 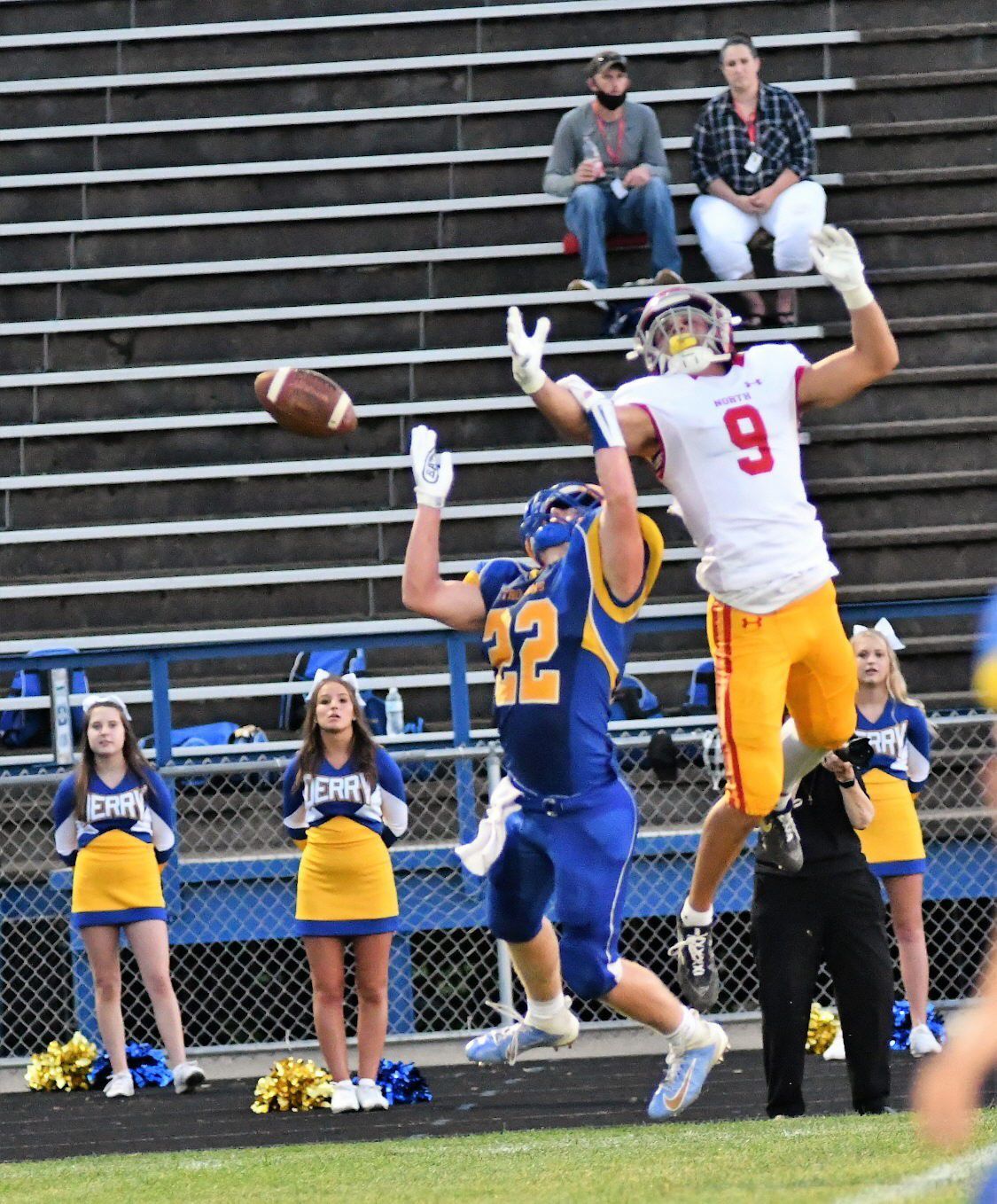 The surreal scene of the Derry Area football team taking the field Friday for its home opener in front of a “sellout” crowd of only a few dozen fans gave way to an even more unusual sight — the Derry Stadium scoreboard showing the Trojans on the wrong side of a lopsided score.

“We came out here intending to win, but we were telling the guys all week that ‘You’ve got to play your one-eleventh,’ meaning you do your assignment and don’t worry about the next guy,” Skillings said. “Tonight, we just had no one do their assignment. Guys came out, I thought they were ready to play, but we just missed assignments. That’s the bottom line.”

Crowds at Derry Stadium had seen the home team come out on top in 25 of the previous 26 games — a streak dating back to 2015 and interrupted only by a Week Zero loss to Greater Latrobe in 2019.

Derry Area looked to set a physical tone early, laying big hits on both sides of the ball early on, but the physicality didn’t translate on the scoreboard.

“We always want the physicality because that’s Trojan football,” Skillings said. “We want to get after people, hit them hard, tackle them hard and make big plays. We want to make something happen on defense and set the tone. I thought we were going to do that. We started out like that, but then they’d get a big play and we’d go flat.”

With limited preseason practices and no opportunities to scrimmage other teams ahead of Friday’s game, North Catholic still managed to look sharp.

“We’ve said for a while now that we’re only going to focus on things we can control and that’s hard to do nowadays, especially when you have so many families, so many seniors,” North Catholic coach Pat O’Shea said. “There are just so many people attached to high school football.”

Derry Area senior football players were permitted two tickets for Friday night’s contest while underclassmen got one apiece. Aside from that, and a small “pep band” of students in a reserved section of bleachers, the stands were bare amid coronavirus (COVID-19) precautions and restrictions on large gatherings. The team observed its senior night prior to kickoff, looking to get the senior recognition in as early in the season as possible amid the uncertainty surrounding the pandemic.

Detore started at quarterback, also seeing time at receiver when Koontz entered the game under center.

A trio of first-quarter connections from Prentice to Jaren Thimons (10 yards), Nicholas Maher (19 yards) and Tyler Maziarz (58 yards) gave the visitors a quick 21-0 lead. Kyle Tipinski turned in a 20-yard scoring run in the second quarter to put North Catholic ahead 28-0 before Derry Area could get on the board.

“They didn’t do anything that we didn’t expect,” Skillings said. “We had a pretty good film session and scouting report on them. They did exactly what we thought (they would). We defensed it in practice, but we didn’t execute it... Our defensive backs were biting on their short routes, and all it takes is one step. If the receiver is even, he’s leaving, as they say. We’d be in good position, but then we’d bite on play action and allow that receiver to get behind them.”

Detore connected with Hunter Wack for a Derry Area’s lone touchdown — a 48-yarder — with 5:43 remaining in the first half, getting the North Catholic secondary to bite on a hard pump fake before uncorking the deep ball. The duo nearly connected again on a big gainer in the fourth quarter, but North Catholic defensive back J.D. Paredes was able to recover and break up the long pass.

Prentice hit Liam Straub for a 25-yard gain after Wack’s touchdown grab and he found Maher for a 39-yard gain, then scrambled in from six yards out for a 34-7 edge. Maher added his second score of the night soon after, taking a quick receiver screen to paydirt from 52 yards out.

Two snaps into the second half, North Catholic was celebrating another score after Prentice scampered 61 yards through the Derry Area defense. Backup quarterback Jason Siket, a freshman, led North Catholic to its last score of the night connecting twice with sophomore wideout Jacob Valentine before finding the end zone on a five-yard run.

Derry Area is scheduled to travel to Deer Lakes next for a 7 p.m. kickoff Sept. 18.

“It’s going to be a good week of practice,” Skillings said. “I promise you.”