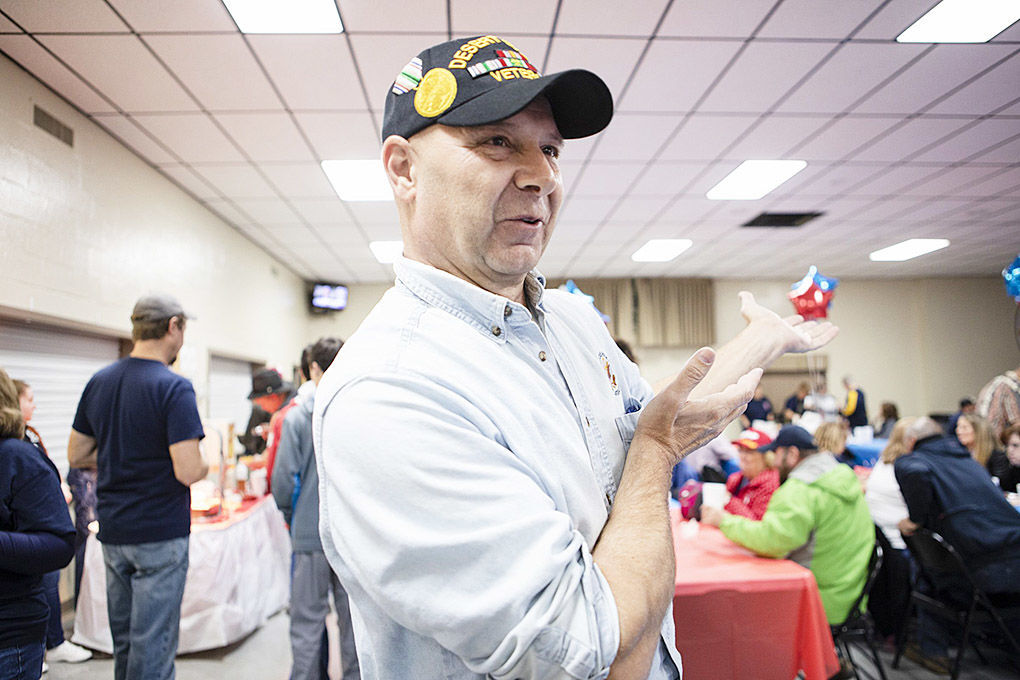 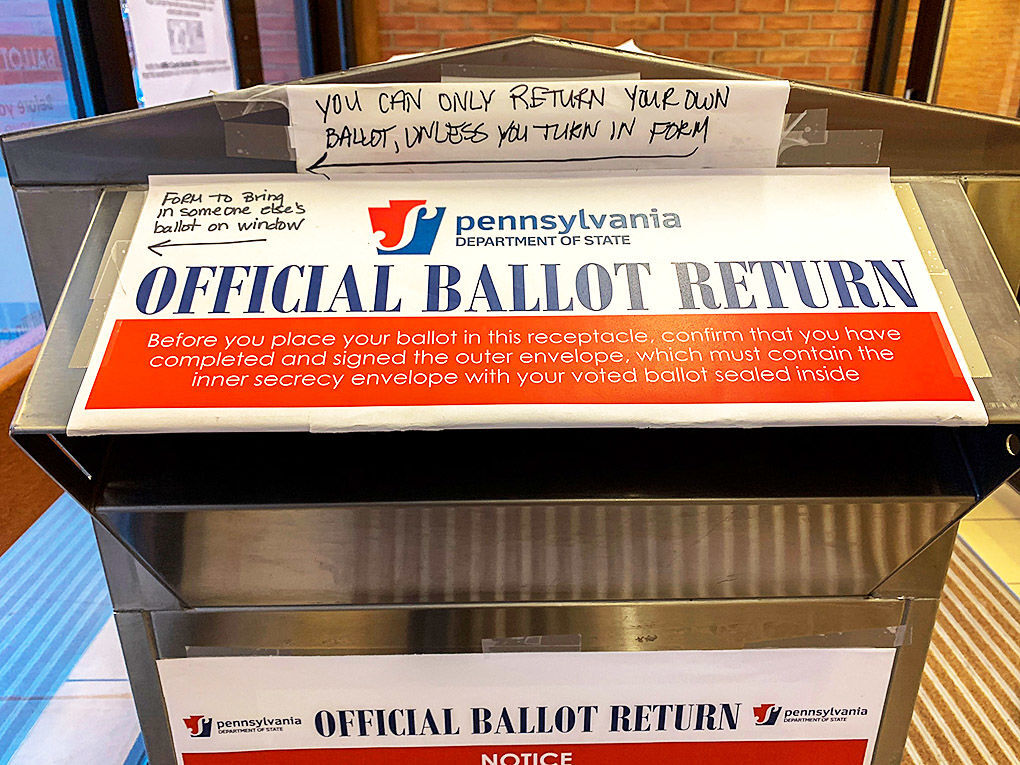 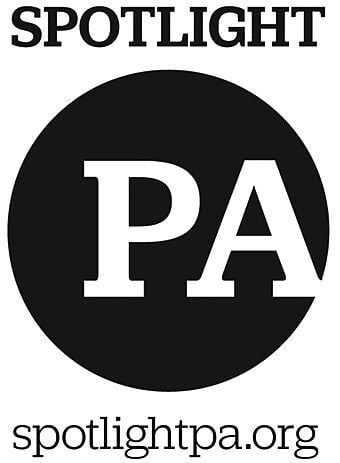 HARRISBURG — The 2020 election continues in Pennsylvania, at least in the minds of key state Senate Republicans who late last week renewed their pursuit of a “forensic audit” that would reexamine last year’s contests for signs of fraud.

The general election saw both Democrats and Republicans ascend to state and local positions, as well as President Joe Biden confirmed as the winner of the presidential race in Pennsylvania. Those results have long been certified, and several lawsuits filed against the commonwealth following the election failed to prove any wrongdoing.

There is no evidence an audit will change the outcome of the 2020 election, so what’s all the political infighting and rhetoric about? We cut through the noise to revisit how this effort came about, what we know about it thus far, and what it might look like in the future:What would a ‘forensic audit’ actually look like in Pennsylvania?

For now, we don’t know. In the months since senators first started pursuing an audit, they haven’t publicized a firm plan for what it will entail, who will conduct it, or where it will happen.

The term “forensic audit” comes from a call by former President Donald Trump to dig into Pennsylvania’s presidential election in hopes of changing the results in his favor.

Mastriano also facilitated an anonymously funded audit in Fulton County, which occurred without the Pennsylvania Department of State’s knowledge. The agency decertified the machines after the inspection because Fulton County had broken chain of custody laws governing ballots and voting systems.

The county is now suing the state for decertifying its voting machines after the audit, which reported inconclusive and often contradictory findings. The review itself did not follow standard auditing procedures and was conducted by a company with no prior election experience.

That’s as far as Mastriano got before state Senate President Pro Tempore Jake Corman (R., Centre) dramatically ousted him last week, citing concerns about the legality of Mastriano’s methods and the transparency of his funding sources.

In a statement Friday, Corman said the Senate remains “committed to conducting a full investigatory audit of recent elections to improve our election system going forward.” He went further in an interview with conservative media personality Wendy Bell, raising the baseless claim that multiple votes were cast by dead people.

Who is in charge now?

Corman replaced Mastriano with Sen. Cris Dush (R., Jefferson), citing Dush’s experience as a military investigator and his visit to Arizona to observe a similar review ongoing in Maricopa County.

Election officials in Arizona and nationwide have criticized the Maricopa effort as partisan and unscrupulous. It lacked security measures to keep election materials safe and failed to follow the established practices used to test the veracity of an election.

On Tuesday, Dush used a committee hearing on post-election audits to raise questions about the ballot-counting processes, with some philosophical flourishes. After an official said the Department of State was obligated to carry out court rulings even if it disagreed, Dush invoked a Protestant Reformation-era philosophy to suggest the agency had a duty to ignore decisions it found unlawful or unconstitutional.

“Ignoring a court order, that’s a new one to me,” said Republican Trey Grayson, the former Kentucky secretary of state who oversaw elections from 2004 to 2011.

“Normally, you would appeal the court order you didn’t like. When the courts order the executive to do something and the executive doesn’t do it, you create a constitutional crisis.”

Yes, twice. Counties do their own audits before the results are certified, as required by law, using either 2% of ballots cast or 2,000 ballots, whichever is fewer. The state also participated in a pilot “risk-limiting” audit that functions to confirm the reported winner of the election as the actual winner.

Both the county-level audits and the risk-limiting audit, which examined 45,000 randomly selected ballots in 63 counties, found that the presidential election was correctly reported.

Acting Secretary of State Veronica Degraffenreid, when asked during the hearing Tuesday what more state leaders can do to guarantee the election results are valid, said: “I would just ask, honestly, that elected officials make that clear to voters. The election of 2020 is done. It’s over.”

So, why do Senate Republicans want another audit?

When asked to justify why another audit was needed, Corman spokesperson Jason Thompson reiterated a list of concerns that House and Senate Republicans used to argue Congress should reject Pennsylvania’s electors for Joe Biden.

That includes a state Supreme Court ruling that extended the deadline to return mail ballots because of the pandemic. The Senate Republican caucus also opposed guidance from the Department of State allowing county officials to notify voters if their mail ballot wouldn’t be counted because it was deficient in some way, like missing a privacy envelope.

Not every county agreed with or followed that guidance, and some Republican candidates unsuccessfully attempted to have those so-called “cured” ballots thrown out.

A lack of consistency was also an issue in a race between Republican Nicole Ziccarelli and Democratic state Sen. Jim Brewster. In the tight legislative contest, one county that makes up part of the district counted undated mail ballots while another county said they should be rejected.

Ziccarelli’s efforts to throw out undated ballots failed in both Pennsylvania and federal court.

Election experts previously told Spotlight PA and Votebeat there are several areas of the Election Code that could be clarified to improve the uniformity of elections in Pennsylvania. But they have emphasized that none of the issues that occurred last November were significant enough to sway the presidential election.

Mark Lindeman, co-director of Verified Voting, was a member of the task force that completed the state’s risk-limiting audit and said there are ways to supplement it with a process that reviews election procedures. But he sees no reason why the state should take up another effort to examine the 2020 election results.

“What I see no material basis for is continued wandering through the entrails of the 2020 presidential election,” said Lindeman, who conducted an investigatory audit of a New Hampshire election earlier this year.

“I’m not aware of a legitimate rationale for a forensic audit in Pennsylvania,” he said. “If it exists, it has not been made known to me.”

Who will pay for it?

There’s not a clear answer.

Thompson, Corman’s spokesperson, said the Senate caucus is still in the planning stages of how the audit will work, who will conduct it, and how it will be paid for.

“One of the concerns is, how do you pay for this, right?” Corman said during his recent conversation with Bell.

“And one of the concerns is, who is doing this work because you want credibility, right? And so I think what we’re trying to do is make sure that we have credibility, that we have people that will be looked at as neutral arbiters.”