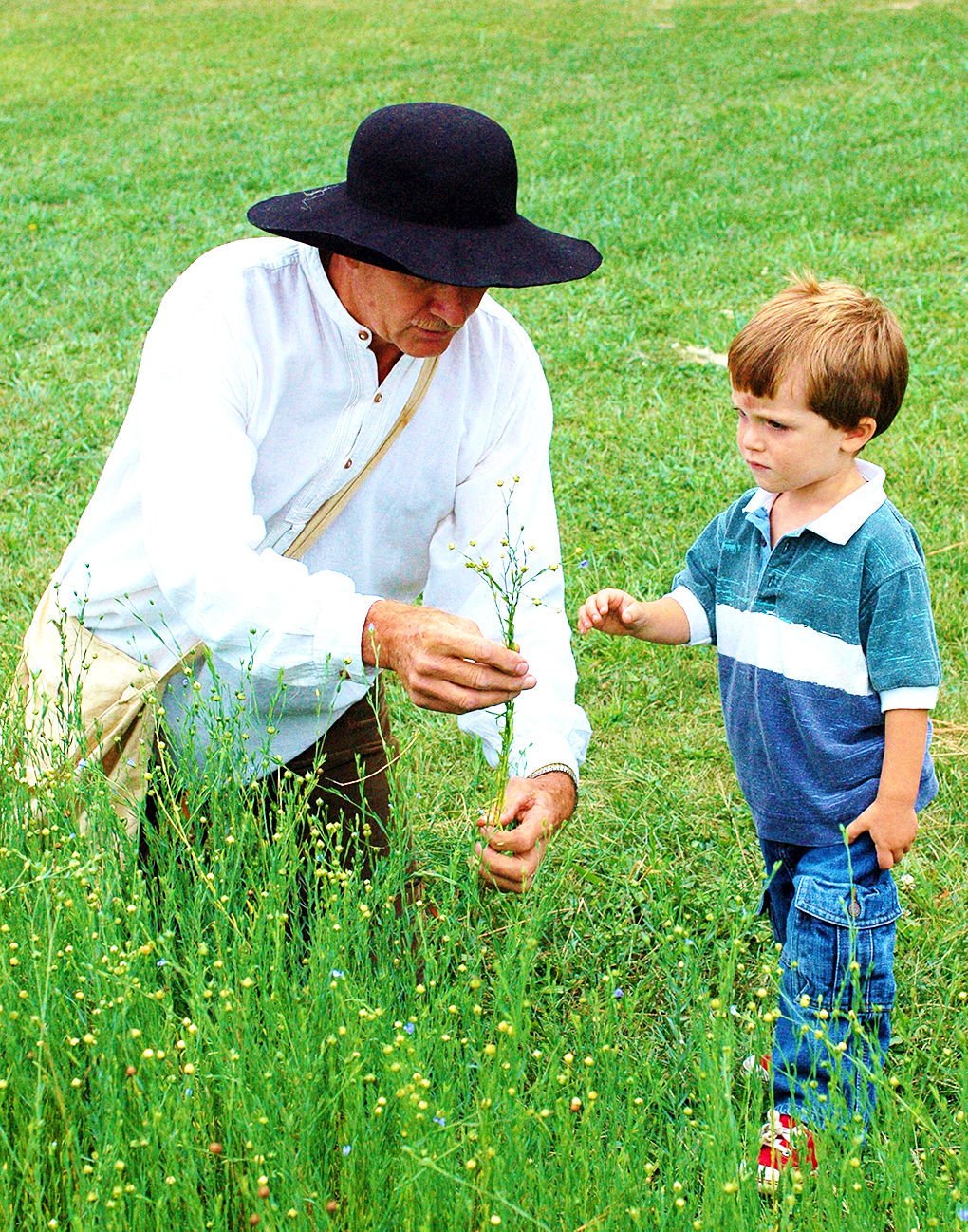 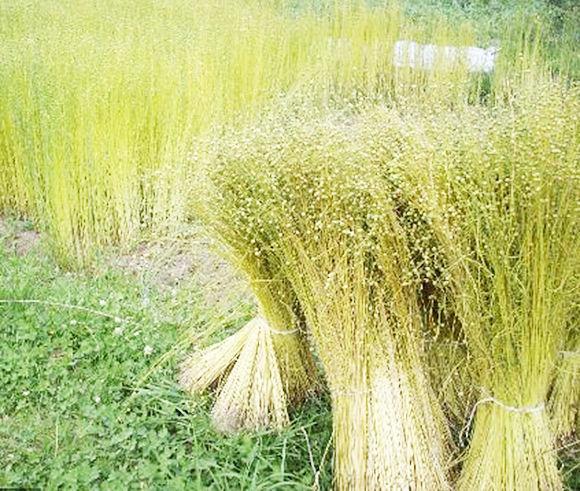 Flax is drying in shocks and will be used for linen-making demonstrations at the annual Stahlstown Flax Scutching Festival. The 111th festival set for 9 a.m. to 6 p.m. Sept. 14 and 10 a.m. to 5 p.m. Sept. 15 at Monticue's Grove in Stahlstown.

Flax is drying in shocks and will be used for linen-making demonstrations at the annual Stahlstown Flax Scutching Festival. The 111th festival set for 9 a.m. to 6 p.m. Sept. 14 and 10 a.m. to 5 p.m. Sept. 15 at Monticue's Grove in Stahlstown.

Flax was an important crop to the early settlers in the Ligonier Valley. One acre of flax would provide clothing, bedding and linen cloth to a family for a year.

Drawing on 200 years of oral tradition, local residents and area volunteers in Stahlstown will demonstrate how flax plants were turned into linen cloth this weekend as they present the 112th Stahlstown Flax Scutching Festival. It is the oldest active festival of its type in the Western Hemisphere. They celebrated their 100th anniversary in 2007.

The Flax Scutching Festival, set for 9 a.m. to 6 p.m. Sept. 14 and 10 a.m. to 5 p.m. Sept. 15 at Monticue’s Grove in Stahlstown, offers demonstrations of the complete process of making linen from the flax plant.

“The festival shows the labor intensive process of making linen cloth from a flax plant. Making linen cloth the way it is shown at the festival can be traced back to Egyptian times and can be found referenced in the bible,” aid Marilee Pletcher director of the Flax Scutching Festival steering committee.

Visitors have an opportunity to purchase buckwheat cakes and sausage, fresh pressed apple cider and homemade soups. In addition to flax scutching demonstrations, blacksmithing and pottery throwing will be demonstrated during the festival.

“The Flax Scutching Festival and Stahlstown are steeped in history and tradition with multiple generations being involved in the festival,” said Pletcher.

The age-old customs and dress are used to retain the quaintness of the occasion and events are scheduled to resemble the olden days so that as much as is possible of the antiquity is captured.

“At the first festival there were 1,400 horse and buggies. It was a community reunion/picnic with the founder’s (E. N. Miller) purpose of celebrating the tradition of flax scutching,” Pletcher said. “Currently, we have approximately 3,000 visitors and at past festivals maybe 8,000. As more and more festivals and activities have evolved the choice of what to do and see has increased. Keeping our festival and history alive is a full time activity. There are approximately 100 volunteers revolving throughout the two days.”

The Flax Scutching Festival Steering Committee consists of 12 members. Each member is responsible for an aspect of the festival and sometimes more than one aspect. (Buckwheat stand, soup stand, souvenirs, demonstration, entertainment, living history and advertising.

“Being a multi-generational and volunteer festival, the years involved with the festival can span 10 years to 50 years. Needless to say there is a lot of family tradition,” Pletcher said.

The formal opening ceremony will be conducted by Boy Scout Troop 375 by the flag pole in the encampment area at 9:30 a.m.

“The Boy Scouts have been with us for at least 50 years. With their dedicated leaders and the hard working scouts, they have been making apple cider since the beginning of the 50 years. We as a festival are proud to support them,” Pletcher said.

Following the opening ceremony, “Bits and Pieces” will perform Civil War era music at 11:15 a.m. to 12:45 p.m. played on dulcimers and acoustic guitars.

Patsy Cline tribute artist Cathi Rhodes and Eric Harris, the voice of Johnny Cash, will perform on the main Stage 1 to 2:30 p.m. Sept. 14.

The annual mock Indian raid, will commence at 5:30 p.m. This event is a depiction of events that occurred in the area in the late 1700s.

The Stahlstown united Methodist Church will host a church service at the main stage 9 to 10 a.m. Sept. 15. The festival grounds will open at 10 a.m.

Admission to the grounds is only $4 per person, children under 12 free. Parking is free. The admission fee includes all festival demonstrations, displays, events and concerts.

Stahlstown Flax Scutching Festival grounds are located at 1703 Route 711 in Stahlstown. For more information, visit the website at flaxscutching.org.