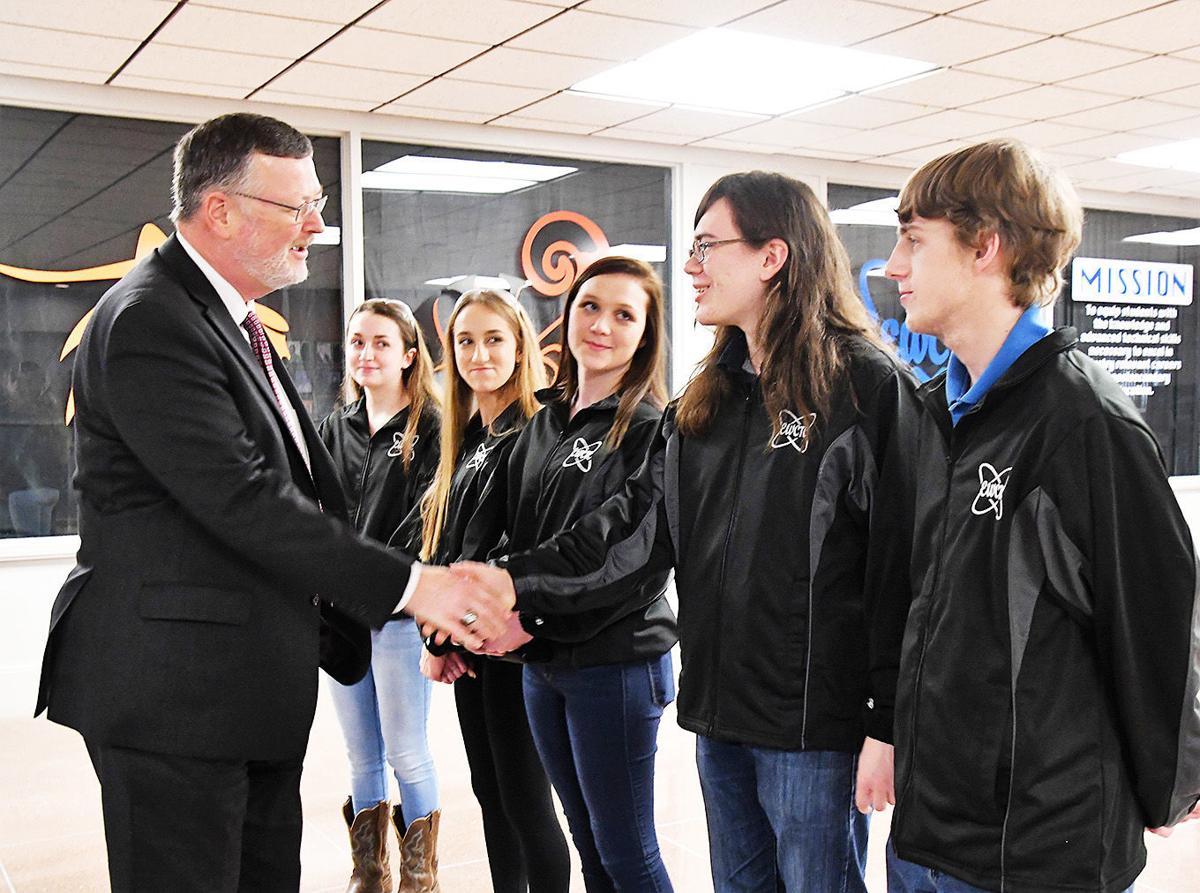 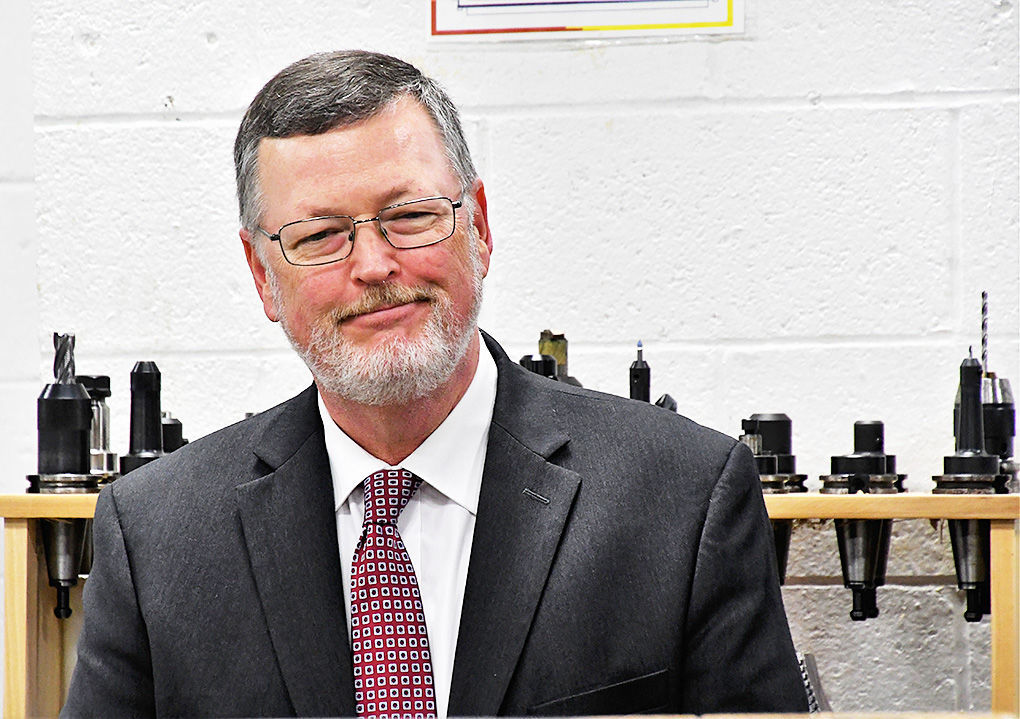 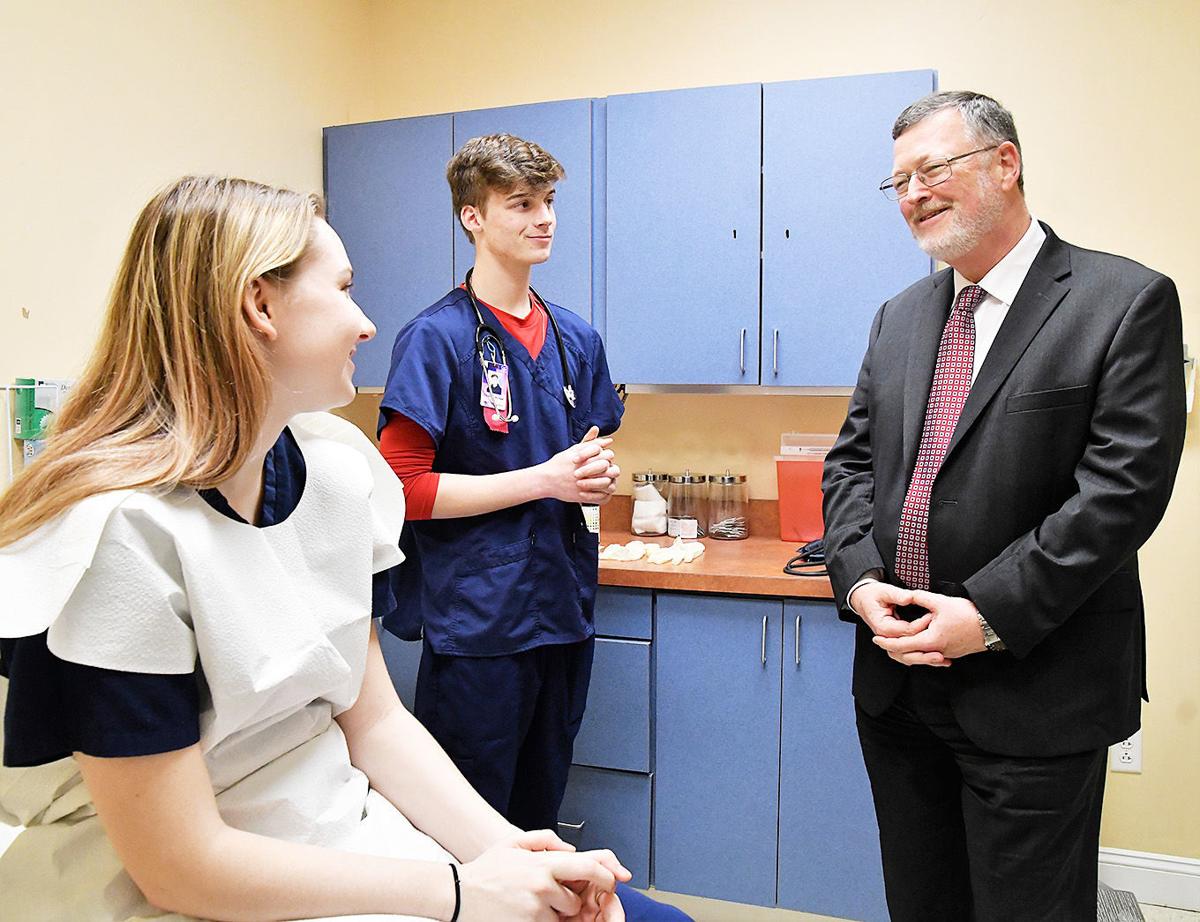 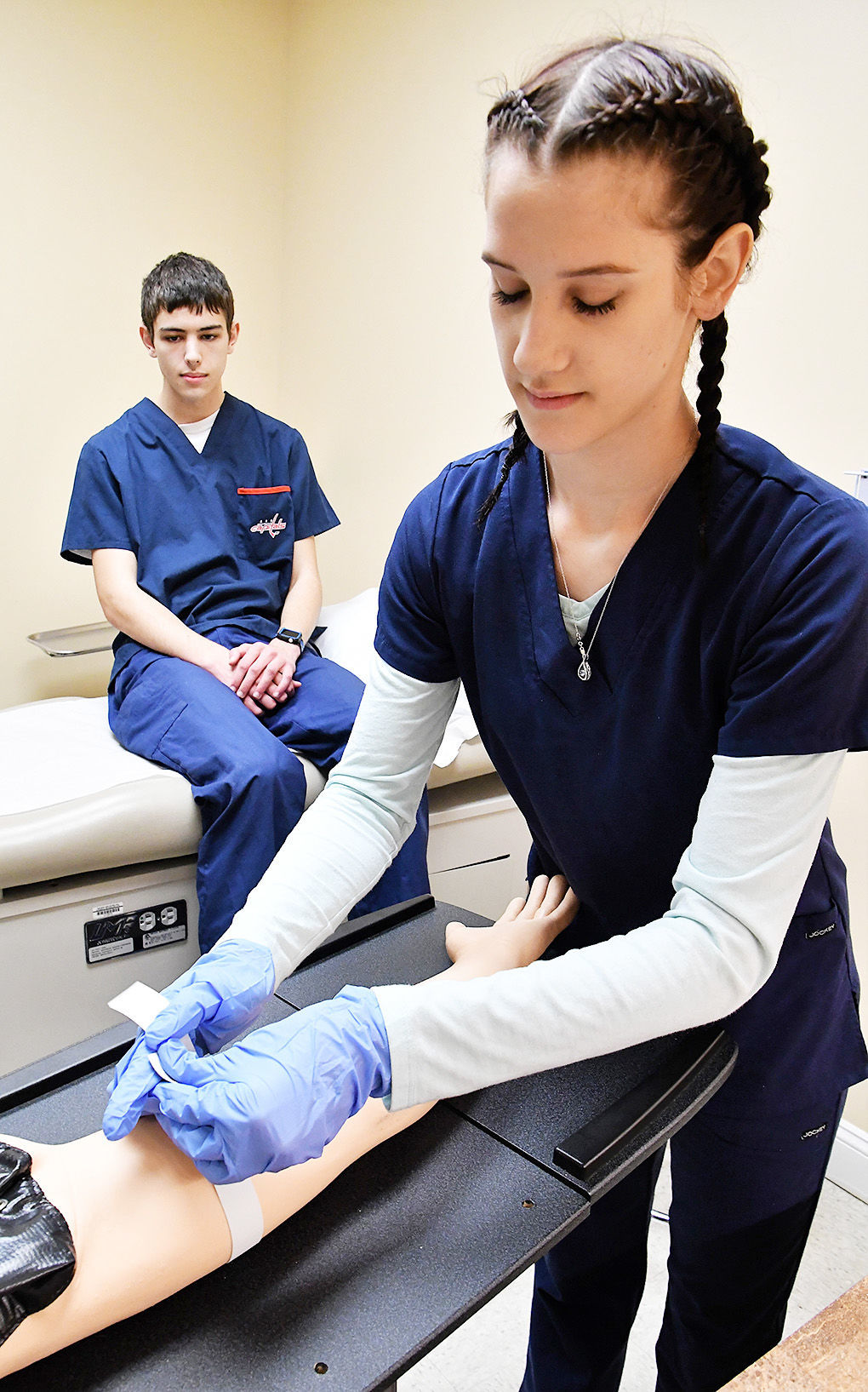 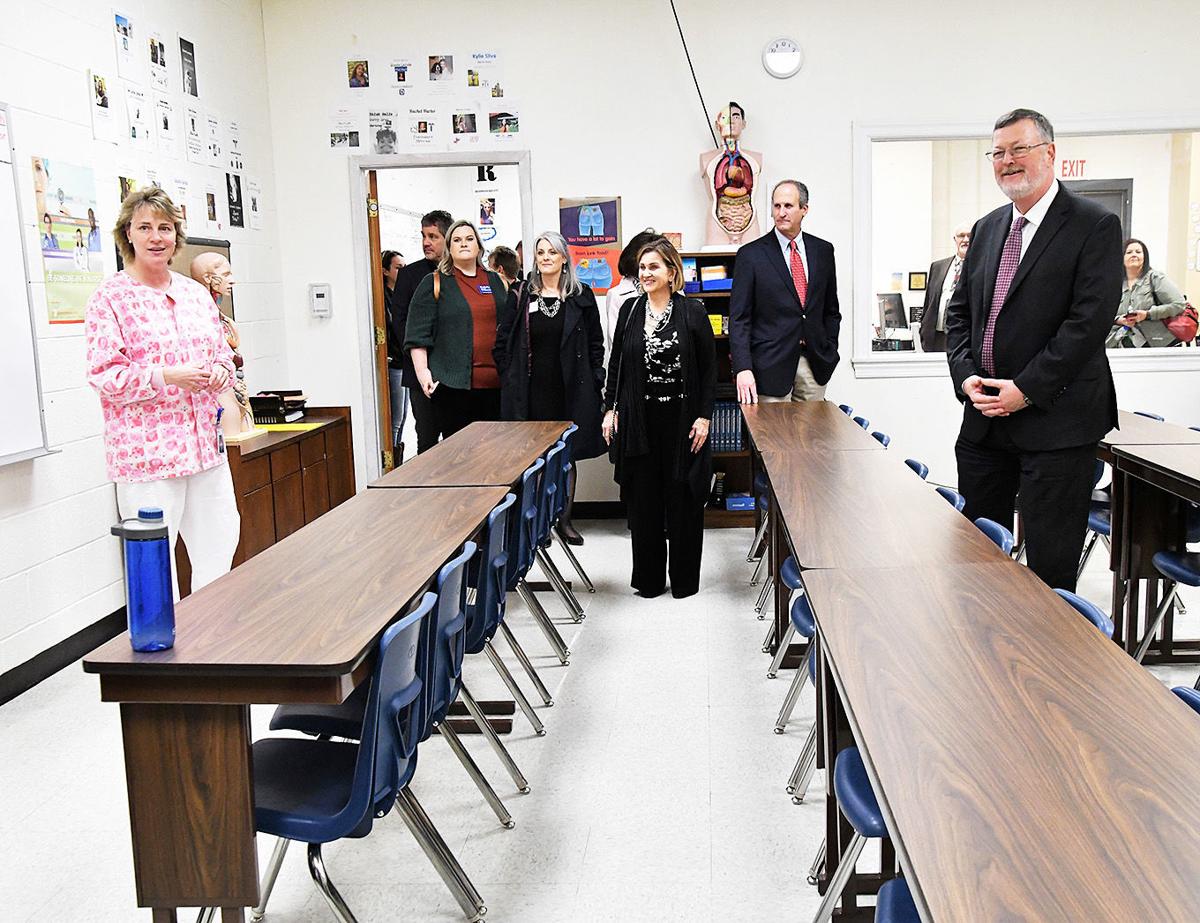 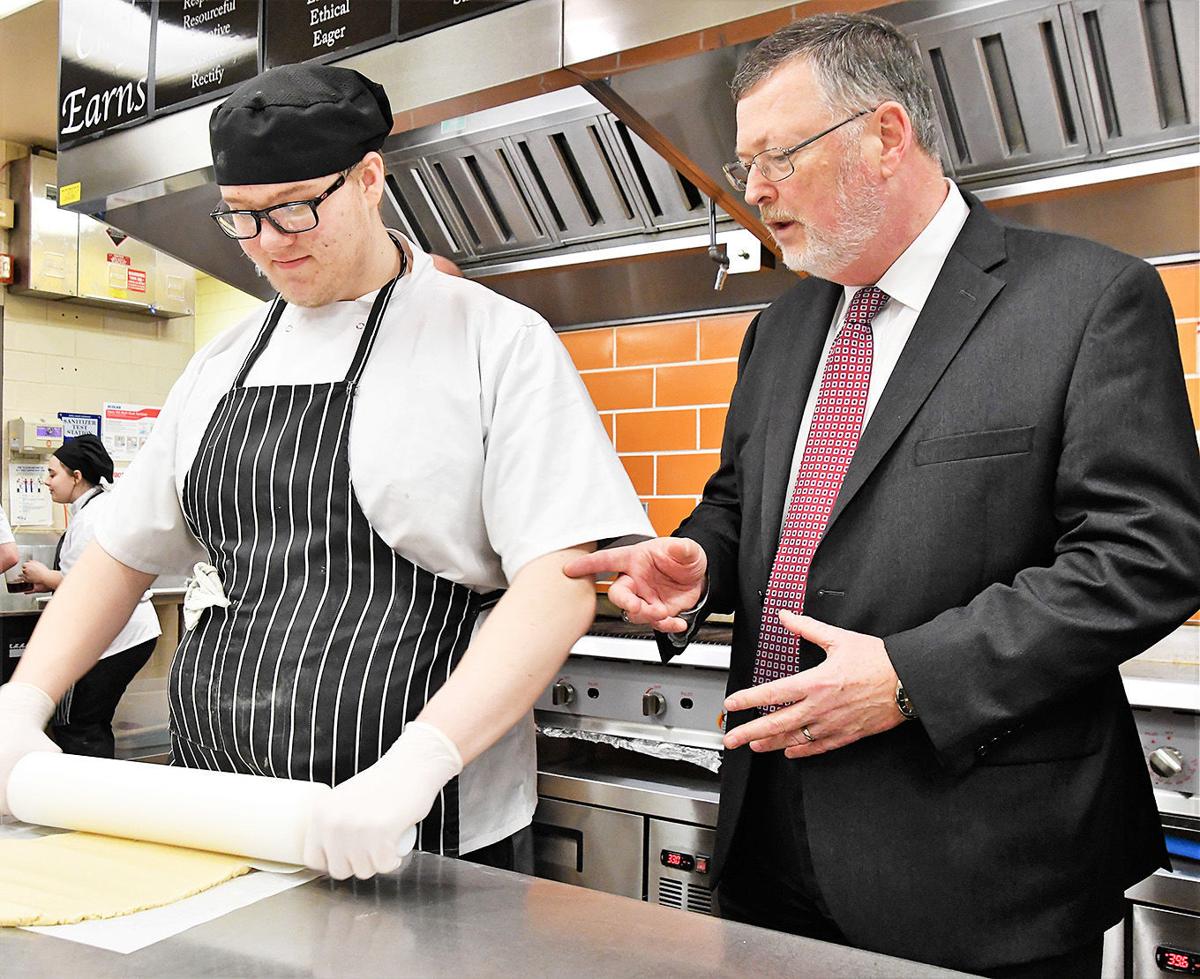 Staff and students at Eastern Westmoreland Career and Technology Center (EWCTC) had an opportunity to show state and local officials some of what the school has to offer Thursday, hosting Department of Labor and Industry Secretary Jerry Oleksiak, state Sen. Kim Ward, R-Hempfield Township, and state Rep. Joe Petrarca, D-Westmoreland/Armstrong/Indiana, among others.

“They do have a lot going on,” Oleksiak said of the school. “I was talking to the principal and I said, ‘I’ve visited a lot of CTCs around the state and what I like is that there are common elements with all of them, but each of them has their own personality.’ Each school reflects the community and kids. It’s great to see the excitement and the enthusiasm of the students and the educators as well. There’s just an energy and passion that they bring that’s infectious. I love seeing it.”

“We’re just thrilled that we were considered for a visit,” Weimer said. “Speaking with the folks that were here today, Representative Petrarca actually made the recommendation to the Secretary that he should visit our school on our behalf, and sure enough, he followed through with it. We’re very grateful to Mr. Petrarca for making that recommendation and having an opportunity to have these individuals come in.”

“I was happy that the secretary was able to see the great programs here and the great students,” Petrarca said. “I think we do it as good here as any career and technical school in the state. I think it was important for the secretary to see that.”

The tour visited the machine tool technology program to observe students working in the manual and CNC labs and heard about the collaborative efforts between the machine tool technology and Mechatronics students for the school’s BotsIQ team. In BotsIQ, students design, build and battle their robots in a gladiator-style competition while completing extensive documentation that simulates industry to meet critical needs for a skilled workforce, and draws on students’ knowledge of math, science, engineering and public speaking, while serving as a springboard to a potential career.

“We’re a small school, and with that, we’re a very tight school,” Weimer said. “What we’ve recognized is we have a defined amount of time with our kids, and while they’re here, we want to give them as much exposure to as many opportunities as we possibly can.

“A lot of those opportunities come by having two programs or three programs work together collaboratively on projects, much as we saw with Mechatronics and Machine Tool in the BotsIQ. It gives kids perspective. It shows them how different trades work collaboratively together to get things done. And what better way to do it than when they’re in high school? This is the time to do it.”

Students in the health occupations technology program demonstrated phlebotomy, EKG and reception techniques for the tour group and talked about job shadowing opportunities, then the tour stopped in the culinary arts department’s busy kitchen as students prepared for the upcoming Pennsylvania ProStart Invitational competition Feb. 26 in State College.

“Building a world-class workforce is a priority for Gov. Tom Wolf,” Oleksiak said. “Investments in career and technical education programs like these at EWCTC are crucial to providing students with the hands-on skills they need for successful careers, and local employers with a job-ready workforce that will help them thrive.”

Wolf’s budget unveiled Tuesday continues to fund the PAsmart workforce development initiative, which invests in skills training and apprenticeships to prepare Pennsylvanians for fast growing careers, as well as science and technology education for schools across Pennsylvania.

Weimer said Thursday’s tour came just after EWCTC had finished welcoming freshmen from its three sending districts — Derry Area, Greater Latrobe and Ligonier Valley — for a taste of the programs available at the school.

“Our freshmen tours just wrapped up last week, so we had every ninth-grader from all three of the sending districts through over the course of two weeks,” he said. “During that time, they had an opportunity to se every program. They spent 10 minutes in every program. Then on Feb. 11, next Tuesday, we’re doing a day of workshops… Our instructors, many are working together and we’ve designed a series of collaborative workshops to give the kids exposure to multiple career pathways. The ninth-graders, while they were here, had an opportunity to sign up to come back for that Tuesday. We’re hoping to have a good turnout, because it’s available to all of the ninth-graders from all of the districts.”