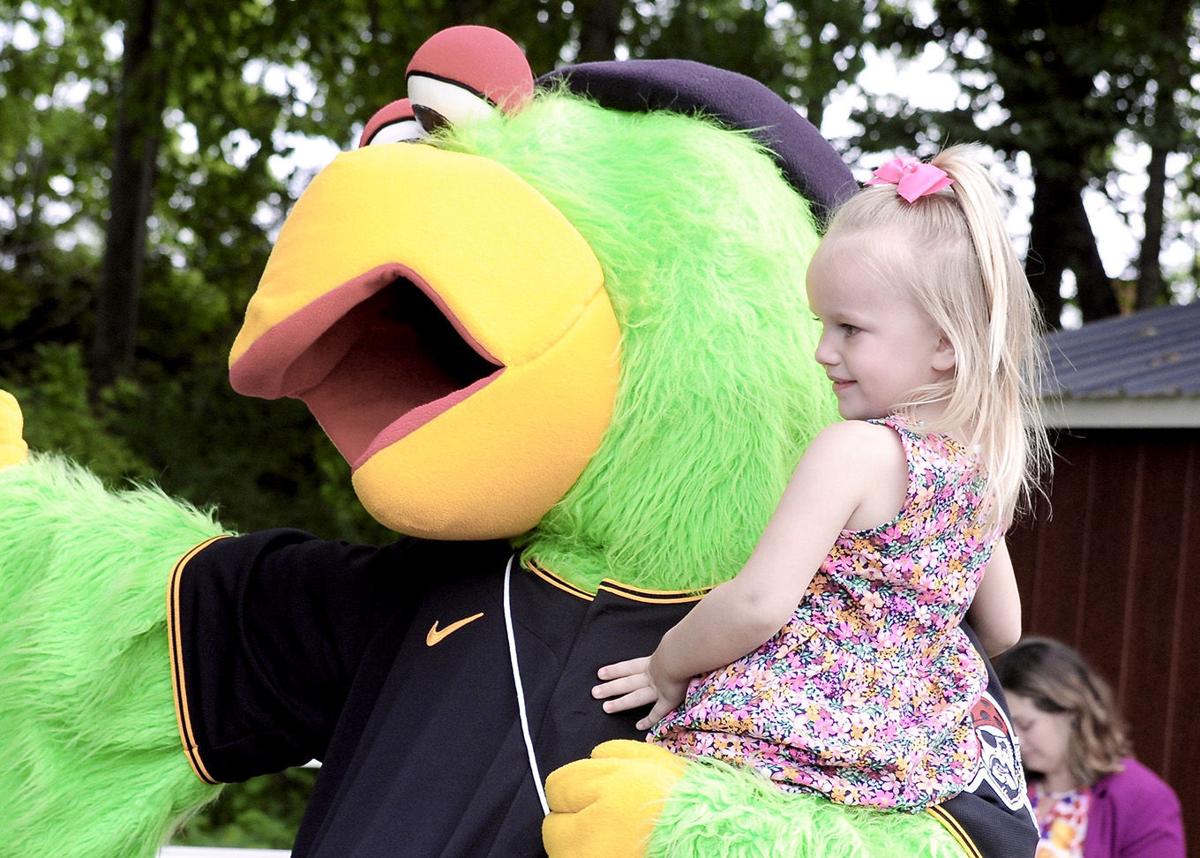 Three-year-old Gracie Hantz got to meet the Pirate Parrot up close and personal at the Latrobe Little League minors field during a shed dedication ceremony Friday at Legion-Keener Park. Her parents are Carly and Eric Hantz of Latrobe. 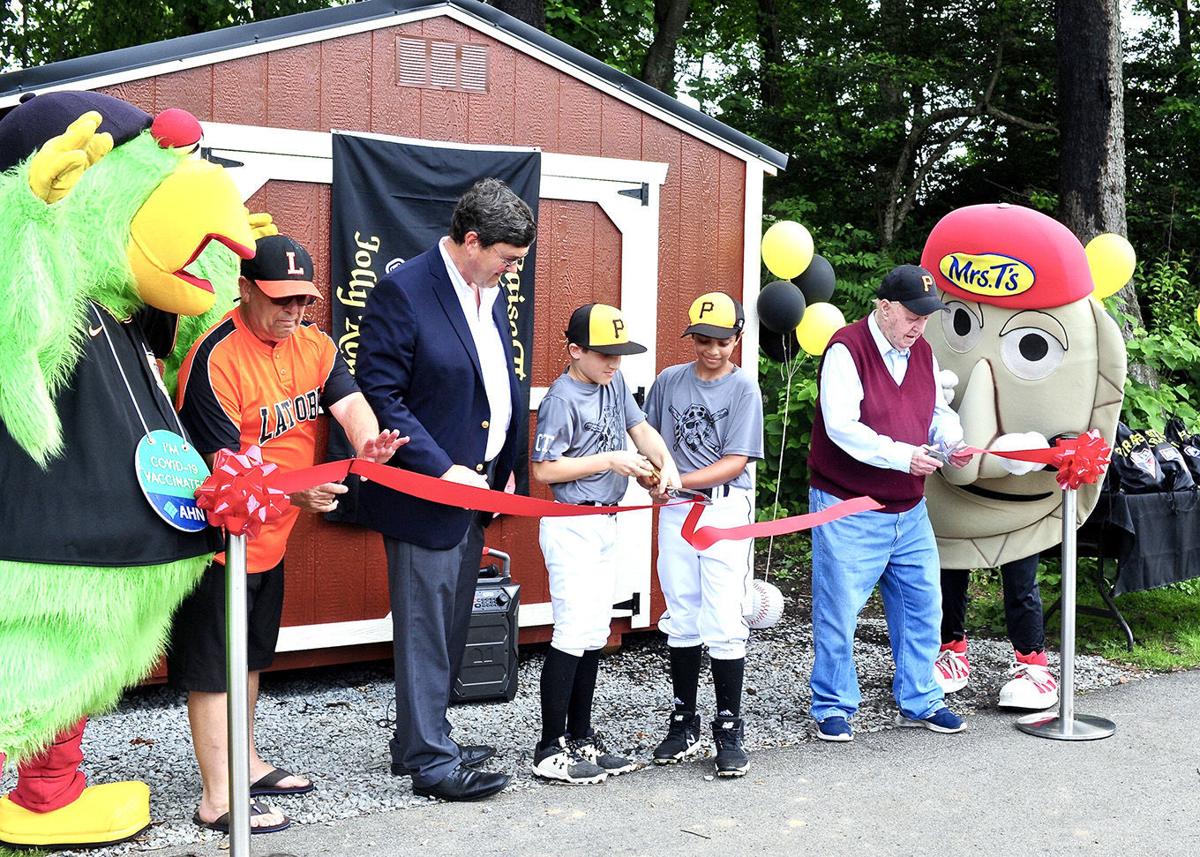 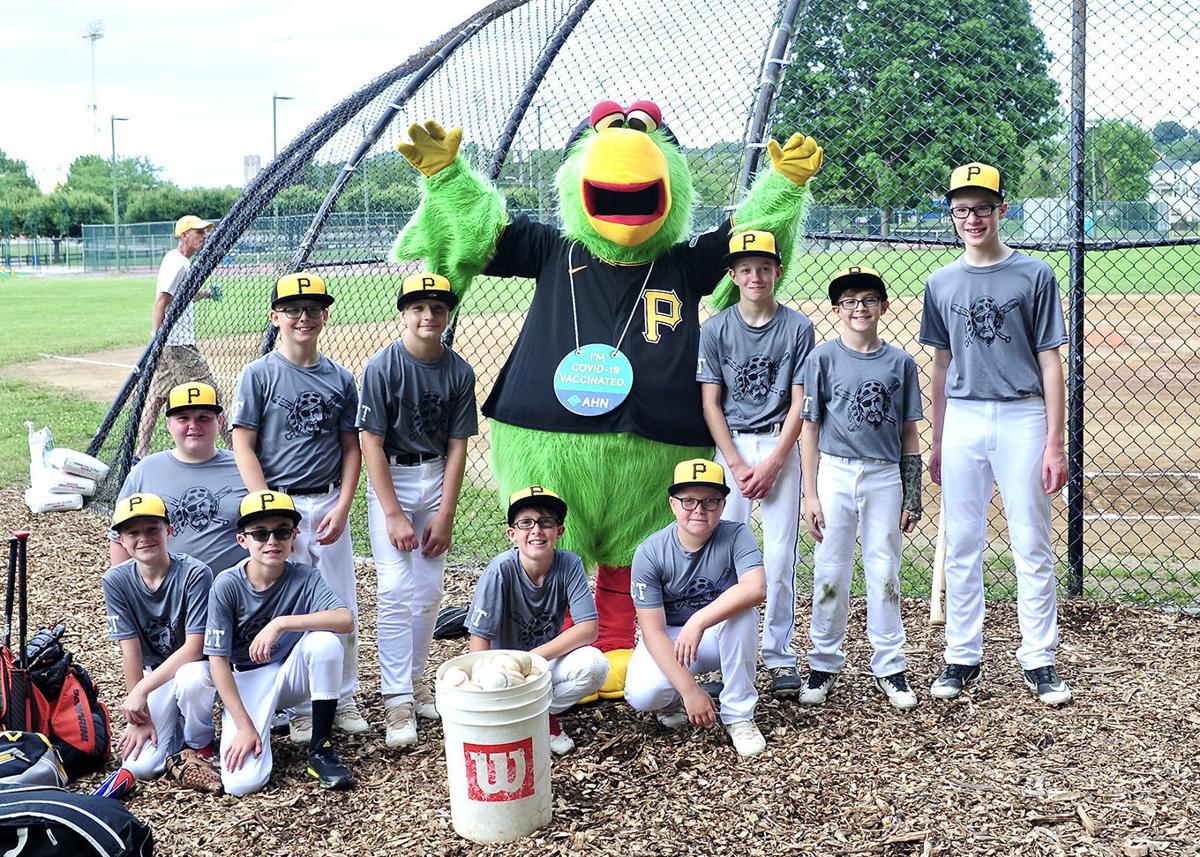 Three-year-old Gracie Hantz got to meet the Pirate Parrot up close and personal at the Latrobe Little League minors field during a shed dedication ceremony Friday at Legion-Keener Park. Her parents are Carly and Eric Hantz of Latrobe.

Pirates Charities donated nearly $20,000 toward the shed and related equipment after the previous shed was destroyed in an April fire.

Latrobe Little League President John Russo said the Pirates Charities’ donation — which came about after the team saw a television news story about the fire — covers the cost of the shed and equipment inside the former storage unit. The team also purchased dirt and added benches with backing at the field.

Russo said the team has received donations from roughly 160 people, including a large number of out-of-town donations. The funding has put the league in a better spot financially, as all fundraisers and concession sales were halted last year because of the coronavirus pandemic.

About $4,000 worth of equipment, including landscaping materials, bases, tarps, an L-screen for warm-ups, a fiberglass pitching mound and more, was lost in the fire. The shed was only installed last fall, Russo noted.

After the fire occurred in April, Latrobe Volunteer Fire Department responded and extinguished the blaze. Latrobe police said the storage shed utilized by Latrobe-GLSD Parks and Recreation and Latrobe Little League has been deemed a complete loss.

Latrobe police are continuing their investigation in regards to the act of vandalism. Anyone with information about this incident is asked to contact the Latrobe Police Department at 724-537-5526.