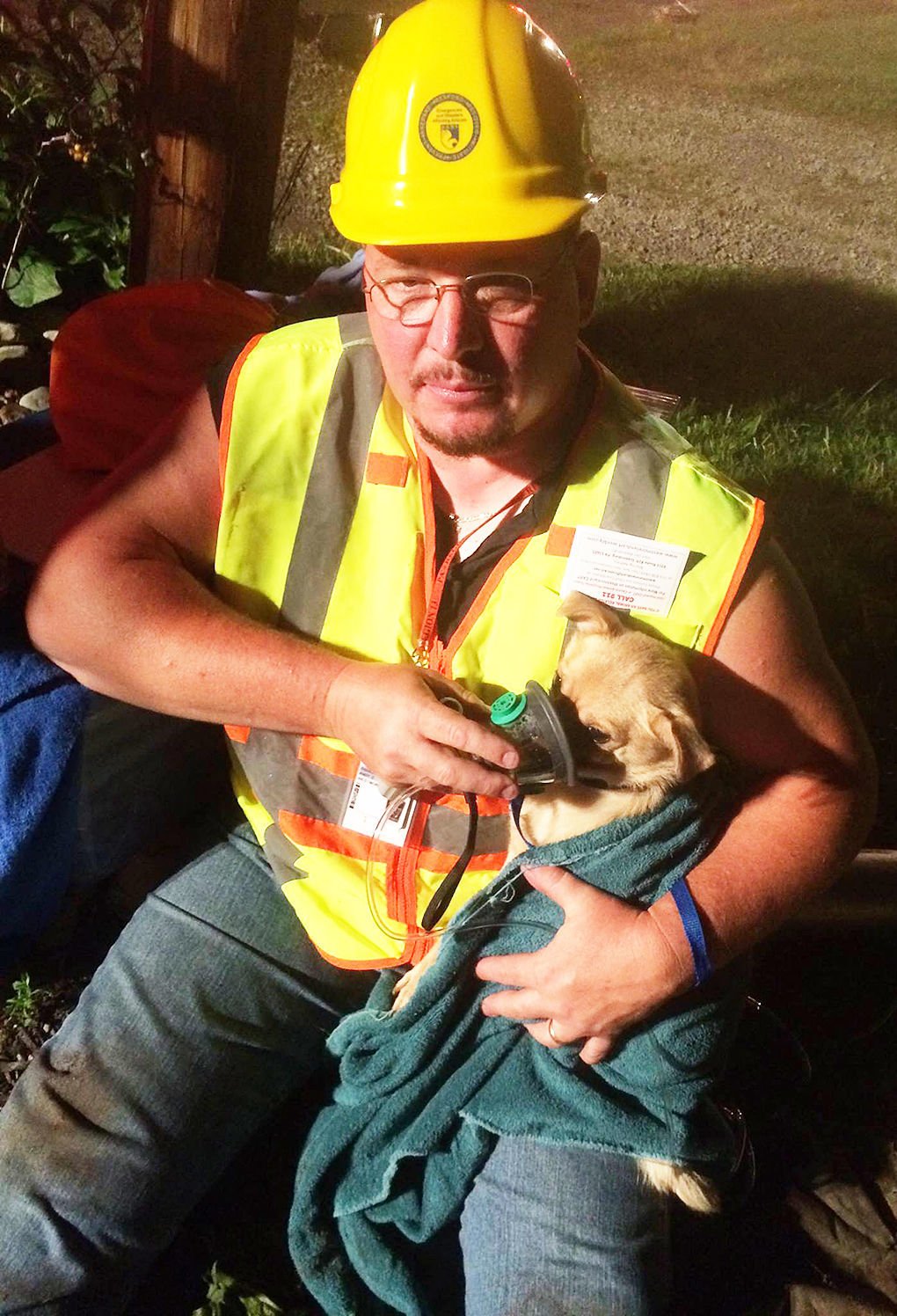 Westmoreland/Fayette/Allegheny County Animal Response Team (CART) Chief Lori Mozina’s husband Andy Ogurchak, who is also a CART volunteer, gives oxygen to a pet rescued from a house fire. It was this incident several years ago that started CART’s pet oxygen mask program so that first responders would have masks specially designed for animals. 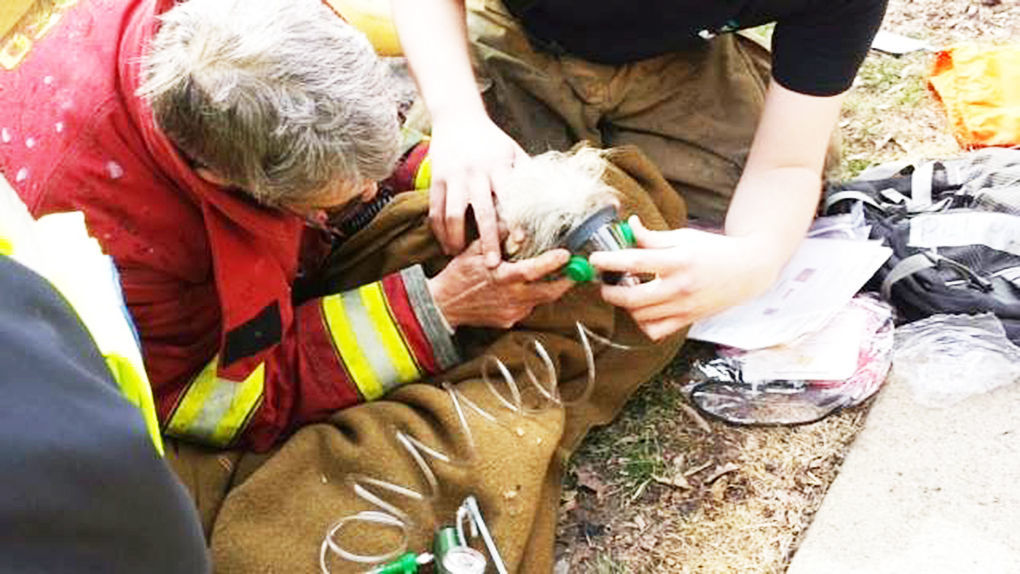 A Ligonier firefighter administers oxygen to a dog that was rescued from a fire, using a mask donated by the Westmoreland/Fayette/Allegheny County Animal Response Team (CART). 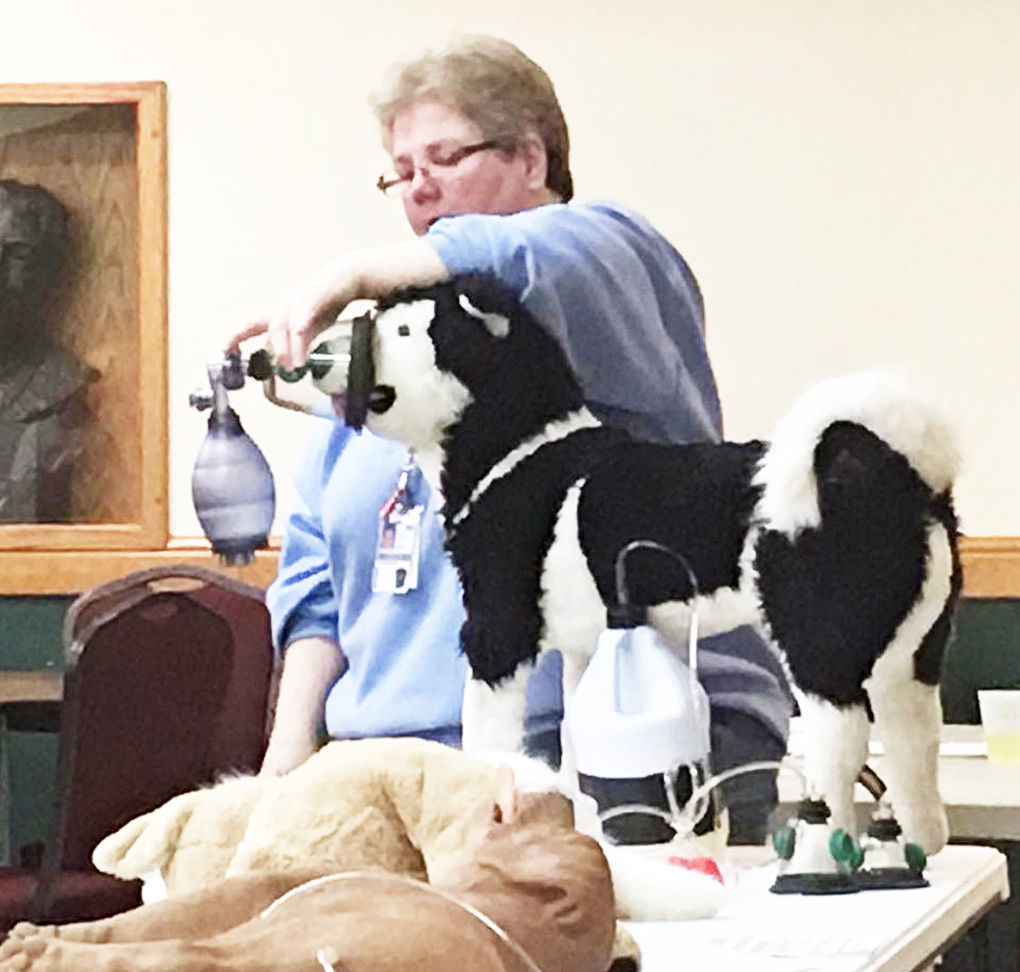 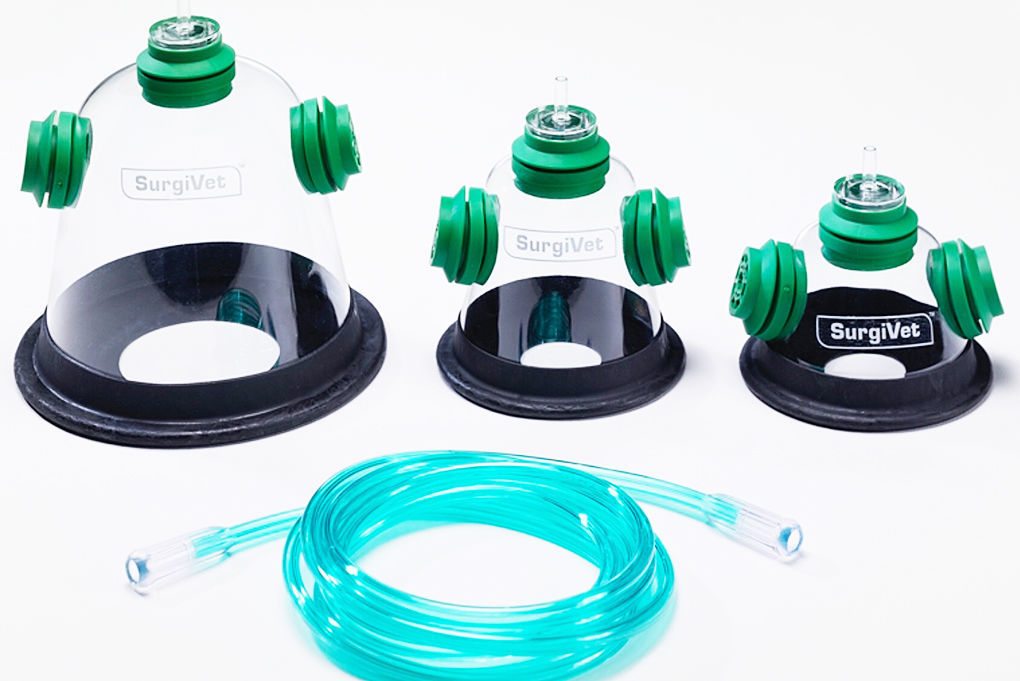 Westmoreland/Fayette/Allegheny County Animal Response Team (CART) Chief Lori Mozina’s husband Andy Ogurchak, who is also a CART volunteer, gives oxygen to a pet rescued from a house fire. It was this incident several years ago that started CART’s pet oxygen mask program so that first responders would have masks specially designed for animals.

A Ligonier firefighter administers oxygen to a dog that was rescued from a fire, using a mask donated by the Westmoreland/Fayette/Allegheny County Animal Response Team (CART).

Members of South Greensburg Volunteer Fire Department rescued a dog from a burning mobile home Thursday afternoon and gave him oxygen with a special mask that was donated to them by Westmoreland/Fayette/Allegheny County Animal Response Team (CART).

The mobile home was completely damaged. The dog was taken to a veterinarian and is reported to be doing fine.

That’s the latest report CART has received from first responders who used special oxygen masks to help — and often save — animals rescued from fires.

“As of today, we have distributed a total of 414 sets of masks to 142 different fire departments or other first responders like police, EMS, and search and rescue,” said Karen Sable, who coordinates CART’s pet mask program. “Of those, 280 sets of masks have gone to 76 fire departments or other responders in Westmoreland County. The rest were distributed in Fayette and Allegheny counties.”

On Jan. 26, she will be part of CART’s Pet Oxygen Mask/Pet First Aid training class scheduled for 1 to 4 p.m. at the Waterford Fire Department station near Ligonier. The program is being held for local fire departments and first responders.

“We will also be giving out a number of pet oxygen mask sets to the fire departments,” CART chief Lori Mozina said. “The sets were sponsored by local businesses and individuals.”

The masks come in three sizes and are especially designed for the smallest of animals, and also for larger dogs of all sizes.

“The smallest ones can be used for birds or reptiles, ferrets, mice and any small animal,” Sable said. “Then there are ones for cats and small dogs, and then for bigger dogs.”

CART is a nonprofit organization that has chapters all around Pennsylvania. Other states have similar programs that also respond to helping animals in fires and other emergencies, including natural disasters.

The volunteers are trained and credentialed to respond to 911 calls for situations that can be anything from livestock on the loose after a transport truck crashes, a horse stuck in the mud, a cat lost inside the walls of a house, or a dog trapped in a sewer line.

“Primarily, we get called out for house fires,” Sable said.

“We were called to a house fire that had dozens of animals in need of oxygen,” Mozina said about realizing the importance of specially designed masks. “Our program has grown into something pretty special, and several departments have let us know that the masks they received from CART have been used to save animals rescued from not only fires, but also from carbon monoxide incidents.”

Sable, who lives in Munhall, joined CART about 10 years ago because the chapter in Allegheny County was not very active. Westmoreland CART eventually took over both Allegheny and Fayette counties and the programs are growing in those areas.

The masks are a visible part of their mission. Individuals or businesses can sponsor one set for $100, or smaller contributions are combined to pay for a set. Some people donate in honor of or in memory of their pets. Donors are given certificates acknowledging their contributions.

CART initially gave one mask set to a department but now they try to equip all of a department’s vehicles.

“When we were only giving out one to a whole department, it was possible that a responding vehicle might not be the one that had the masks on board,” Sable said.

CART has another program that provides food and basic supplies for the pets of families who are displaced or otherwise impacted by natural disasters or fires.

“They might be staying in a pet friendly motel after losing everything in a house fire,” Sable said. “We give them water and food bowls, food, leashes, cat litter and litter boxes, and crates, anything to keep them going, and to keep their pets with them until they get back on their feet.”

CART accepts donations of food and other pet supplies for that program. Monetary donations are always needed to purchase mask kits.

For information about volunteering, donating, or getting first responders involved, check out westmorelandcart.weebly.com and the Westmoreland/Fayette/Allegheny County Animal Response Team on Facebook.