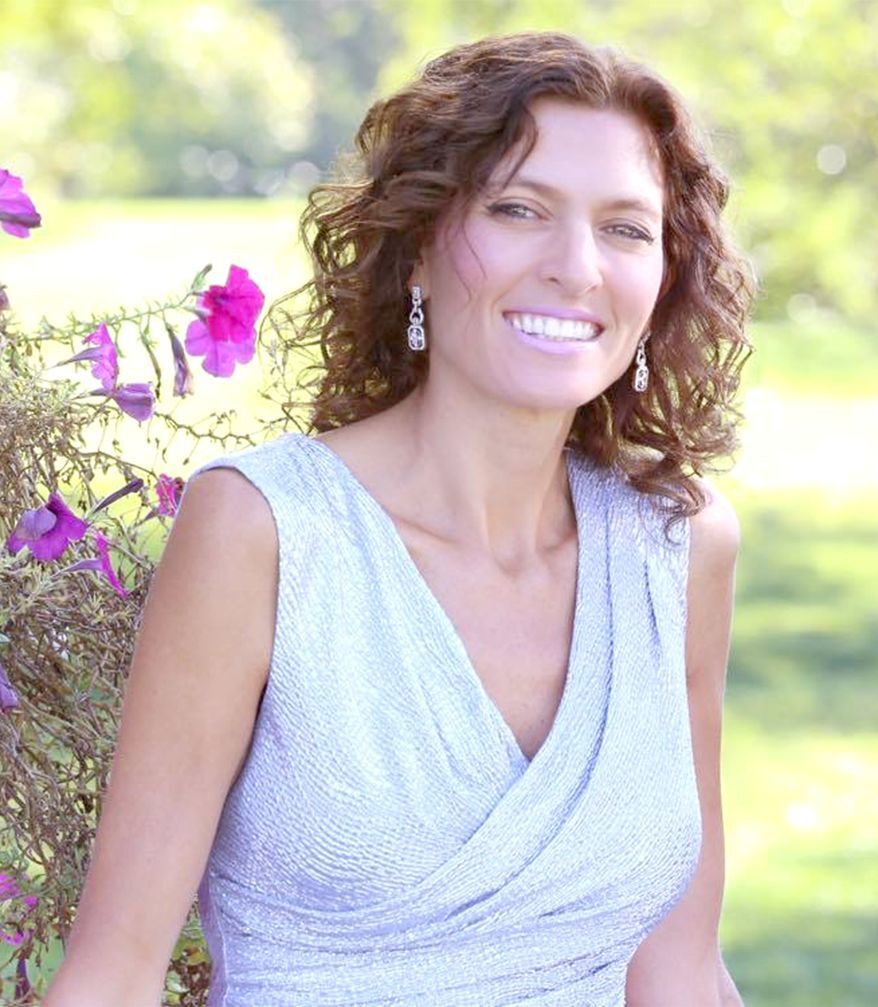 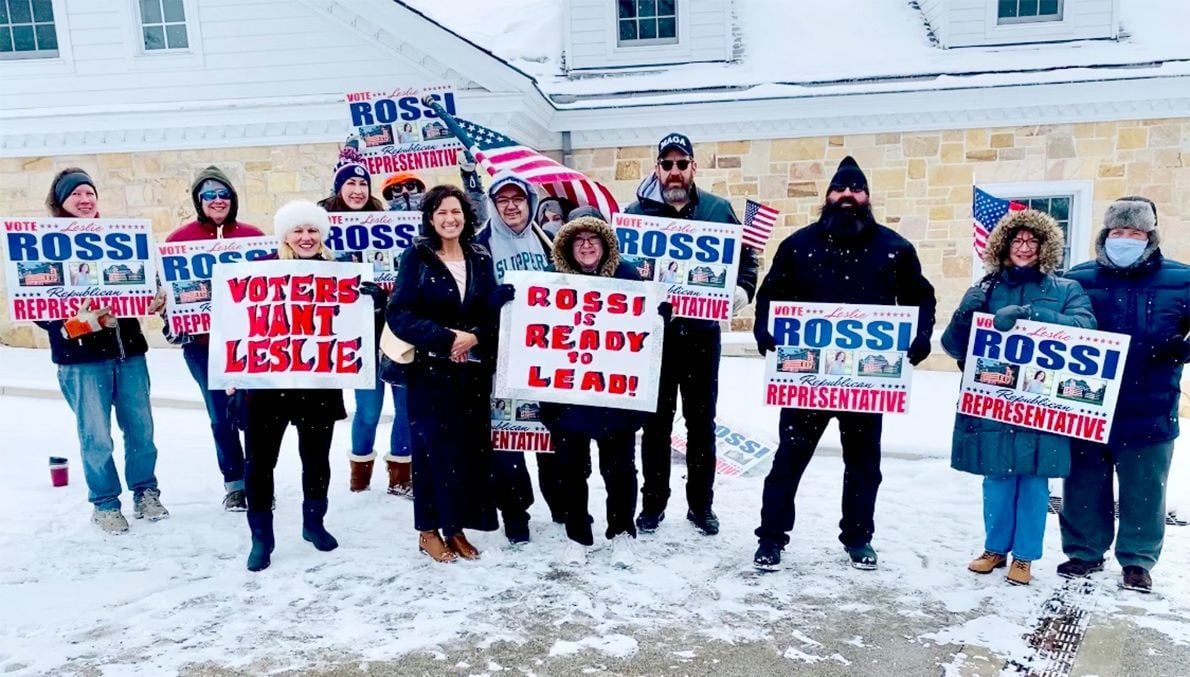 Rossi, standing sixth from the left, thanks supporters who showed up at Saturday's special meeting of Republican conferees in Ligonier.

Rossi, standing sixth from the left, thanks supporters who showed up at Saturday's special meeting of Republican conferees in Ligonier.

Leslie Baum Rossi was chosen Saturday as the Republican candidate to run in the May 18 special election for the House seat in Pennsylvania’s 59th Legislative District left vacant by the death of Mike Reese.

Rossi, 50, of Latrobe created the red-white-and-blue Trump House on Route 982 amid the former president’s 2016 campaign. She helped hundreds register to vote or change their party affiliation up through the 2020 election for which she was a GOP delegate for Trump.

Reese died Jan. 2 of an apparent brain aneurysm. He was elected for a seventh-term in the state House of Representatives, running unopposed in the November election.

Rossi was chosen by a panel of 26 conferees of the Republican Party from the state’s 59th District, which includes parts of Westmoreland and Somerset counties. She will run against Democratic candidate and Ligonier Borough councilwoman Mariah Fisher in the special election.

“I believe having spent the amount of time I did on the ground with the voters, I have demonstrated not only my strong work ethic but that I will be the voice of the people as their needs for the district we live in, are my priority,” Rossi wrote in a statement.

“I love our state and it’s the place we call home. It’s up to us to continue on with our conservative movement and legislators must protect our rights according to the constitution.”

She called the Trump House’s creation in 2016 a “grassroots movement.”

“It was nothing to have 1,000 people or more per day come through the Trump House door,” she said.

“It took more than one round of voting. We had five very qualified, capable people that were candidates,” Bretz said. “They had all made a good impression on people. Our conferees were faced with a very challenging decision, and ultimately Leslie was the candidate that we chose.”

Bretz said the Republican Party is united around Rossi.

“We feel that we are going to be very successful with her in the special election, and she’s going to be a great representative of the people of the 59th District going forward,” he said.

Rossi, a mother of eight and business owner, says she is pro-life and a strong supporter of the Second Amendment.

“I was thrilled to see House Bill 347 presented that seeks to make any additional federal gun control laws unenforceable within the Commonwealth of Pennsylvania and I will be right beside legislators on this as we must protect our rights and we have the power to do so in our own state,” she wrote.

Rossi said voter integrity is a top issue to tackle if she were elected.

“Act 77 was passed in 2019 which changed our election system after 81 years adding the mail in ballots while it did not offer safeguards that needed to be in place to protect our votes,” she wrote. “Voters want and deserve transparency and legislators need to act now to fix that mess so that every vote is legal and that every legal vote counts.”

She is also pushing for improvements to the state’s coronavirus (COVID-19) vaccine distribution, citing difficulties older adults have experienced with registration and transportation.

“High volumes of people who received their first dose were promised the second dose would be held for them and given to them ‘on time’ yet it was not and there is no explanation being given for this, which is unacceptable,” she wrote.

Pennsylvania voters on May 18 will also vote on a ballot initiative for a constitutional amendment that will determine whether the governor’s powers will be limited during disaster emergencies. If it’s approved, emergency disaster declarations will end after 21 days, unless lawmakers approve an extension through a majority vote. It would also explicitly give lawmakers, with a two-thirds majority vote, the ability to end a disaster declaration without the governor’s signature.

“We need a strong voter turn out as there are two referendums on the ballot that are extremely important, so that in the future the governor never has the sole power ever again to shut us down in an emergency disaster order,” she wrote.

Rossi added that in the past year, Gov. Tom Wolf’s disaster declarations have “crippled our small business owners, hurt our jobs and affected every one of us in a negative way, not to mention it has taken many of our American freedoms away.”

Rossi also renovates and rents out property for Crystal Creek Management. She has been involved with the Greater Latrobe IceCats hockey program for many years.