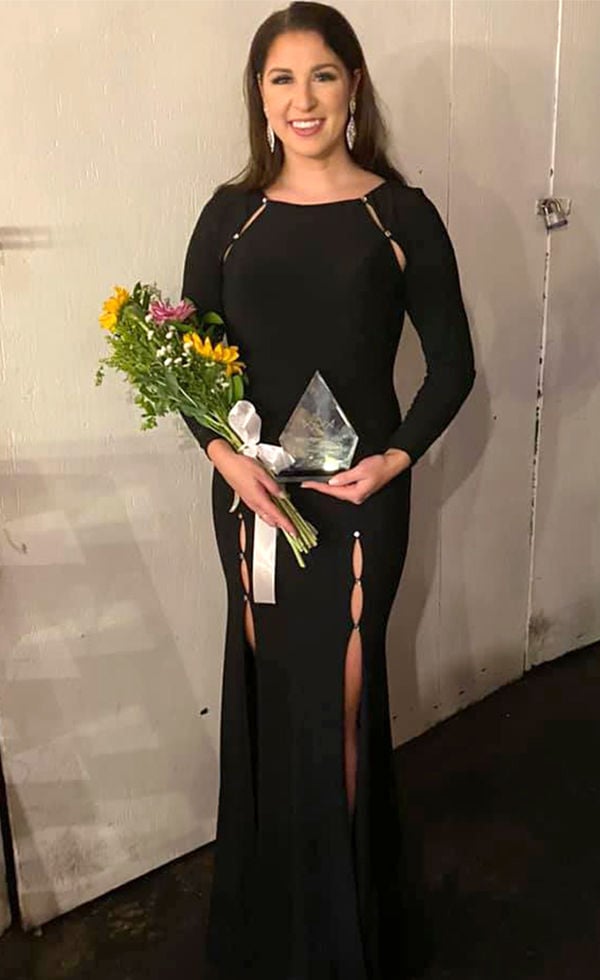 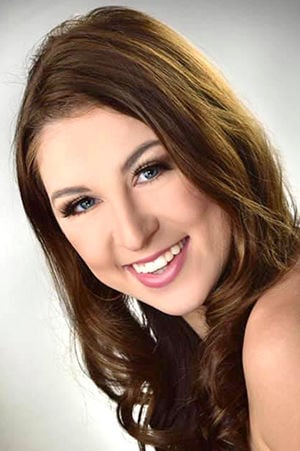 Moffa, 23, a recent college graduate, shined at last month’s 2021 Miss Pennsylvania pageant at The Appell Center for Performing Arts in York. Moffa, the Miss Southwestern Pennsylvania 2020-21, was named fourth runner-up at the state pageant and won a $1,250 scholarship.

Moffa, a Greater Latrobe Senior High School alumna, has competed in pageants for about six years. During that span, she has captured several local titles and has placed in the top 10 in the Miss Pennsylvania pageant three times.

“I’ve been able to reach new people and to meet people,” she said, adding that she has met state and county lawmakers through her pageant work.

Aside from the notoriety that comes with being a pageant contestant, her participation has earned Moffa college scholarship money, which was used to help fund her education at Westmoreland County Community College (WCCC).

Moffa, who recently graduated from WCCC with a degree in social work, is currently employed as a vision therapist at Willowbrook Eye Care in Hempfield Township.

She noted that her work as a vision therapist allows her to give back to patients, as Moffa was once herself a patient dealing with the after-affects of a concussion while in high school.

In 2014, when Moffa was a student at Greater Latrobe, she was struck in the chin with a soccer ball during gym class, but was initially told to get some rest. Two months later, she said she began having migraines, and six months after the incident, she started having vision problems.

Eventually, an eye doctor referred Moffa to a specialist, who diagnosed her with a learning disability called ocular motor dysfunction disability — with leads to issues with sentences — and began vision therapy.

It took 14 months after the soccer hit for Moffa to finally be diagnosed with concussion.

“Concussions are an invisible illness,” he said. “I looked perfectly normal but on the inside I was struggling.”

After the decision was made to attend college closer to home, Moffa eventually found her way at WCCC. She made the dean’s list at the college and her social work classes helped prepare Moffa for her current work with concussion patients. Things were made easier at school by using a planner to organize her daily schedule.

“I work with people who are trying to build their life back, and it’s very rewarding,” she said.

Aside from her rewarding work experience to date, her concussion outreach extends even further. She is a representative for the statewide program Brain S.T.E.P.S and last year, joined Dr. James N. Masterson, D.O., a specialist in sports medicine and concussion management, and three patients to create the Westmoreland County Concussion Awareness Group. Dr. Masterson has treated patients with mild-traumatic brain injuries for more than 30 years.

According to the group’s website, it aims to take “action from evidence suggesting that more than 50% of concussions are unreported due to the lack of knowledge and cultural insensitivity. In many cases, this translates to lack of care for those experiencing a concussion.” The group also (aims) “to improve recognition and acceptance of this injury, reducing short and long term consequences for those affected, while facilitating understanding and compassion.”

As for her pageant future, Moffa — the daughter of Phillene and Denny Moffa of Latrobe — said he doesn’t plan to compete again next year, as she is planning for her wedding.

“It’s opened many doors for me,” she said of her pageant experience.