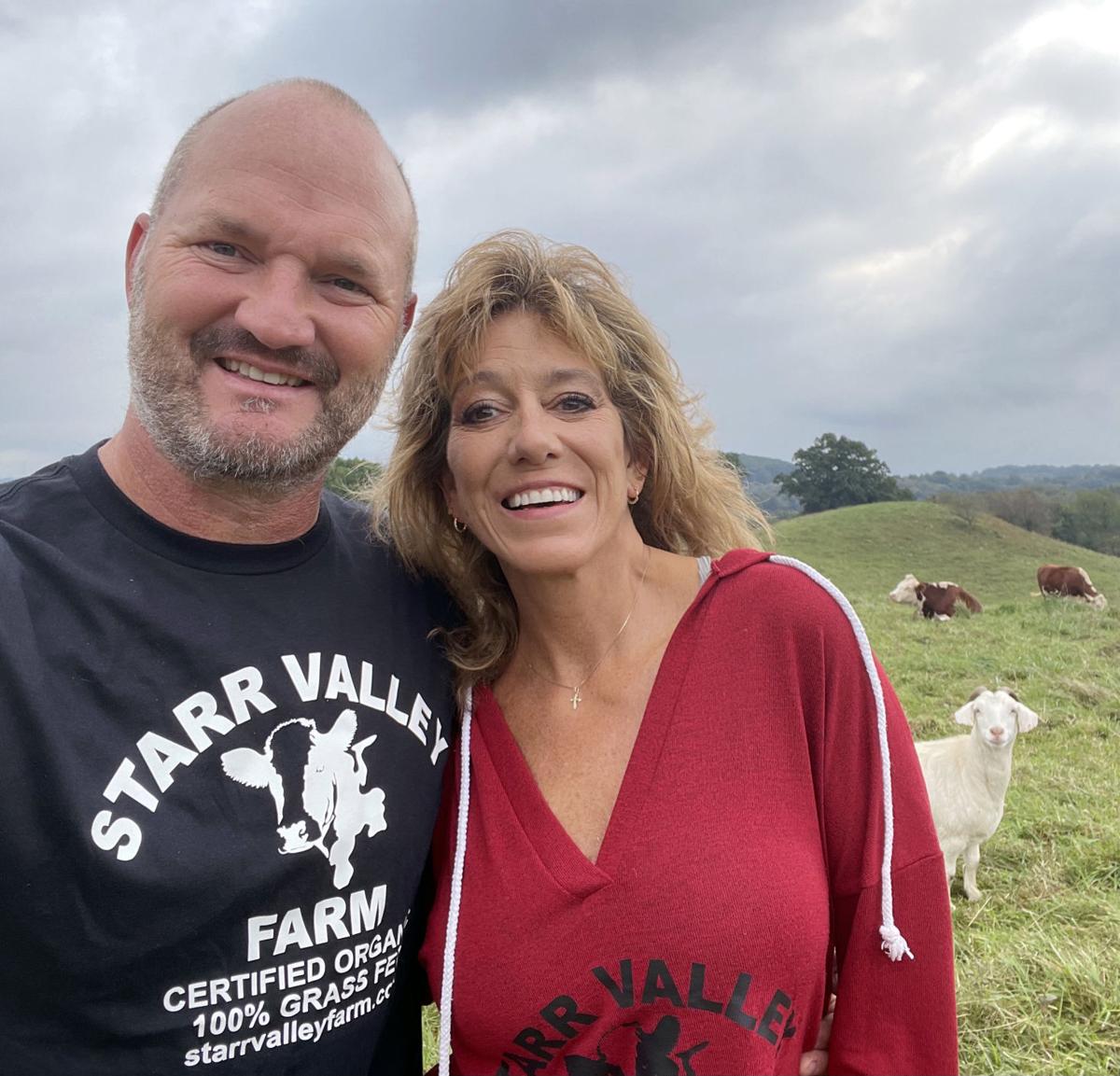 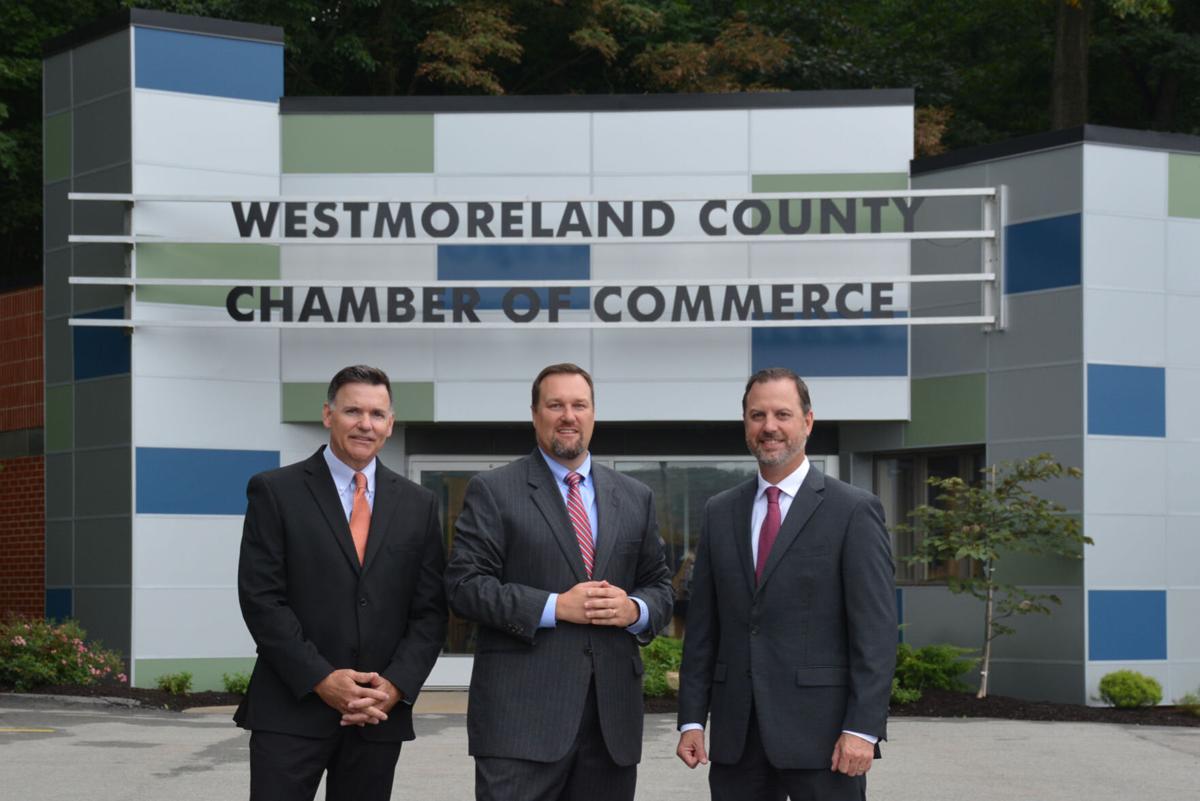 The John Starr Family, Starr Valley Farm is being recognized by the Westmoreland Conservation District as its 2021 Conservation Farmer of the Year for the farm’s outstanding conservation efforts. In addition, the WCD is honoring Westmoreland County Chamber of Commerce as its 2021 J. Roy Houston Conservation Partner. Both of the awardees will be honored by a presentation on Oct. 6 at the district’s headquarters on Donohoe Road.

When John and Margi Starr bought their first farm, 125 acres of land in Allegheny Township, the soil had gone fallow for decades, the fields were overgrown with young forests of crab apple trees and brush and the property was in such poor condition that John Starr’s uncle, a successful farmer, said the only thing that could be raised there was a disturbance. However, after more than 1,500 truckloads of horse manure and two decades of good conservations management, Starr Valley Farm produces some of the most sought-after grass-fed beef in the region.

It has taken years of hard work and investment to get to where they are, along with a deep interest in conservation and the support of the entire family, including the couples five grown children, who help maintain more than nine miles of fence line, make hay and spread manure. Even John’s father, Dick, who grew up on a dairy farm and owns 103 acres nearby, pitches in.

Over the years, the family has implemented a number of conservation practices over the years to keep the animals healthy and the farm sustainable, including the most important, according to John, regular investment in the soil, which grows organic grass that is healthy and strong and able to outcompete rival weeds. The Starrs have divided their acres of organic grass pasture with a combination of high tensile and temporary ribbon fence into 30 paddocks for rotational grazing. They move two separate herds of feeders and breeders through the paddocks often, using science-based guidance from NRCS and John’s intuitive knowledge of animals and the type and height of grasses the farm produces.

“Rotational grazing is as much art as it is science,” said John. “But generally it takes three full months to go through the first rotation, and each paddock gets 13 weeks to recover.”

Currently, the Starrs stockpile grass so the herds can continue to feed through the winter. They are also training cattle how to paw down through the snow and eat grass still in the paddock during the winter months, with a goal of having enough there for the cattle to graze until Valentine’s Day. This approach is not only more nutritious for the animals, but is good for the farm’s sustainability because it reduces time and labor needed to make 250,000 pounds of hay that is historically needed to feed the herds through the winter.

In addition, the Starrs have tapped built wells throughout the property, making spring developments that supply eight water troughs for continuous, quality drinking water for the animals, installed two stream crossings designed to keep the animals out of the streams so the water stays clean and created a heavy use area around the barn and added animal walkways into the pasture so that the concentrated weight of the animals will not create excessive soil erosion.

In addition, the Starrs also considered conservation when building their home on the property, using many of the same energy-saving and conservation features as in the WCD’s barn, including structural insulated panels (waste wood with a non-CFC-producing foam in between), geothermal heating, heated floors, and inside wooden finishes made from culled timber harvested from their own farm.

The Starrs have a Conservation Plan, a Prescribed Grazing Plan, and a Manure Management Plan for their farm. John served on the board of Penn’s Corner Resource Conservation and Development Council for more than a decade.

The WCD and the Westmoreland County Chamber of Commerce can trace their partnership back at least 45 years, when in 1976 J. Roy Houston, whom the conservation partner award is named for, served as chair for both the Chamber and the Conservation District.

Where most saw incongruity in the two roles, Roy saw opportunity — a chance for business and conservation to become closer, uncover common goals and work together to achieve them. Roy’s instincts were accurate and to this day that relationship, which is more often than not an adversarial one in other counties, continues to be a positive force in Westmoreland County, resulting in more important projects that benefit our community being completed.

One of those joint projects includes the development of “Reimagining Our Westmoreland,” the county’s current comprehensive plan. The chamber and the district worked together as active and equal partners to help develop the plan, and their two perspectives helped create a well-balanced blueprint for a more livable and prosperous community.

For the past four years, members of the WCD’s technical staff have participated in the chamber’s Leadership Westmoreland program, a nine-month learning experience where they were introduced to leaders in key elements of our community, including businesses, health care providers, social service agencies, government organizations, educational institutions, and so on. In addition to building better community awareness, the program helped participants develop leadership skills and the ability to find real-world solutions to community problems.

More recently, the chamber’s Leadership Westmoreland Youth Academy (a similar leadership program designed for high school sophomores, juniors, and seniors) also partnered with the district. Last year, Leadership Westmoreland Youth Academy participants were able to participate in an outdoor conservation learning experience that the District provided along Turtle Creek. And the district’s barn headquarters served as the host location for the entire one-week course this year.

Throughout the years, the chamber’s annual prayer breakfast has been one of the signature Westmoreland County events that brings together leaders from all aspects of the community and all faiths. The district’s Board of Directors and leadership staff have attended faithfully for years, and have benefitted both personally and professionally from its encouraging message of partnership and unity.

With roughly 1,000 members and an across-the-county reach, the chamber has been instrumental in helping the district to promote its conservation ethic with nontraditional audiences, to form new and lasting partnerships, and to promote the use of more conservation best-management practices.