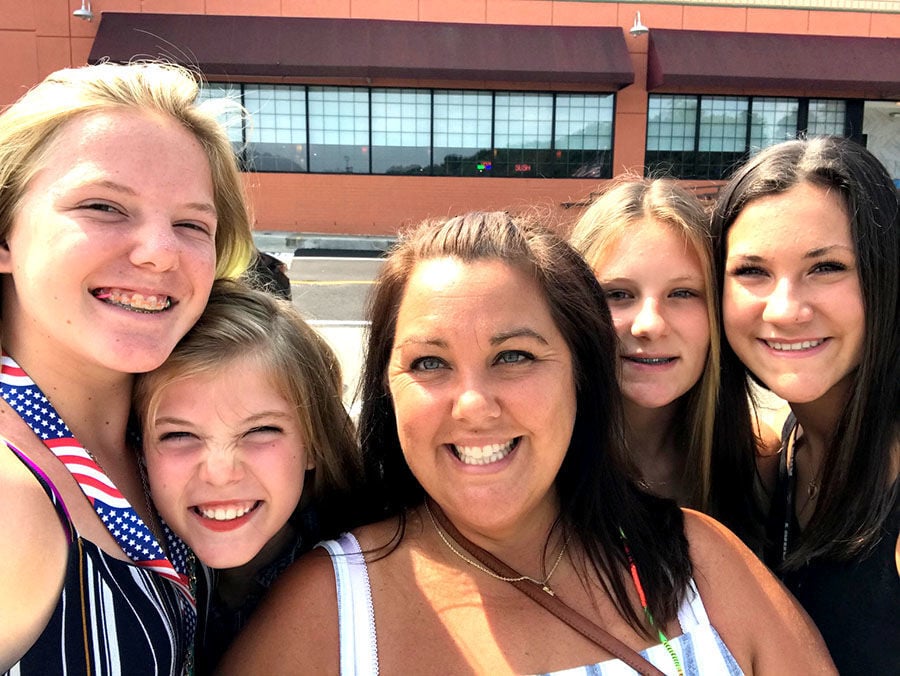 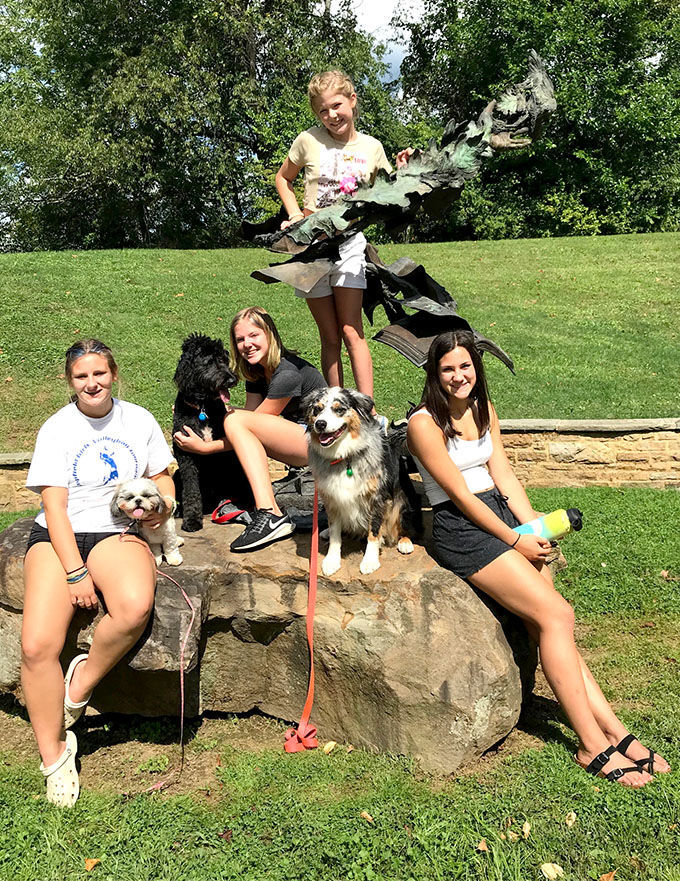 Rissa, Rain, Lucie and Ally — the adopted daughters of Nikki Loucks — are students in the Derry Area School District. All four are involved in sports and do well in school.

Rissa, Rain, Lucie and Ally — the adopted daughters of Nikki Loucks — are students in the Derry Area School District. All four are involved in sports and do well in school.

Nikki Loucks was 24 when her parents, Jim and the late Jerri Loucks, adopted four-year-old Mattie.

Loucks has an identical twin and a brother three years older.

“We were all moved out and my parents were experiencing empty nest syndrome,” she said. “They wanted to take this next step and help a child. I didn’t fully understand the whole adoption process. But I saw what a difference it made in not only my parents’ lives, but also in my adopted sister’s life.”

Loucks, 42, has a master’s degree in education with a focus on counseling. She’s a treatment coordinator and therapist for Pressley Ridge, a Pittsburgh-based organization that has an office in Hempfield Township to provide family services through foster care, mental health services and specialized education.

Because of her work, she saw firsthand the challenges that children face when their family structures fail and they enter foster care. She wanted to make a difference.

Loucks had adoption in the back her mind for years and thought that she would eventually adopt one daughter.

“I have four beautiful girls and I am privileged to have them call me Mom,” she said.

The single mom and her daughters live in a four-bedroom house in Loyalhanna, Derry Township.

November is National Adoption Month. According to the U.S. Department of Health and Human Services, in 2019 there were 122,000 children in the foster care system waiting for adoption. During that fiscal year, 66,000 others were adopted, including 2,849 in Pennsylvania.

Many were older, some in their teens, and have been in foster care for years, often moving from one home to another. Parental rights are relinquished when the courts determine that children are not safe with their biological families. They become available for adoption, but many older children remain wards of the state until they come of age.

“I have remained close to Mattie, and she inspired me to want to adopt,” Loucks said.

Like many adoptive parents, she started out with a foster care placement. She took a break for six months when that didn’t work out.

“The adoption worker noted that I had room for two girls, so OK, I started looking at sisters,” she said.

“In the back of my mind, I didn’t feel like my family was complete,” Loucks said. “Even though I was happy, I had this urge to adopt another child. I didn’t know who it would be.”

She started browsing through listed children in Statewide Adoption Network. Meanwhile, she was assigned to counsel a girl who would not be returning to her birth family. That girl had a sister who was with another agency. When Loucks expressed interest in them, the girl was assigned to another therapist and Loucks took a backseat to treatment and took on the new role of first foster mom, then adoptive mom. The adoptions of Lucie, 12, and Rain, 14, were finalized in September.

Their home is not only filled with girls, but also with dogs and cats — a golden doodle named Cole, Frankie the Australian shepherd, Philomena the shih tzu, and two cats named Nikolai and Nala.

The girls are students in the Derry Area School District. All four are involved in sports and do well in school.

It’s been a big adjustment for everyone in the past two years. Loucks went from having no children to being a single mom with four daughters. The girls had to change course in their lives when they realized that they couldn’t return to their birth families.

Children can react in different ways when they’re terminated from their biological parents. It may also be scary to think of starting all over with a new family. Or with growing up and not having a family at all. Children in foster care may have a lot of uncertainty.

“When I first left my birth family, I didn’t think I was going to make it to a forever home,” Rain said. “I always thought I was going to be bouncing around. I didn’t think I was good enough to be with one person the rest of my life. I met my mom on the first day that I had moved into my third foster home. She was my therapist, and Lucie’s too, and we were close in the therapist kind of way. We’re still adjusting.”

Lucie “thought it was a crazy thought” that her former therapist wanted to adopt her and Rain. “Whenever I got taken away from my birth parents, I assumed that I would be bouncing around from house to house,” she said.

The transition of moving into a forever home with two other sisters who were virtual strangers initially created some problems.

“It was a little chaotic and then we all got to know each other,” Lucie said.

It wasn’t such a smooth transition for her sister.

“I hated my mom at first,” Rissa said. “I didn’t want to be in a foster home. I wanted to do independent living and be on my own. I thought I’d go back to my birth family. Then I realized how hard it must have been for her to take me in. Now, we are super close.”

Rissa had been close to her birth mom, Loucks said, adding, “When the idea of adoption came up, she was resistant at first. I knew it was hard for her to cut ties with her biological mom. Rissa had a hard start with us and she was waiting for me to get rid of her just like the other foster families did. I kept telling her, ‘You’re not leaving. I am not giving up on you.’ It finally clicked.”

Building a new family has challenges, especially when the children are older and harder to place.

“My heart really goes out to those kids because they carry a lot of trauma with them,” Loucks said. “They have been in the foster care system for a few years and they have had that bond with their biological family for some time. My girls have adapted well and are at a point in their lives where they have accepted that they need to move on. This is their chance for a new life.”

On the practical side, financial challenges are mitigated by state and county assistance for adopting older children and sibling groups.

“There are many rewards for adopting,” Loucks said. “I have girls who are 12, 12, 14 and 15 who still want me to tuck them in and kiss them goodnight. That’s very rewarding to me.”