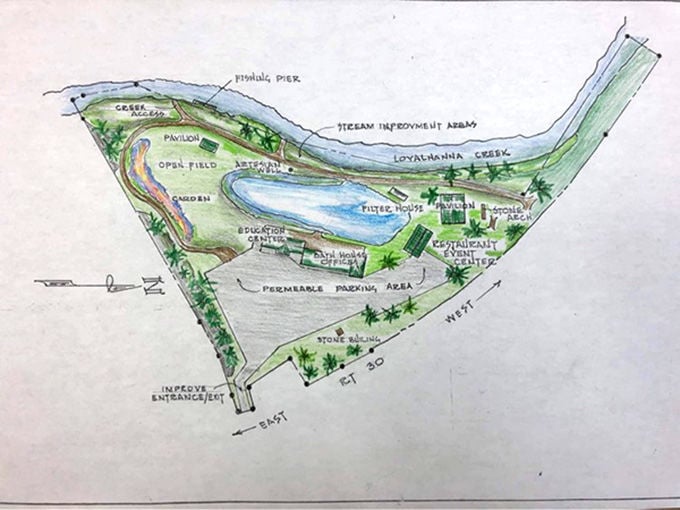 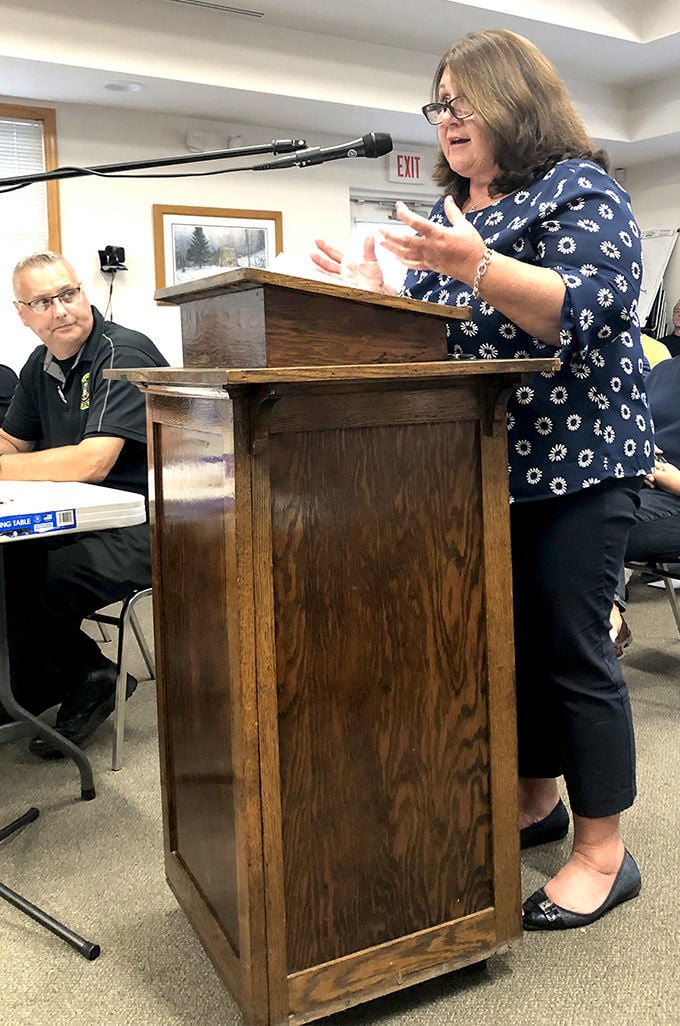 A grassroots community group envisions a natural swimming pool as the focal point of a year-round recreation destination at Ligonier Beach.

Members of the Friends of Ligonier Beach (FOLB) on Tuesday presented a master plan concept for Ligonier Beach Park to the Ligonier Township Board of Supervisors that incorporates the swimming pool among other nature-based activities at the eight-acre property along Route 30.

The group has campaigned to reopen the historic swimming pool, which closed after the 2017 season, as part of the township’s planned revitalization of the landmark.

The supervisors voted unanimously to forward the conceptual plan and accompanying natural swimming pool presentation to Teeter and Associates, the consulting firm engaged to develop a feasibility study for Ligonier Beach Park.

FOLB has been working with BioNova, a New Jersey-based company responsible for building the first public natural swimming pool in the United States and North America.

The group’s proposal is to convert the nearly century-old, 1.3-million-gallon concrete swimming pool into a chemical-free, naturally-purified oasis.

A typical natural swimming pool (NSP) uses an organic filtration system for the swimming area employing a separate regeneration pond with plants that clean the water as it continually flows between the two areas.

However, the Ligonier Beach NSP BioPool would instead use BioNova’s mechanical biofilm filtration system rather than a plant-based regeneration pond, which could not endure flooding from the Loyalhanna Creek.

If the swimming pool were to overflow, the nutrient-rich water would not harm the environment, given the lack of chemicals. The filtration chambers could also be shut down during a flood, FOLB member Debbie Nicely explained.

The natural pool conversion would retain the shape, structure and bather capacity of Ligonier Beach’s original pool with some necessary reinforcement to support the biological filtration system.

Along with the converted swimming pool, FOLB’s vision includes: a restaurant and event center implementing green technology like solar panels and a live green roof; a bath house and education center; a pollinator garden and riparian buffer; walking trails with access to a fishing pier at the Loyalhanna Creek; a permeable parking area with charging station for electric cars, and an improved entrance and exit.

FOLP believes its plan can revitalize a once popular swimming pool that attracted thousands of locals and visitors since opening in 1925 and improve the health and well-being of the community plus boost the Ligonier Valley’s economy.

Several members as well as community advocates spoke in support of the pool and these potential benefits to the region.

“So, all of you — as I think it was supervisor (Stephanie) Verna who affectionately coined us ‘The Pool People’ — know that we started out several years ago very passionate about saving, preserving the pool, the chlorinated pool. We’ve listened to all the other community organizations, all of the different ideas that have been presented for the property, and we really think with its beautiful natural setting, it is the perfect opportunity to develop this environmentally-friendly, wonderful destination,” FOLB member Julie Donovan said.

FOLB member Jim Stewart talked about the positive influence that being near, in, on or under the water can have on a person’s mental and physical well-being.

“The great thing about this opportunity is we’re a bigger and better community, we’re closer together when we’re in the water, when we’re around the water, it’s something that makes us healthier, makes our children healthier. Swimmers are healthy people. It reduces the stress of aging. It’s just a terrific opportunity in a terrific place at a terrific time,” Stewart said.

“All those things bring people to Ligonier. And Ligonier Beach, especially as a unique idea, not only the largest pool in the area, but if we do the natural filtration system, that will bring people not only from the region but from the whole country and even from the world because this is such a unique idea,” Detar said.

If the township moves forward with the plan, Ligonier Beach Park would also feature the largest natural public swimming pool in the United States, the first in Pennsylvania, the second in the nation and the third in North America.

And those visitors spend money — $1.9 billion in the Laurel Highlands and $772 million in Westmoreland County annually.

“So not only is this an appeal for people to recreate, for an outdoor recreational resource, but it’s helping support and sustain the businesses not only just in Ligonier, but Ligonier Valley and Laurel Highlands as a whole,” Nemanic said.

“You have a big decision ahead of you and it’s not an easy one and I appreciate that. But I’m not here to make your decision for you because my job is to promote. So, when you make that right decision, and you have a tourism asset for outdoor recreation and it’s multi-faceted, I’ll be very happy to tell your story. Because that’s what we do. We are storytellers. And you have the opportunity to create something that’s very unique,” she added.

The major questions thus far concerning Ligonier Beach have been whether a pool restoration can garner enough public and investor support to be feasible.

At their April 25 work session, the supervisors hired Teeter and Associates to conduct a financial feasibility study of swimming pool concepts at Ligonier Beach that would be pitched to private foundations in Western Pennsylvania. The goal would be to gauge interest in financially backing the project before incorporating it into a master site plan.

Between 30 to 40 people attended Tuesday’s meeting in person — attendance that didn’t go unnoticed by the board. The township also received more than 35 emails of support from Ligonier and non-Ligonier residents before Tuesday’s meeting, plus at least 10 more once the meeting began.

Both township officials and the FOLB appear willing to move forward with the Ligonier Beach Park project.

“I appreciate the way you spoke to us this evening. It was respectful, it was intelligent, and it gives us a lot to think about. I hear everything you’re saying,” supervisor Dan Resenic told FOLB, which comprises Melissa Eller (president), Mary Walton Whittemore (vice president), Debbie Nicely (treasurer), Julie Donovan (secretary), and board members Sharon Detar, Janell Emery, Doug Finger and Jim Stewart.

Resenic pushed for clearing dilapidated buildings that will not have any value to the proposed master plan and prettying up the site. Ligonier Township received a Westmoreland County grant to demolish the filter building and pump house.

Officials also plan to review a breakdown of the grant money received for the property acquisition and multiple development phases, given some confusion over how the $123,248 in the township’s Ligonier Beach Park Fund can be used for the site and for which phases.

Friends of Ligonier Beach is ready to collaborate with the supervisors and other community partners on the future of a dormant recreational asset.

“Our ultimate goal is to work together with the township to make something exciting happen out there,” Eller said.