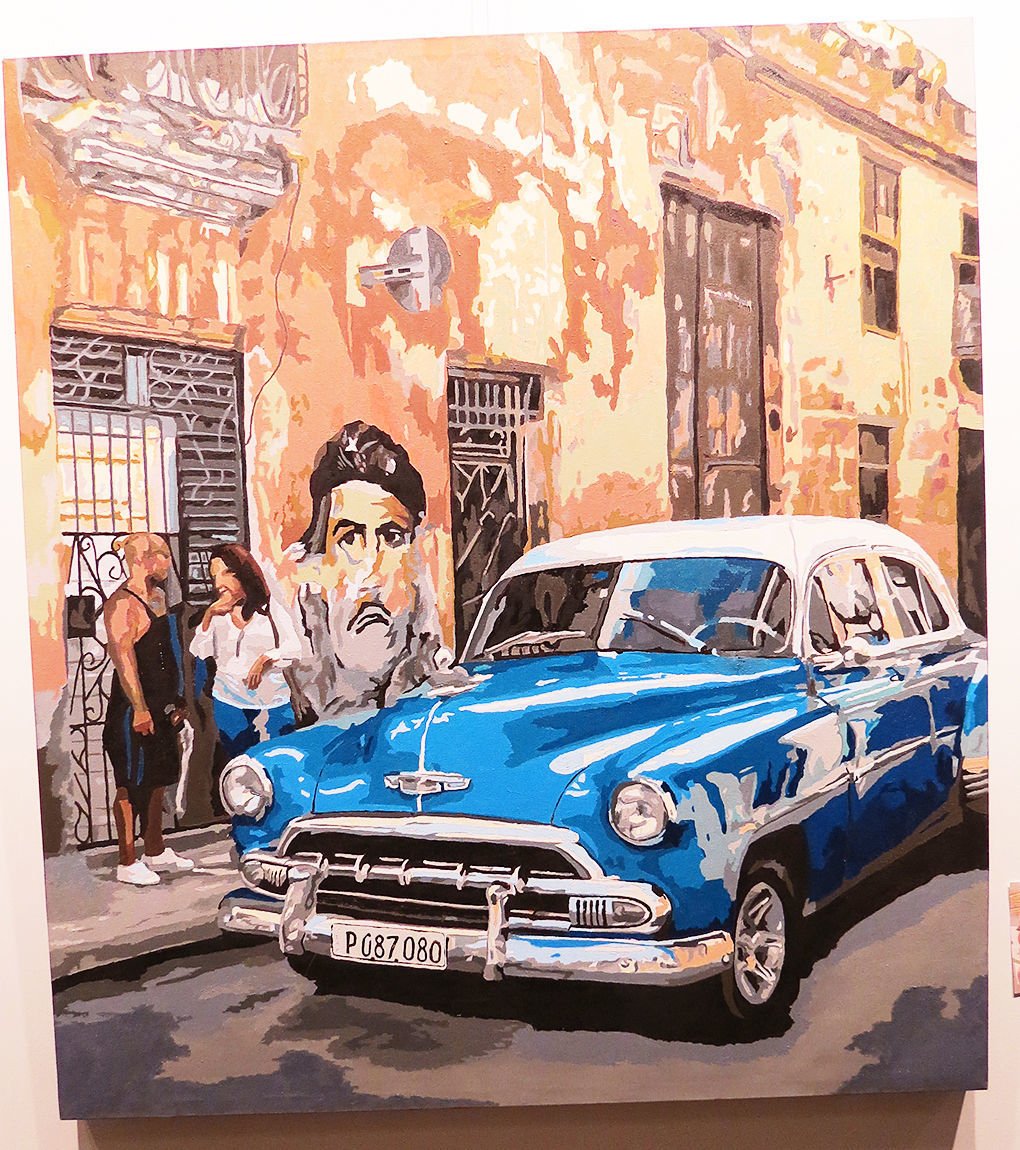 “Chevy and Che” by Alan Byrne. 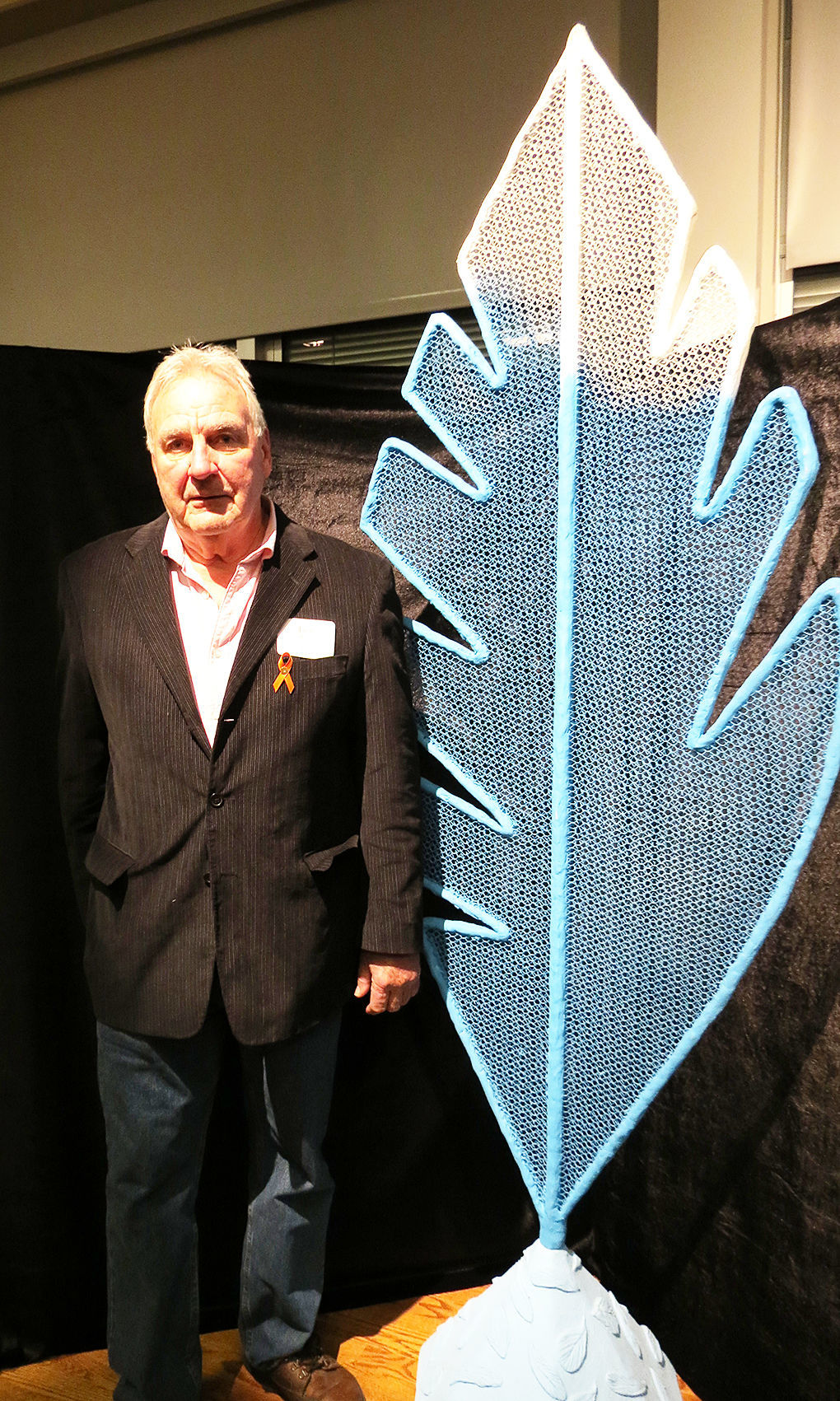 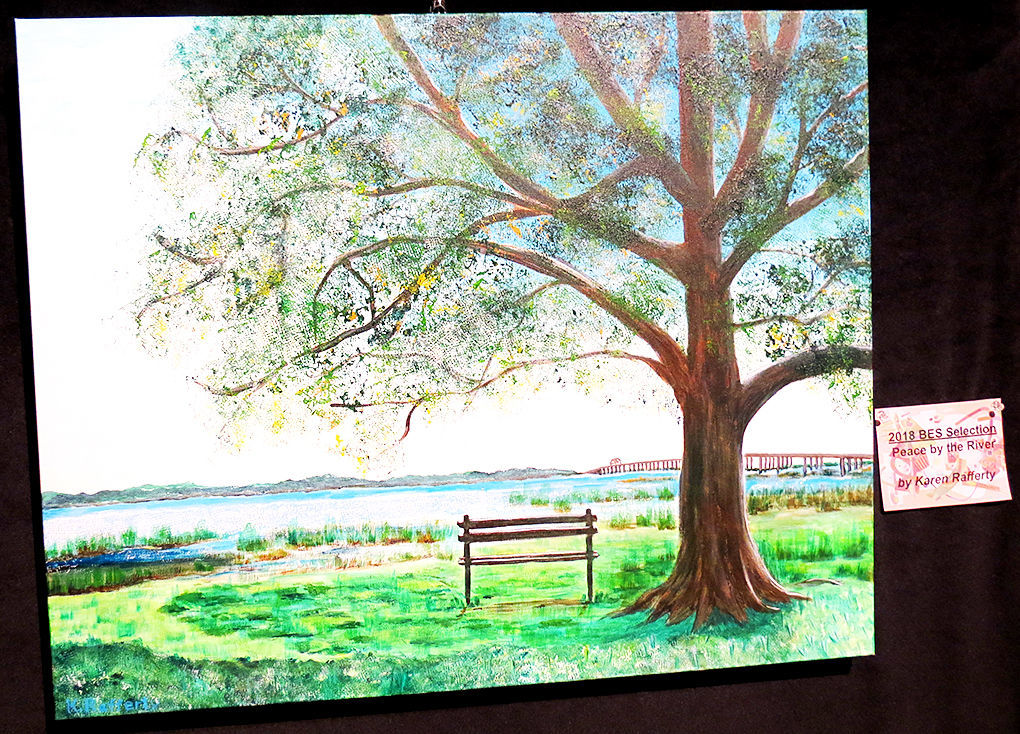 “Peace by the River” by Karen Rafferty, the Baggaley Elementary School selection for 2018. 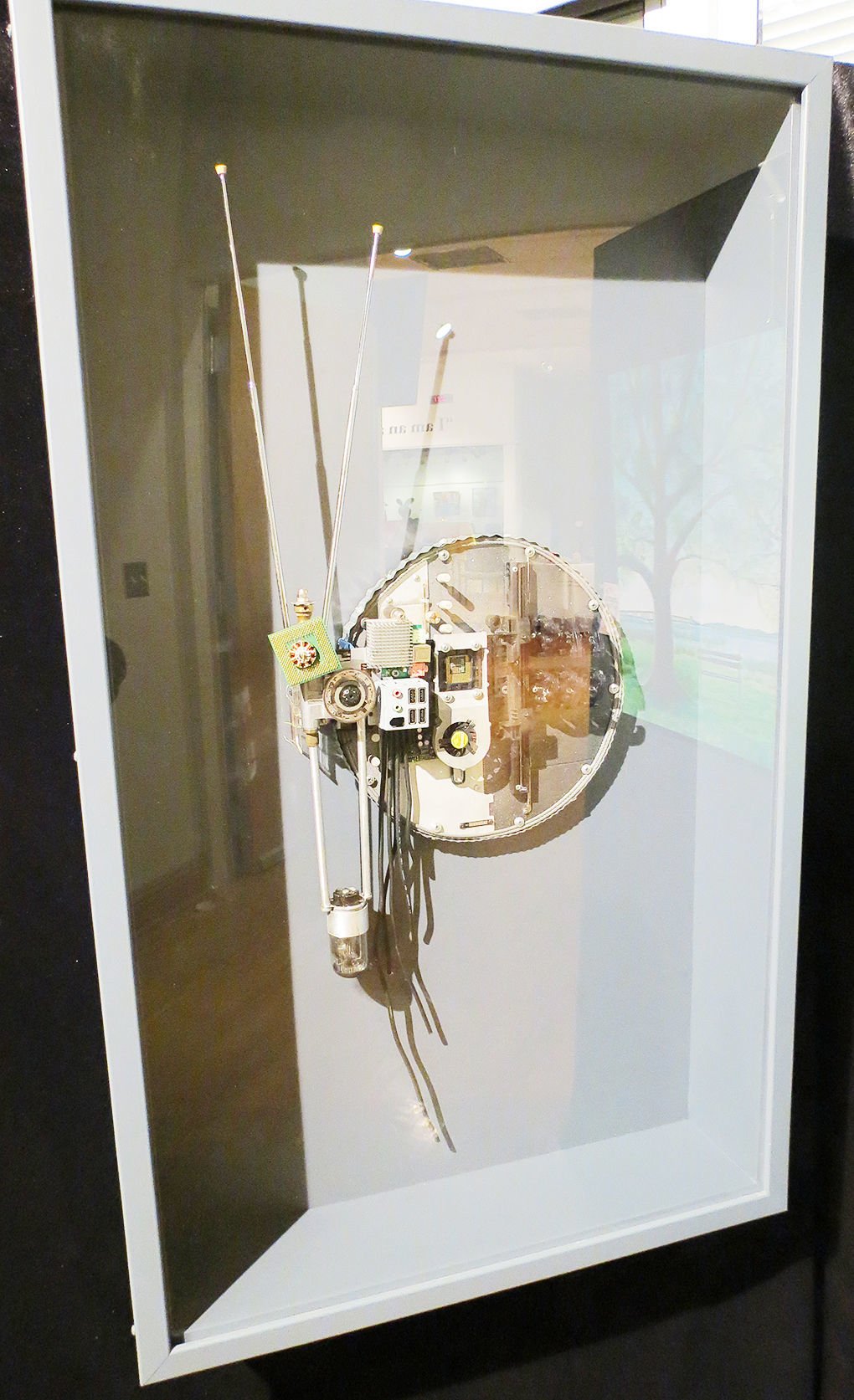 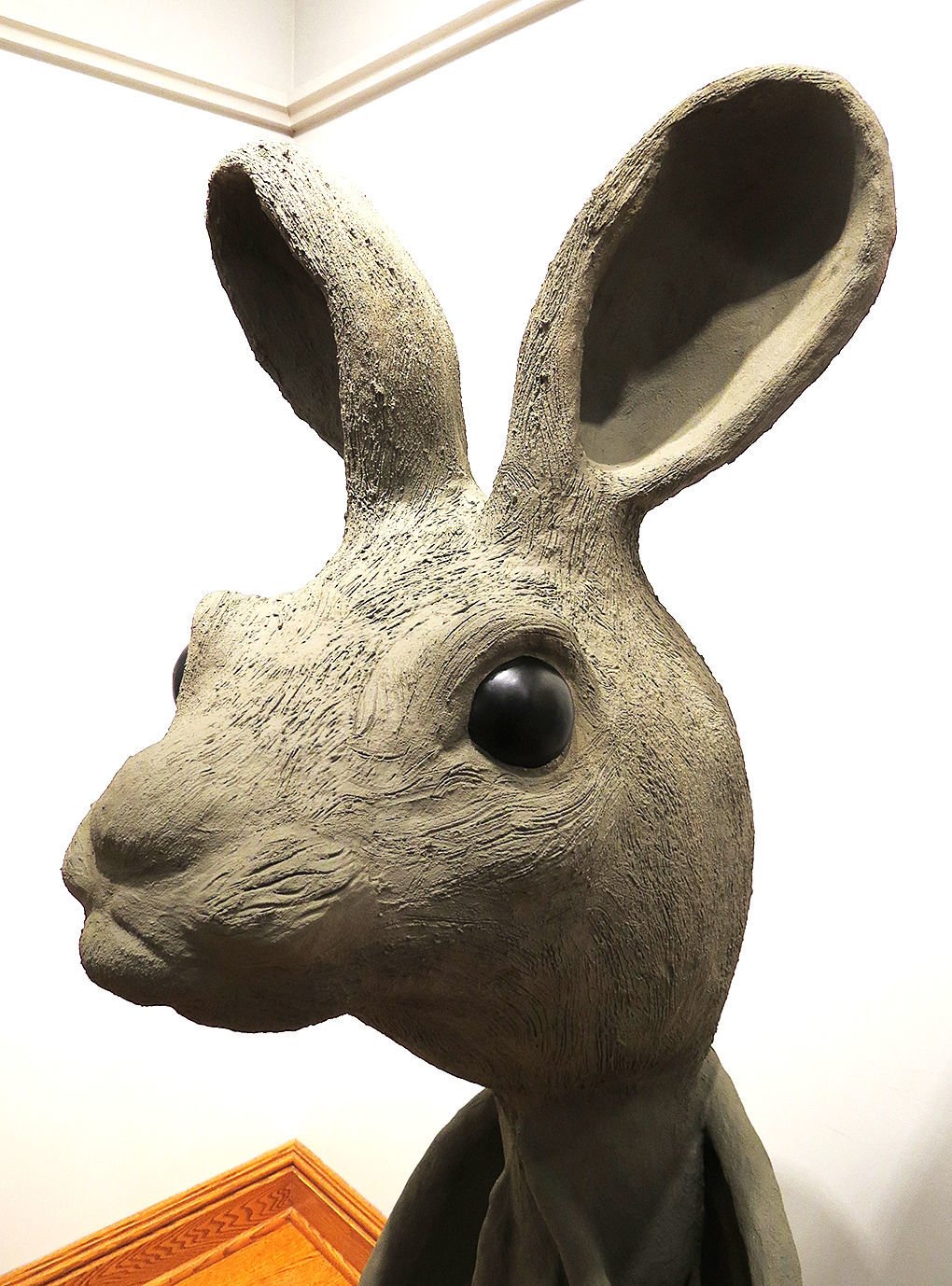 A close-up of “Mr. Smith” by John Mayer. 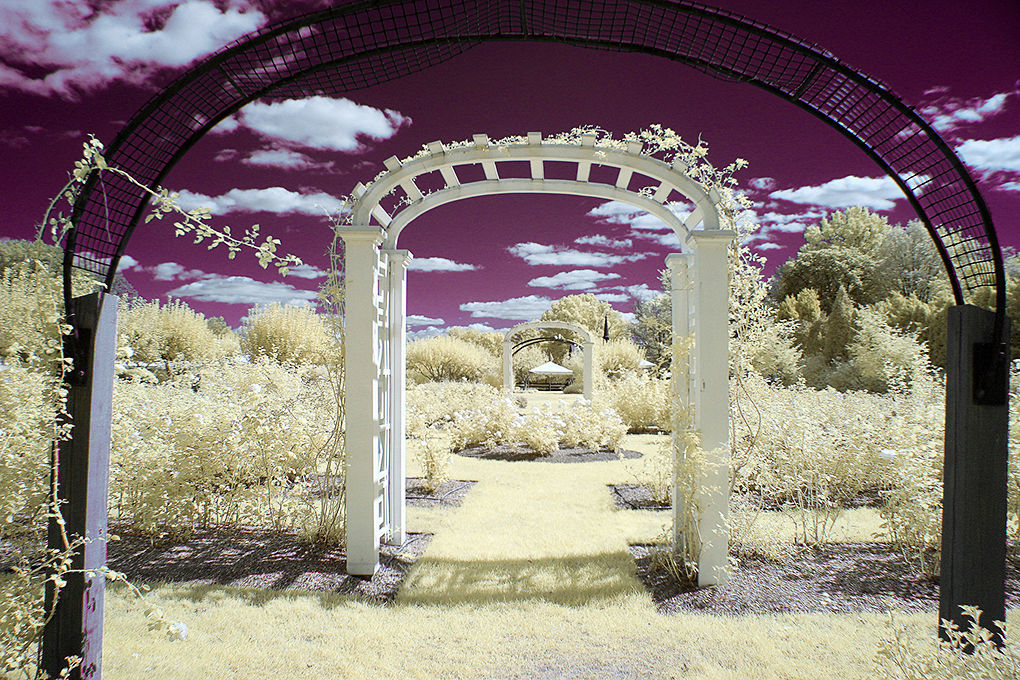 “In the Vortex,” an infrared photograph by Alexis Dillon.

“Chevy and Che” by Alan Byrne.

“Peace by the River” by Karen Rafferty, the Baggaley Elementary School selection for 2018.

A close-up of “Mr. Smith” by John Mayer.

“In the Vortex,” an infrared photograph by Alexis Dillon.

When students at what’s now Greater Latrobe High School purchased “Blue Center” by Richard Crist, it was the first abstract painting added to their permanent art collection that was started in 1936. The year was 1951.

“They recognized a new movement in art, and they dared to buy it,” said Barbara H. Nakles, chair of the Art Conservation Trust that takes care of the collection.

American art since then has taken off in many directions, and Crist’s abstract painting at Thursday night’s Art Gala set the theme of A New Vision Of Creativity. It was used on the invitations, and bits and pieces of the painting were reproduced on limited-edition pendants that were sold at the reception.

The annual event at the high school raises funds for the trust and showcases the works of art that members of student council select for consideration. Docents introduce the paintings and the artists’ backgrounds, then patrons vote on their favorites. Their choices are compared to the students’ top picks, and invariably there are favorites in common. This year there were three.

“Just Clowning” by Robert Huckestein of Pittsburgh is a self portrait with three images: A back view of him painting his own portrait from looking at his reflection in a mirror. He’s wearing a red clown nose.

“When the Cows Come Home” was also selected by both the guests and the students. The oil painting was created by Latrobe artist Doreen Currie who often paints cows and farm scenes. This one, she said in her bio, was inspired by several cows that she saw resting in a pasture on the family farm.

“Word Search” by Joseph Ryznar of Lower Burrell is an unusual and experimental painting created with squares of different colored blocks and letters. There’s confusion up close, but stand back and a portrait of jazz legend Louis Armstrong emerges.

The students also narrowed their choices down to three other works of art.

“Chevy and Che,” an oil painting by Alan Byrn, is a street scene in Cuba that focuses on a 1952 Chevrolet parked in front of wall painted with a portrait of revolutionary Che Guevara.

A raven is the subject of “Nevermore,” a stained glass panel by Ligonier artist Mandy Sirofchuck, based on Edgar Allan Poe’s epic poem, “The Raven.” The bird is perched next to a skull set on books and is surrounded by a border of lines from the poem. The artist used a combination of stained glass and painting on glass that was fired in a kiln.

“Mr. Smith” by Jack Mayer of New Alexandria is a large sculpture of a creature that looks somewhat like a rabbit, but is not. Mayer, who works with concrete over metal, creates large whimsical and unidentifiable fantasy creatures.

This year, two of his sculptures were at the reception. The second one was “Blue Feather” that was purchased last year by students at Mountain View Elementary School.

The elementary and junior high students make their selections one year, then present them the following year at the gala.

“Black and White TV” by Ronald Nigro joins the permanent collection at Latrobe Elementary School. It’s a collage of parts from an old television framed under glass.

Baggaley Elementary School students selected “Peace by the River,” a serene painting by Karen Rafferty that features an empty bench under a tree.

The junior high school students purchased “In the Vortex,” an infrared photograph by Alexis Dillon.

The gala honored Pamela and Scott Kroh for their contributions to the community. According to Mrs. Kroh, they considered “80 to 90 homes” when they were relocating.

“When I first visited Latrobe, I knew this was it,” she said. “It was home.”