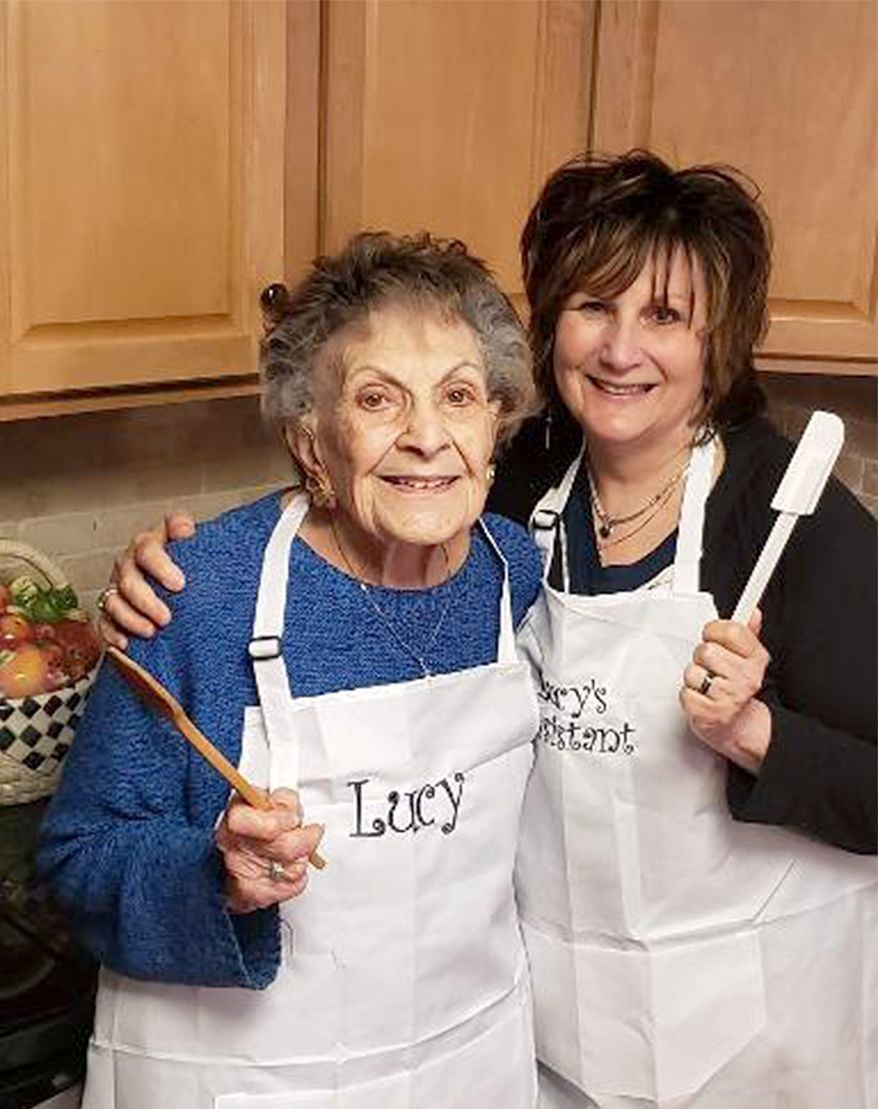 Lucy Pollock and her daughter, Mary Ellen Raneri, are working on a cookbook featuring 222 of Pollack’s legendary recipes. In the right photo, Pollack’s cooking show “Baking With Lucy” is livestreamed on Facebook each Sunday, which showcases the 98-year-old’s time-tested culinary skills. 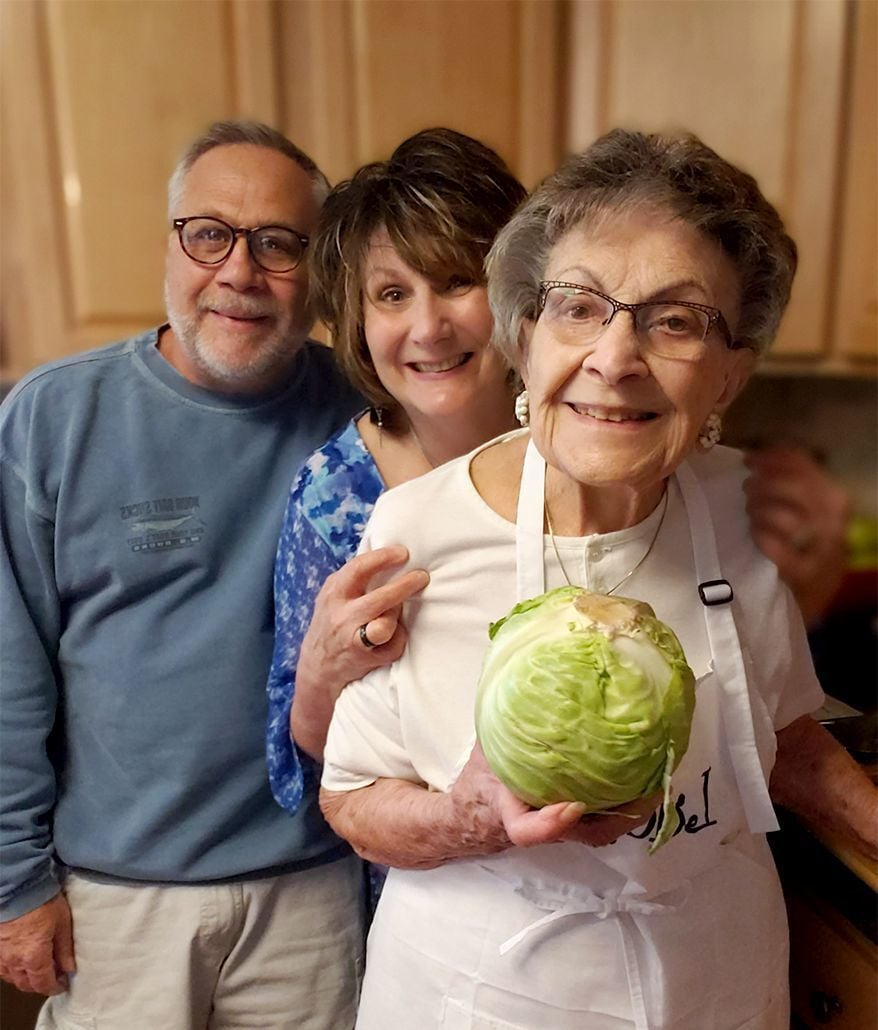 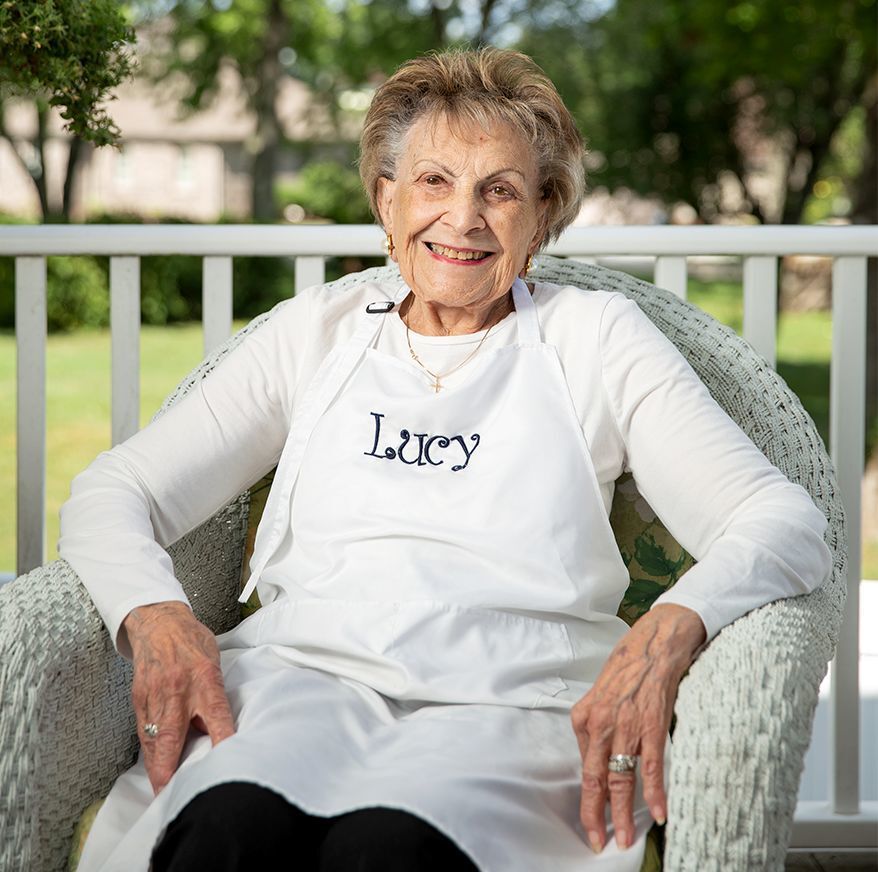 The Facebook page for Lucy Pollock's cooking show, "Baking With Lucy," has more than 30,000 followers. The 98-year-old has been livestreaming cooking videos every Sunday with her daughter, Mary Ellen Raneri, since March 22. 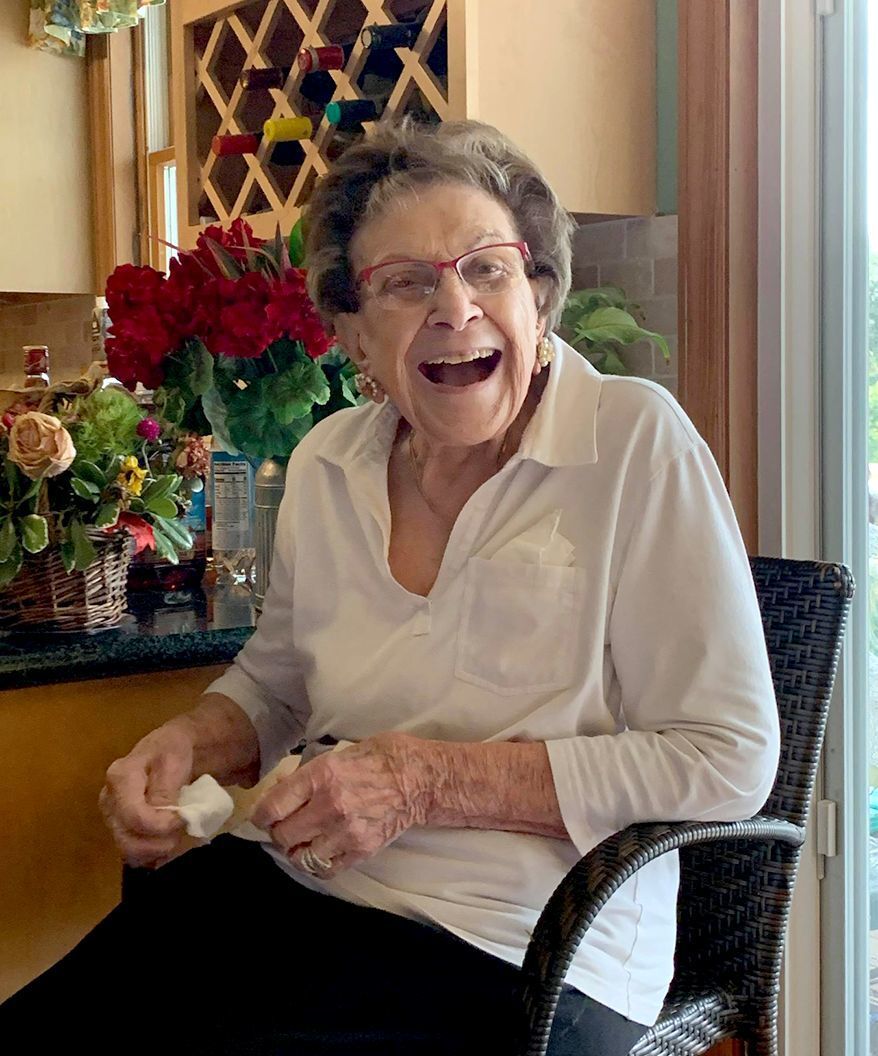 Lucy Pollock and her daughter, Mary Ellen Raneri, are working on a cookbook featuring 222 of Pollack’s legendary recipes. In the right photo, Pollack’s cooking show “Baking With Lucy” is livestreamed on Facebook each Sunday, which showcases the 98-year-old’s time-tested culinary skills.

The Facebook page for Lucy Pollock's cooking show, "Baking With Lucy," has more than 30,000 followers. The 98-year-old has been livestreaming cooking videos every Sunday with her daughter, Mary Ellen Raneri, since March 22.

It all started last March when a friend asked Mary Ellen Raneri if her mother, Lucy Pollock, could show her how to make Easter bread.

Raneri asked her, then added, “Do you mind if I do a video? And can we do it live?”

The video that Raneri shared on Facebook turned into another, then another, and more. The live episodes have been streaming every Sunday since March 22, and sometimes there are pop-up videos on weekdays whenever Pollock feels like making something. Like maybe she has a bag of apples, so it’s time to bake an apple pie.

What became known as “Baking With Lucy” has more than 30,000 followers, and a cookbook of the same name will soon be released.

Not bad for a woman who turned 98 a few days ago.

Pollock lives with her daughter, son-in-law Phil and dachshunds Lily and Alfredo in Lawson Heights. Her culinary skills are legendary in their circle of friends and family, and now people all over the country and abroad are watching her bake and cook. She makes no-frills comfort food like grandma used to make, and no wonder. Her cooking was passed down to her from her own mother who kept the family fed during the Great Depression and other hard times.

“Grandma had a huge garden and a cow, and she was the best cook in the world,” Raneri said.

It was such an influential lesson in frugality that Pollock is still saying, “More flour, less meat.”

If it’s too fancy, she’s not going to cook it. If it has too many ingredients, or things that aren’t readily available in an ordinary kitchen, she won’t make that, either.

Pollock’s Italian parents immigrated to the United States in the early 1900s and ended up in Homer City. Her father was a coal miner and a “carpenter who could make anything.” Her mother took care of nine children (one died at a young age) and baked around 26 loaves of bread for the family every week.

Pollock’s late husband Michael was a Pennsylvania state trooper based in Punxsutawney. Raneri, who taught French and composition writing in the Ligonier Valley School District, was their only child. She grew up eating a combination of Italian and Slovak foods, and remembers always smelling something good cooking when she turned the corner on her way home from school.

Her mother moved in with her in 2012, and the two often cook together.

“I learned a lot from her, but I’m not as good as she is,” Raneri said. “I’m always in a hurry, and my mother is more methodical.”

Pollock takes time with her baking and cooking but, like many good cooks, the measurements aren’t always precise. Add enough flour, a little at time — “don’t just dump it in” — to make the dough perfect.

“Use this, the heels of your hands, not your fingers,” she says, holding up her hands every time she makes dough.

Those kneading instructions are a standard on her show. She’s also known for saying “don’t burn the garlic” so many times that they now have t-shirts with that motto.

Phil Raneri usually films the livestreams of both women interacting in the kitchen. Raneri will do other segments with just her mother on camera. On Thursday, Pollock made another batch of dough.

She didn’t know what she was going to do with it, so she placed it in a greased bowl and covered it to let it rise. The mother and daughter came back on hours later. Pollock had decided to set aside a small portion to make buns and roll out the rest of it in a cookie sheet, add oil and some herbs. They later posted a photo of the finished product baked with Romano and mozzarella cheese, and garden tomatoes.

A viewer commenting during the second segment of Thursday’s livestream asked if she was going to add garlic powder or real garlic.

“Not garlic powder,” Pollock responded. “I use cloves of garlic all over it, and if somebody doesn’t like it, they can spit it out.”

Pollock, for sure, has a quick humor and, her daughter said, “She tells it like it is. My mother is very honest.”

There are lots of lighthearted moments in the episodes, and Pollock laughs when things go wrong. One time when she was preserving a sandwich spread, they had the filled jars ready to go into the boiling water bath when a viewer sent a message: “When do you put in the salad dressing?”

Oops. They forgot to add that. No problem. Pop off all the lids and rings, dump everything back into a bowl, mix in the salad dressing, and refill the jars with new lids.

Comments come in from viewers all throughout the episodes. One person thought that Pollock didn’t add enough cornstarch to thicken the coconut cream pie, but it turned out perfect. Another asked why there was so much liquid in her own canned tomatoes. The answer was easy: “Not enough tomatoes.”

“Baking With Lucy” has become so popular that many times people recognize her when she’s at the supermarket, even though she’s wearing a mask.

The livestream and videos have become more successful than they ever imagined.

“I think we are both a little overwhelmed,” Raneri said. “We’re really trying to feel our way and it’s all so new to us. It’s so nice that people like this.”

Pollock had several careers before she retired. At one time, she managed Kroger supermarkets, and she also worked as an assistant manager at an unemployment office. Now she’s having the time of her life as a Facebook celebrity.

The cookbook contains 222 recipes in honor of her birth year 1922. They’re written with instructions in her voice, and there are additional fun notations and photographs. It is spring bound and hardback so that it’s easier to prop up on a kitchen counter. A website is still under construction and the book’s availability will be announced on the Facebook page, Baking With Lucy. The price is $19.99 with $1 from each sale donated to Helping Hearts & Healing Tails rescue based in the Ligonier area.