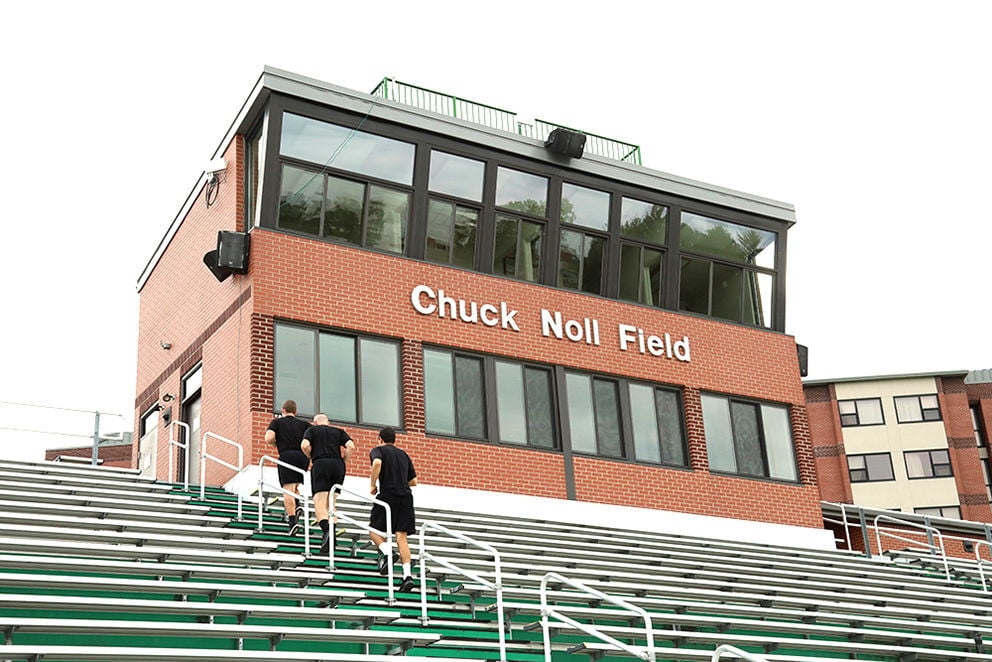 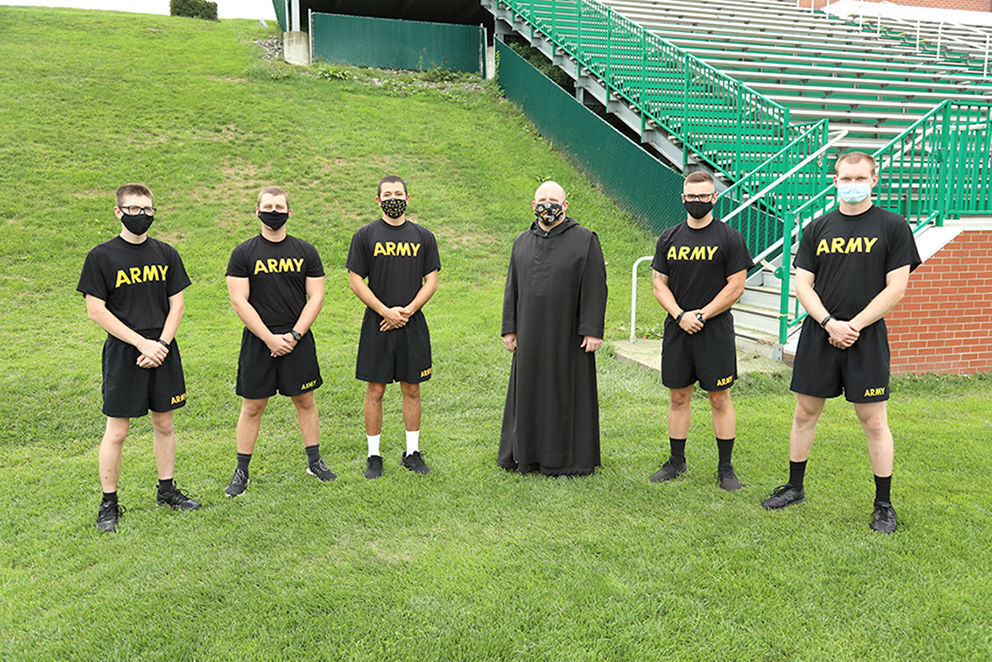 St. Vincent College ROTC cadets were joined by members of the St. Vincent Benedictine community on Friday, Sept. 11, in honoring victims of the 9/11 terrorist attacks by climbing 2,200 stairs, the equivalent of the height of the 110-story World Trade Center.

“The climb is something I’ve been doing on my own for about five years now,” Counihan said. “All throughout my high school years, I wondered what I could do to honor the brave men and women who sacrificed it all in the attacks, and a local firefighter suggested this to me. While he said it as sort of a joke, I took it to heart, and since then, I’ve done it every Sept. 11.”

While he was only a toddler at the time of the terrorist attacks, the tragedy has continued to have a profound effect on Counihan.

“We lost a close family friend in the attacks on the World Trade Center,” he said, “and these events are ultimately the reason that I chose to join the military.”

“I am proud to have such an honorable and passionate group of students enrolled at St. Vincent College and in the ROTC program,” said Dr. Eric Kocian, associate professor of criminology and St. Vincent ROTC adviser. “While the fact remains that they were very young when we were attacked 19 years ago, they realize the significance of the day, the manner in which our nation rose from the attack and the commitment to serve and honor the country and the flag that represents it.”

While the group hadn’t specifically trained for the stair climb, Counihan felt that the ROTC cadets should have been sufficiently prepared thanks to its strenuous physical fitness regimen.

“We do high intensity training three days a week, which should definitely help with this,” he stated. “Running and intense cardio is something we preach and practice as a program, but this will absolutely test the cadets to push themselves to their limits.”

This marks the second straight year in which St. Vincent’s ROTC participated in the 9/11 stair climb, with three cadets completing it in 2019, and Counihan hopes that it remains an annual tradition.

“To see the students and anyone else who honors the day and embraces the event gives me hope for the nation,” Kocian said. “I’ve never seen a country as patriotic as America following 9/11 and to have people honor America for how she responded on the day she was attacked is a virtue beyond words. I could not be prouder of those who organized and participated in this event and I consider myself blessed to know and gain inspiration from them all.”