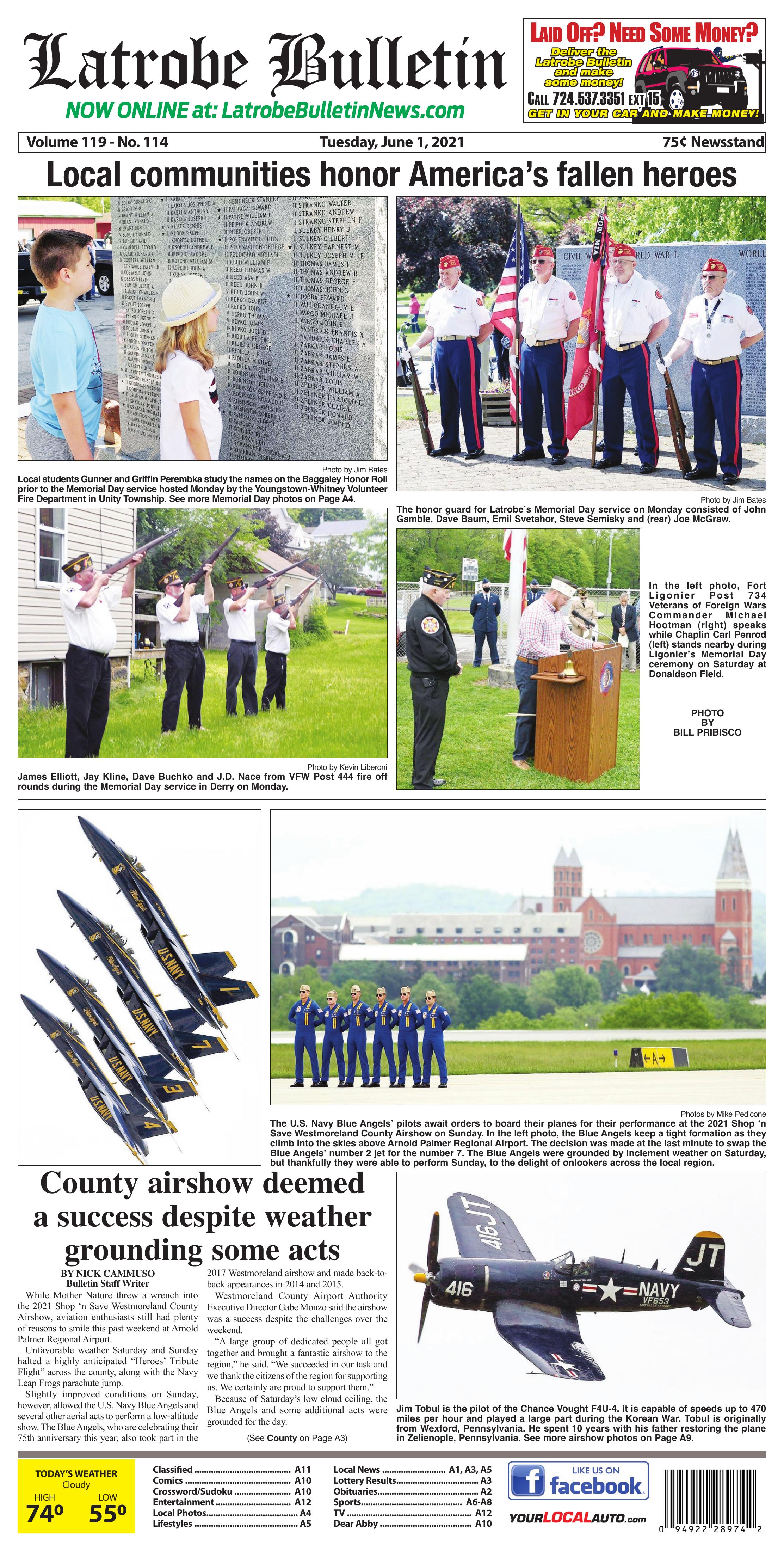 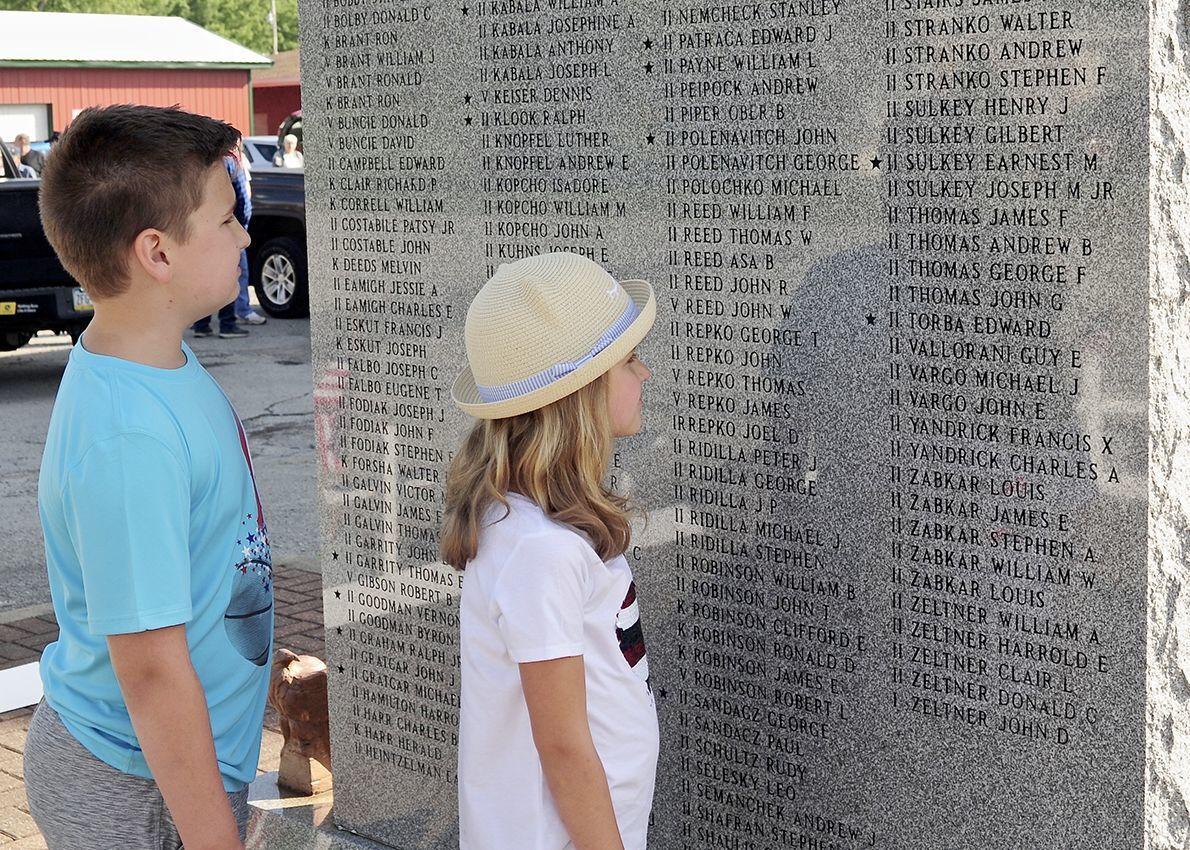 Local students Gunner and Griffin Perembka study the names on the Baggaley Honor Roll prior to the Memorial Day service hosted Monday by the Youngstown-Whitney Volunteer Fire Department in Unity Township. See more Memorial Day photos on Page A4. 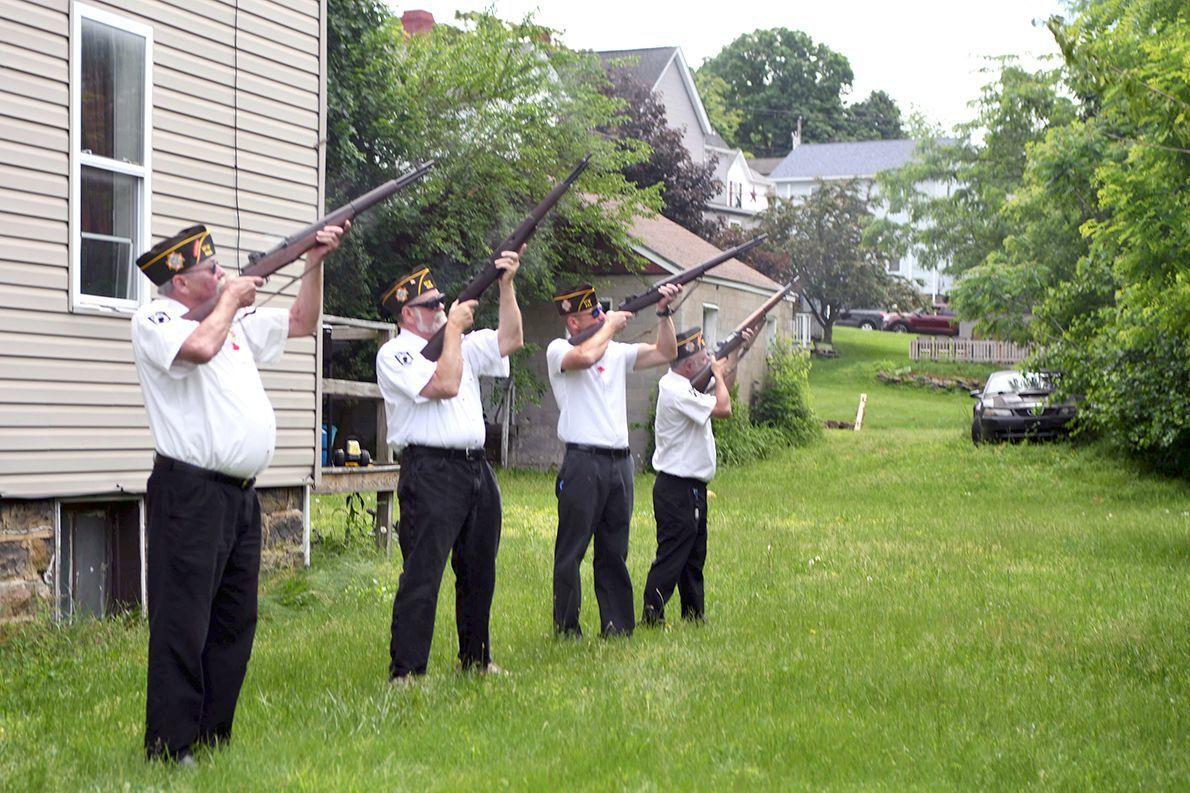 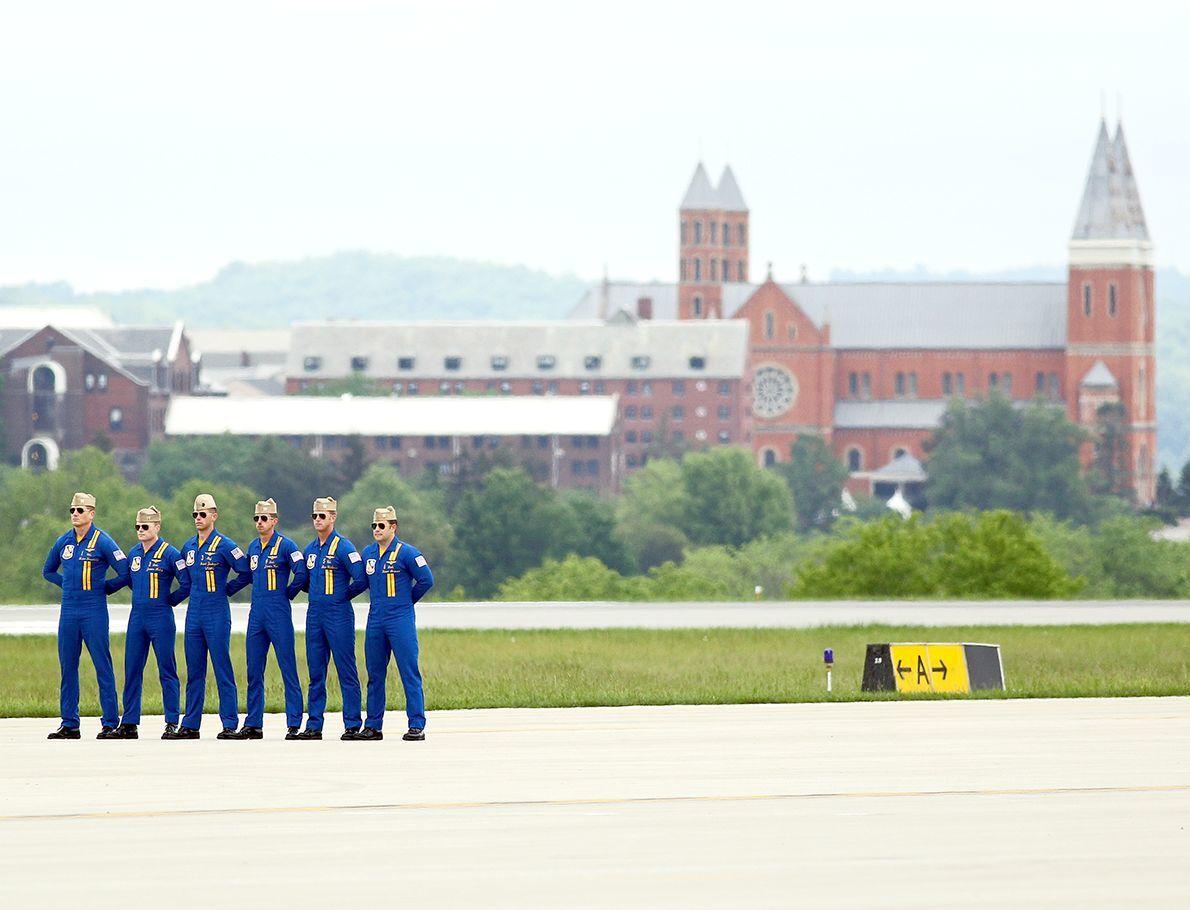 The U.S. Navy Blue Angels' pilots await orders to board their planes for their performance at the airshow.

While Mother Nature threw a wrench into the 2021 Shop ‘n Save Westmoreland County Airshow, aviation enthusiasts still had plenty of reasons to smile this past weekend at Arnold Palmer Regional Airport.

Unfavorable weather Saturday and Sunday halted a highly anticipated “Heroes’ Tribute Flight” across the county, along with the Navy Leap Frogs parachute jump.

Slightly improved conditions on Sunday, however, allowed the U.S. Navy Blue Angels and several other aerial acts to perform a low-altitude show. The Blue Angels, who are celebrating their 75th anniversary this year, also took part in the 2017 Westmoreland airshow and made back-to-back appearances in 2014 and 2015.

Westmoreland County Airport Authority Executive Director Gabe Monzo said the airshow was a success despite the challenges over the weekend.

“A large group of dedicated people all got together and brought a fantastic airshow to the region,” he said. “We succeeded in our task and we thank the citizens of the region for supporting us. We certainly are proud to support them.”

Because of Saturday’s low cloud ceiling, the Blue Angels and some additional acts were grounded for the day.

That included the heroes’ flight, a multi-aircraft trek that planned to fly over county locales such as Ligonier, Greensburg, Mount Pleasant, Rostraver and Vandergrift to honor doctors, first responders and others’ efforts during the coronavirus (COVID-19) pandemic.

Airshow spectators were, however, able to see the speed, power and sound of the Air Force F-22 Raptor on Saturday, among other acts.

The inclement weather made officials at the Unity Township airport reverse a previous policy, as they honored tickets whether they had been purchased for Sunday or Saturday’s show.

Because of pandemic-related restrictions in effect during the airshow’s planning stages, this year’s airshow was a “drive-in” format and was limited to 1,000 vehicles per day along with a small VIP area. 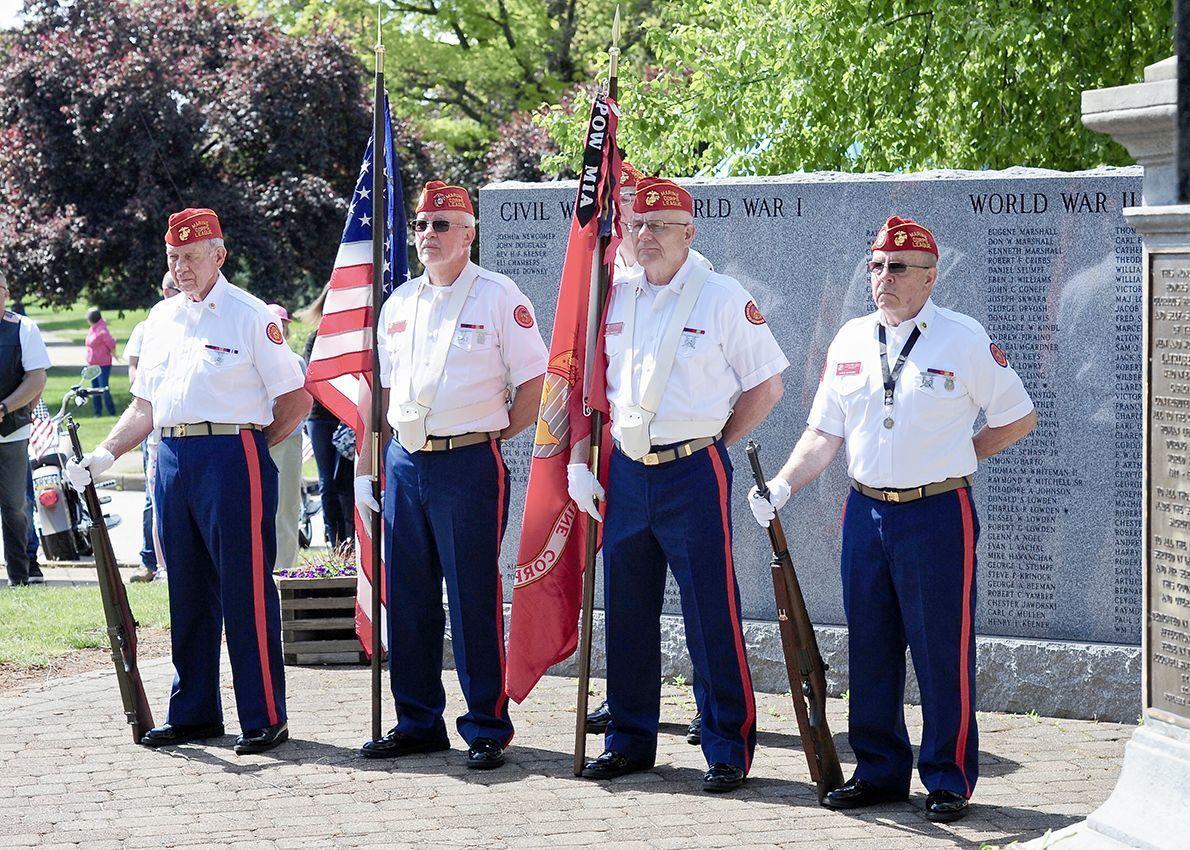 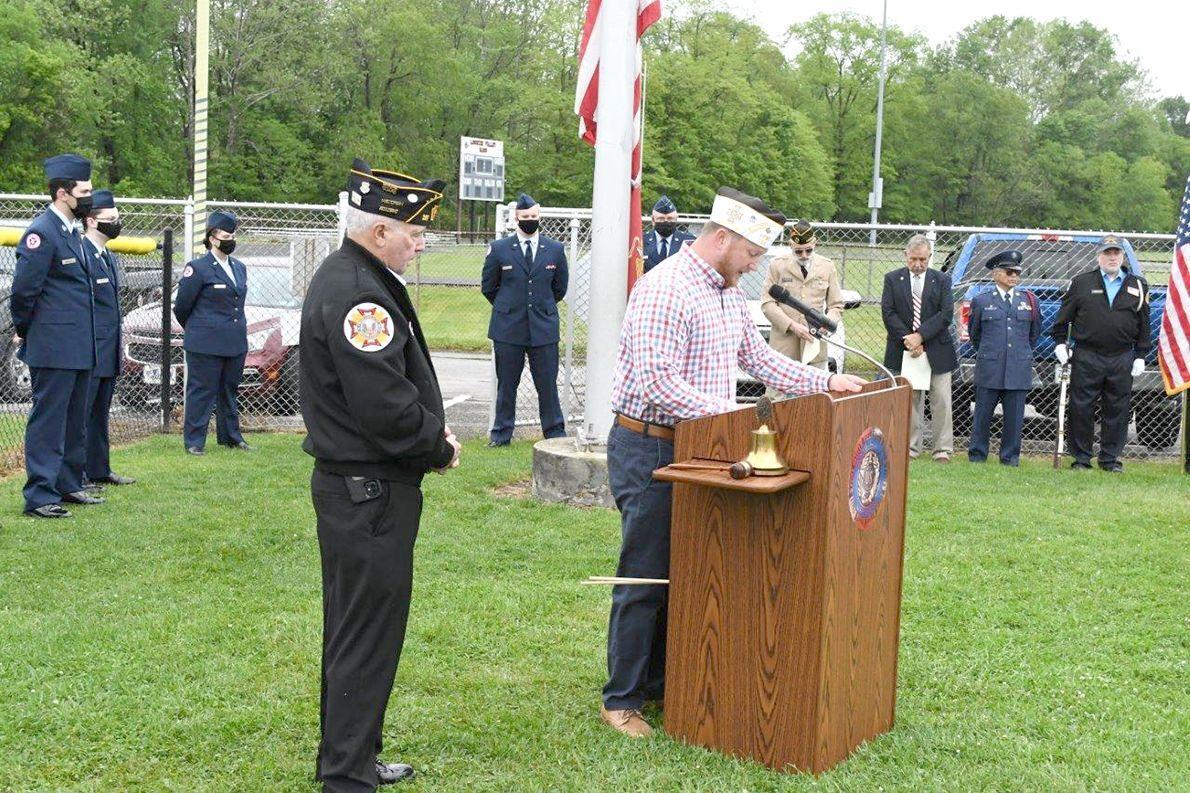 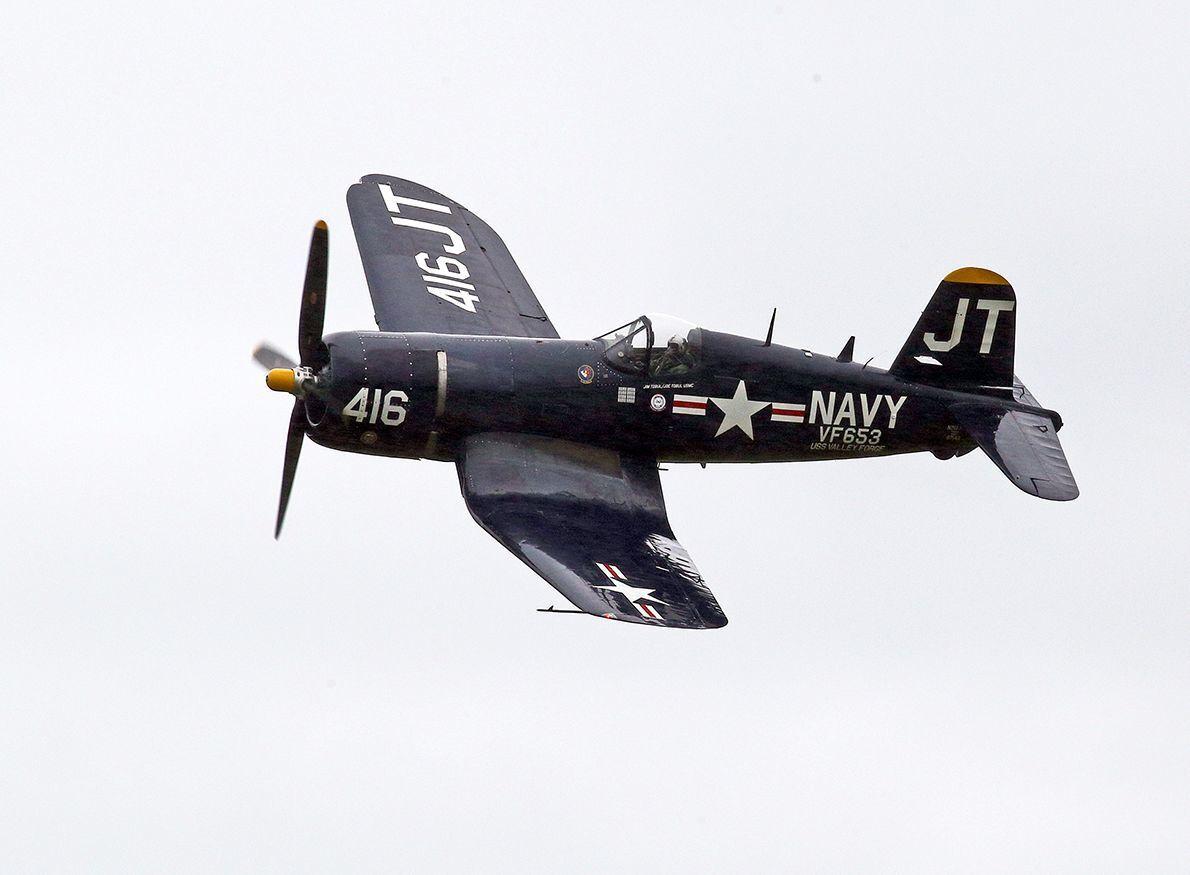 Jim Tobul is the pilot of the Chance Vought F4U-4. It is capable of speeds up to 470 miles per hour and played a large part during the Korean War. Tobul is originally from Wexford, Pennsylvania. He spent 10 years with his father restoring the plane in Zelienople, Pennsylvania. See more airshow photos on Page A9.