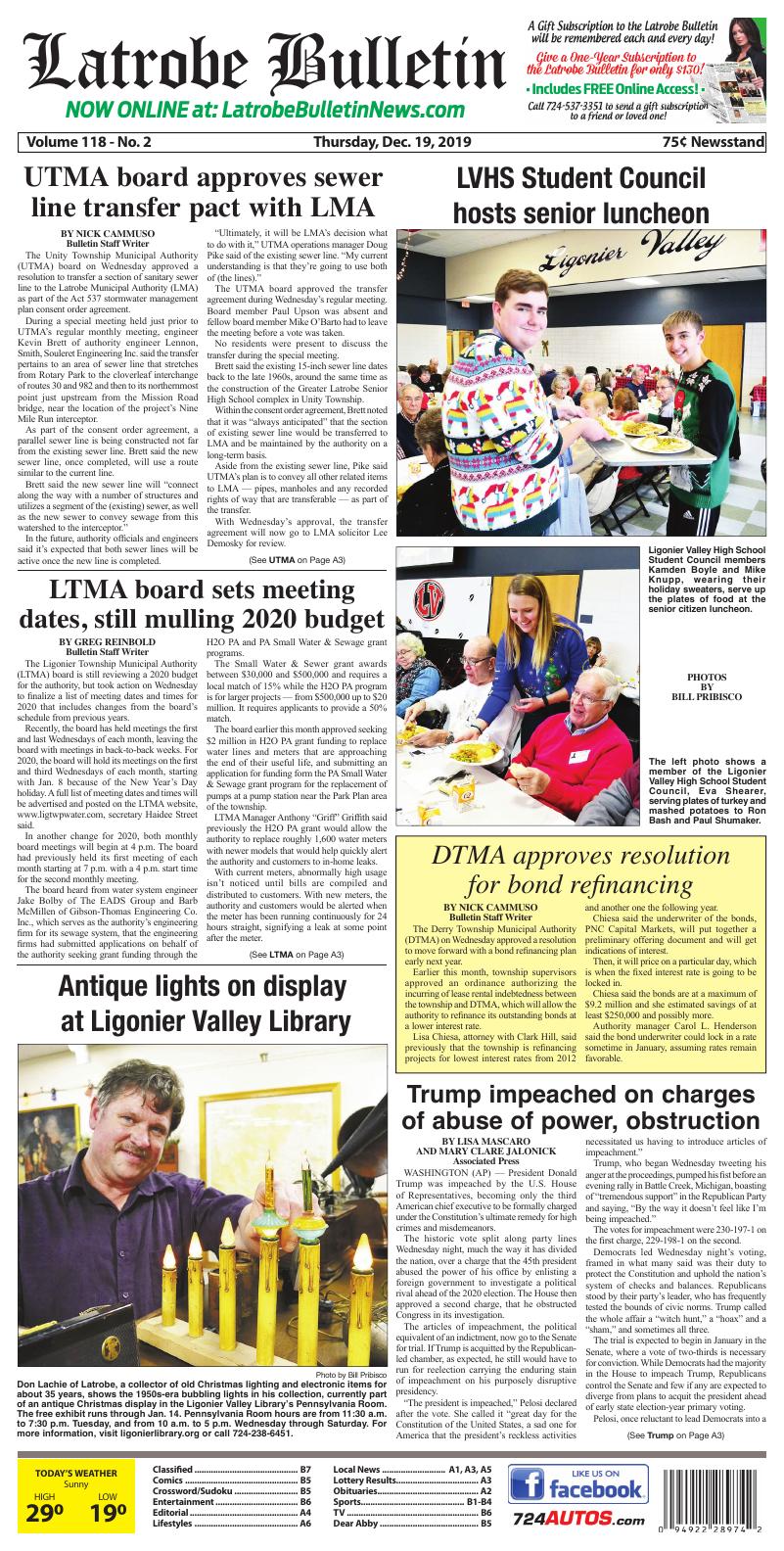 During a special meeting held just prior to UTMA’s regular monthly meeting, engineer Kevin Brett of authority engineer Lennon, Smith, Souleret Engineering Inc. said the transfer pertains to an area of sewer line that stretches from Rotary Park to the cloverleaf interchange of routes 30 and 982 and then to its northernmost point just upstream from the Mission Road bridge, near the location of the project’s Nine Mile Run interceptor.

As part of the consent order agreement, a parallel sewer line is being constructed not far from the existing sewer line. Brett said the new sewer line, once completed, will use a route similar to the current line.

Brett said the new sewer line will “connect along the way with a number of structures and utilizes a segment of the (existing) sewer, as well as the new sewer to convey sewage from this watershed to the interceptor.”

In the future, authority officials and engineers said it’s expected that both sewer lines will be active once the new line is completed.

“Ultimately, it will be LMA’s decision what to do with it,” UTMA operations manager Doug Pike said of the existing sewer line. “My current understanding is that they’re going to use both of (the lines).”

The UTMA board approved the transfer agreement during Wednesday’s regular meeting. Board member Paul Upson was absent and fellow board member Mike O’Barto had to leave the meeting before a vote was taken.

No residents were present to discuss the transfer during the special meeting.

Brett said the existing 15-inch sewer line dates back to the late 1960s, around the same time as the construction of the Greater Latrobe Senior High School complex in Unity Township.

Within the consent order agreement, Brett noted that it was “always anticipated” that the section of existing sewer line would be transferred to LMA and be maintained by the authority on a long-term basis.

Aside from the existing sewer line, Pike said UTMA’s plan is to convey all other related items to LMA — pipes, manholes and any recorded rights of way that are transferable — as part of the transfer.

With Wednesday’s approval, the transfer agreement will now go to LMA solicitor Lee Demosky for review.

The Ligonier Township Municipal Authority (LTMA) board is still reviewing a 2020 budget for the authority, but took action on Wednesday to finalize a list of meeting dates and times for 2020 that includes changes from the board’s schedule from previous years.

Recently, the board has held meetings the first and last Wednesdays of each month, leaving the board with meetings in back-to-back weeks. For 2020, the board will hold its meetings on the first and third Wednesdays of each month, starting with Jan. 8 because of the New Year’s Day holiday. A full list of meeting dates and times will be advertised and posted on the LTMA website, www.ligtwpwater.com, secretary Haidee Street said.

In another change for 2020, both monthly board meetings will begin at 4 p.m. The board had previously held its first meeting of each month starting at 7 p.m. with a 4 p.m. start time for the second monthly meeting.

The board heard from water system engineer Jake Bolby of The EADS Group and Barb McMillen of Gibson-Thomas Engineering Co. Inc., which serves as the authority’s engineering firm for its sewage system, that the engineering firms had submitted applications on behalf of the authority seeking grant funding through the H2O PA and PA Small Water & Sewage grant programs.

The board earlier this month approved seeking $2 million in H2O PA grant funding to replace water lines and meters that are approaching the end of their useful life, and submitting an application for funding form the PA Small Water & Sewage grant program for the replacement of pumps at a pump station near the Park Plan area of the township.

With current meters, abnormally high usage isn’t noticed until bills are compiled and distributed to customers. With new meters, the authority and customers would be alerted when the meter has been running continuously for 24 hours straight, signifying a leak at some point after the meter.

In other business, the board approved a resolution authorizing any of the LTMA board members except William Stablein to sign title transfer paperwork for the sale of the authority’s out-of-service 1989 Ford dump truck for $1,479.64 to Stablein after Stablein submitted the highest of five bids for the purchase of the vehicle.

Street also reminded customers billed quarterly that the authority’s water rate changes that were approved in September will appear on quarterly customers’ bills for the first time in January.

While base rates for all customers are the same, and calculated based on the customer’s meter size, commercial customers will be charged a different tiered rate for usage.

Lindsey Greenleaf of Singer Accounting estimated prior to the board’s vote on the rate change that the new rates would generate $267,300 in additional revenue, or enough to cover the authority’s debt service payments on the proposed water system improvements at least initially. Rising operating costs in future years may require the authority to revisit its water rates. 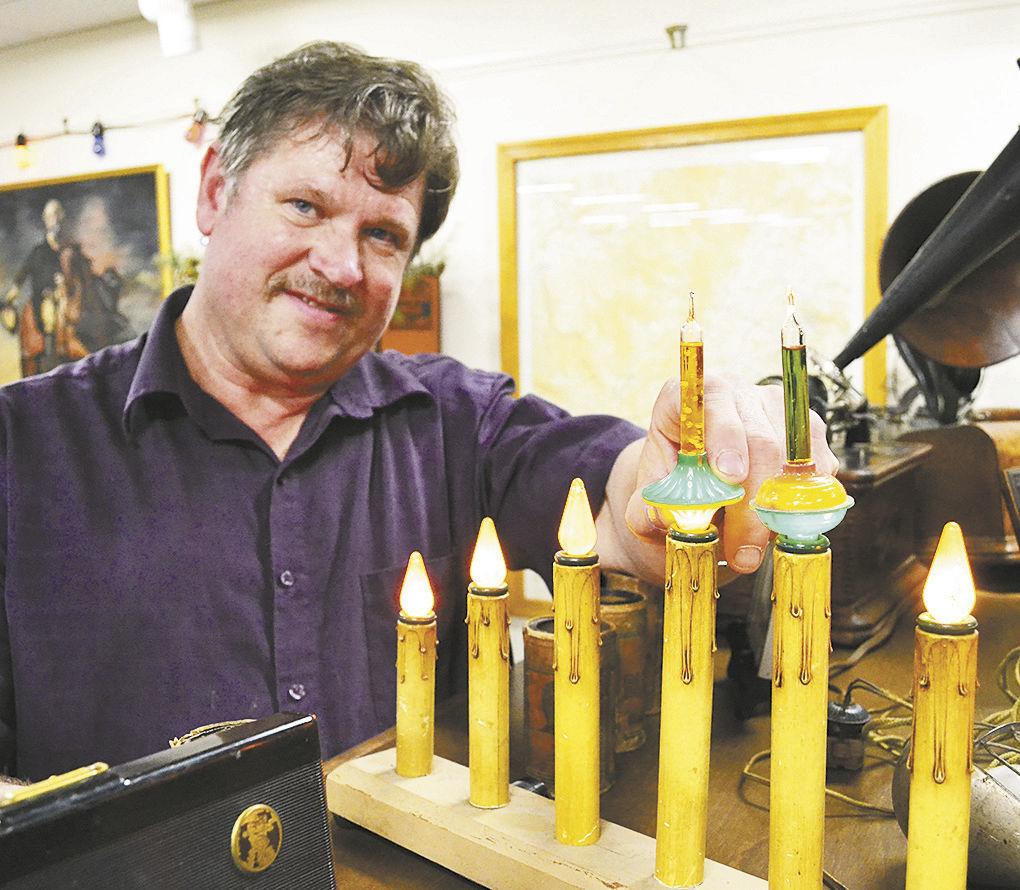 Don Lachie of Latrobe, a collector of old Christmas lighting and electronic items for about 35 years, shows the 1950s-era bubbling lights in his collection, currently part of an antique Christmas display in the Ligonier Valley Library’s Pennsylvania Room. The free exhibit runs through Jan. 14. Pennsylvania Room hours are from 11:30 a.m. to 7:30 p.m. Tuesday, and from 10 a.m. to 5 p.m. Wednesday through Saturday. For more information, visit ligonierlibrary.org or call 724-238-6451. 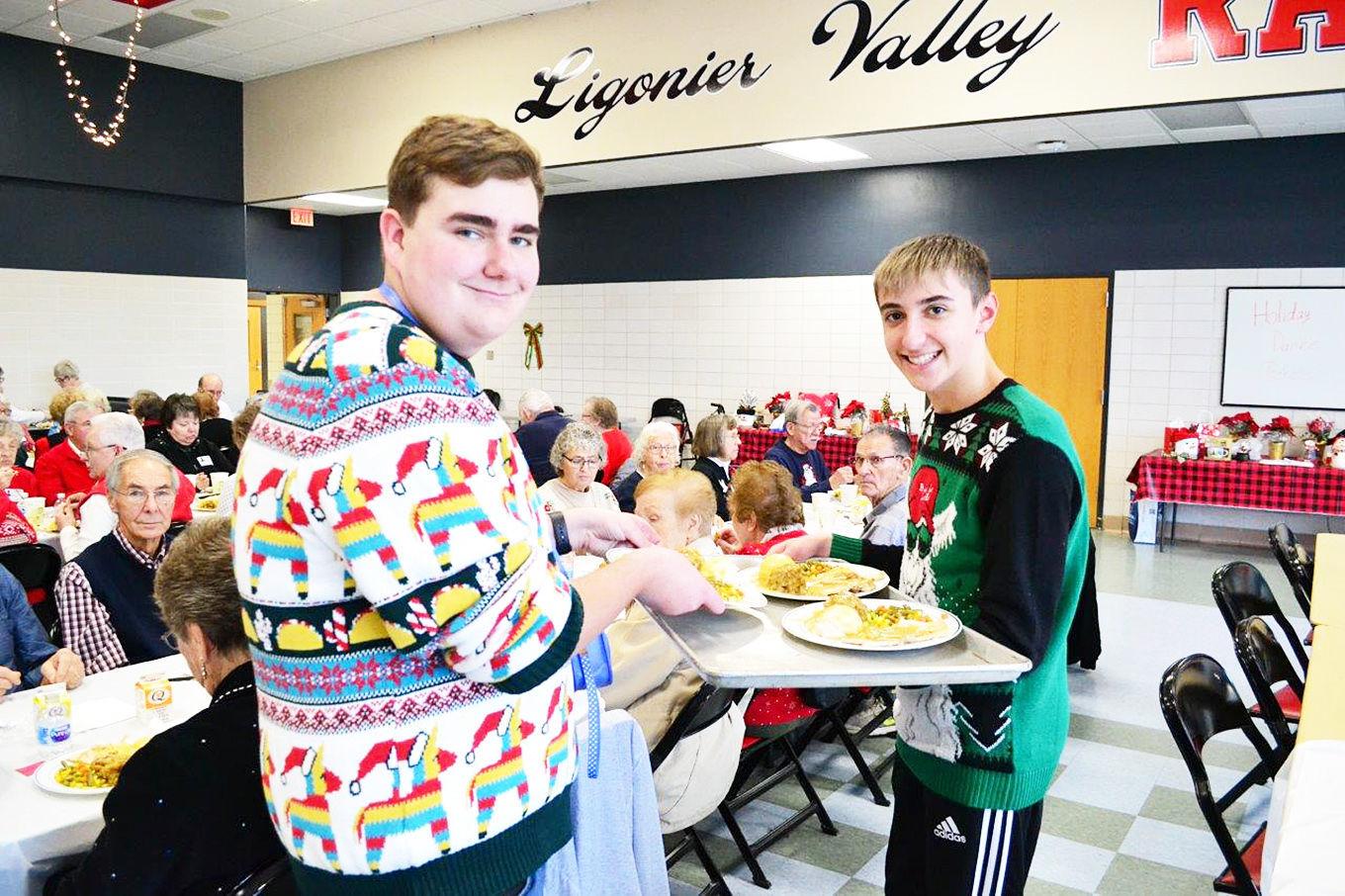 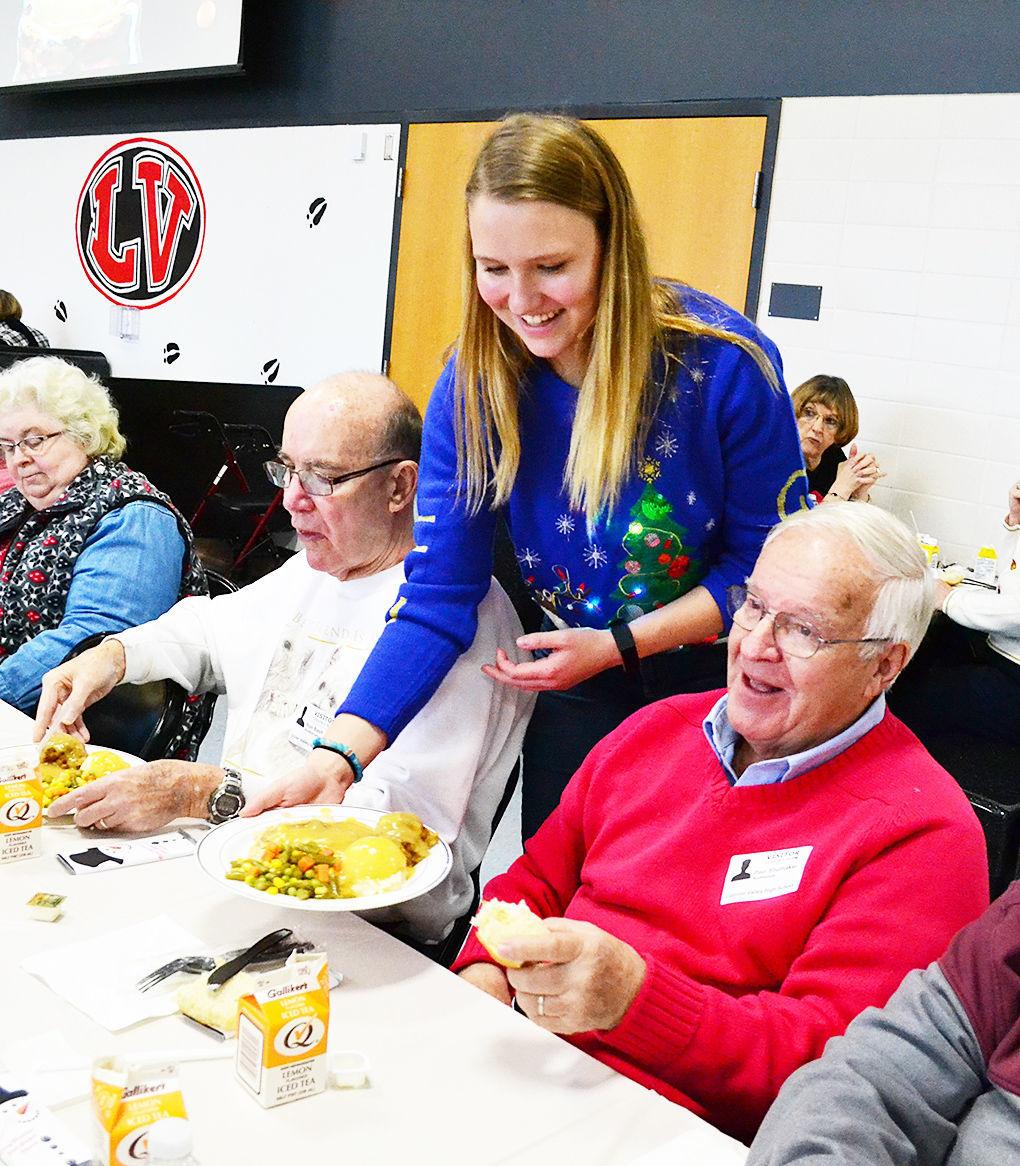 The Derry Township Municipal Authority (DTMA) on Wednesday approved a resolution to move forward with a bond refinancing plan early next year.

Earlier this month, township supervisors approved an ordinance authorizing the incurring of lease rental indebtedness between the township and DTMA, which will allow the authority to refinance its outstanding bonds at a lower interest rate.

Lisa Chiesa, attorney with Clark Hill, said previously that the township is refinancing projects for lowest interest rates from 2012 and another one the following year.

Chiesa said the underwriter of the bonds, PNC Capital Markets, will put together a preliminary offering document and will get indications of interest.

Then, it will price on a particular day, which is when the fixed interest rate is going to be locked in.

Chiesa said the bonds are at a maximum of $9.2 million and she estimated savings of at least $250,000 and possibly more. 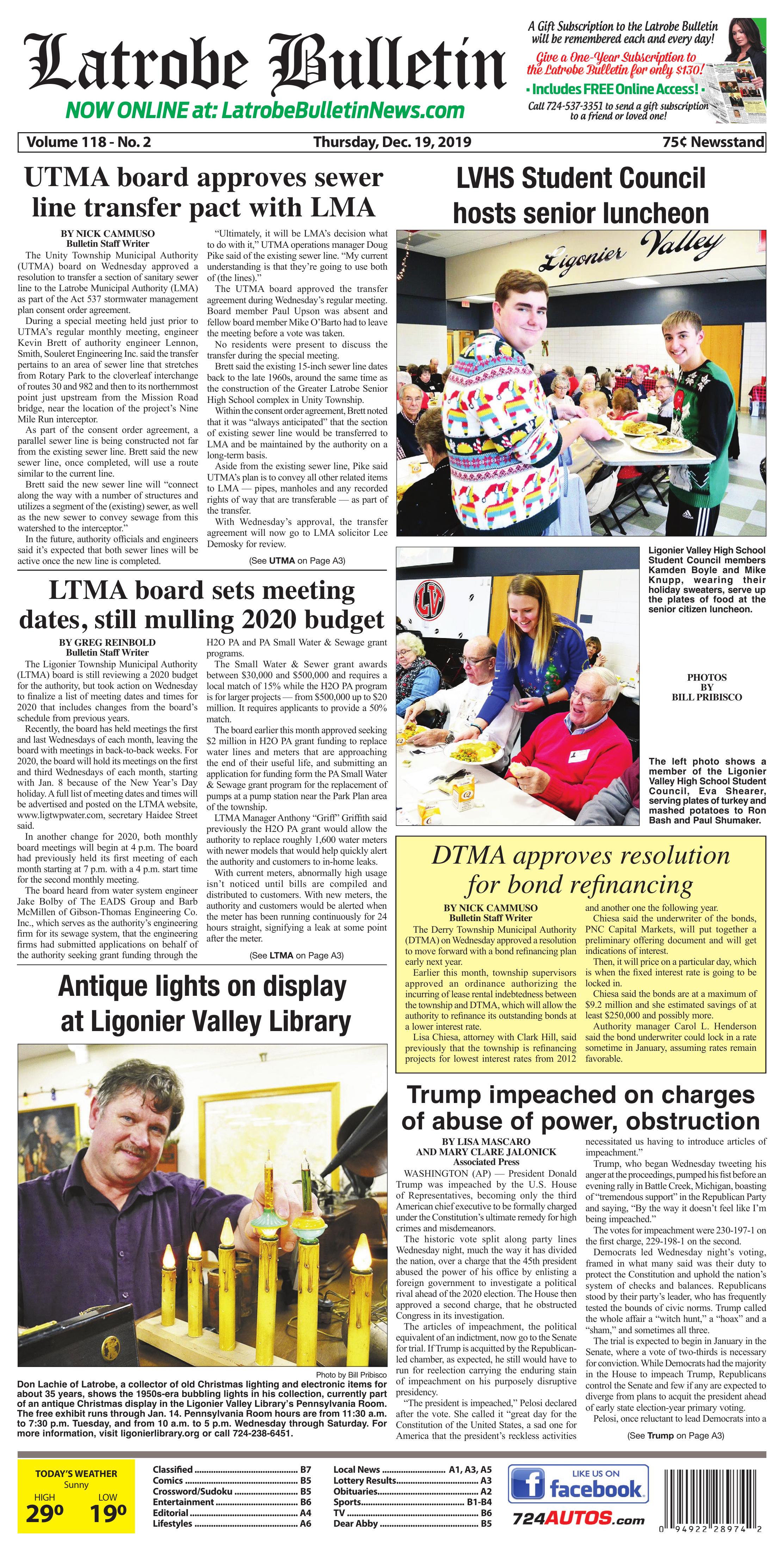