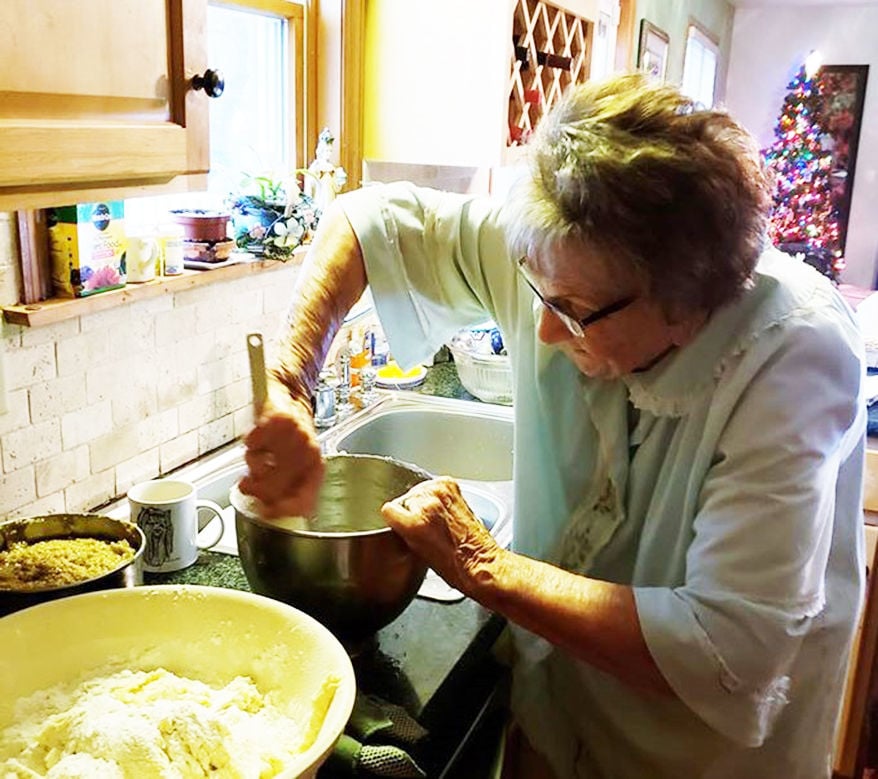 Lucy Pollock, 97, with the help of her daughter and son-in-law, offered virtual instruction through Facebook Live showing viewers how to bake a special family recipe for Easter buns. On Sunday, she’ll be walking people through her recipe for nut rolls. 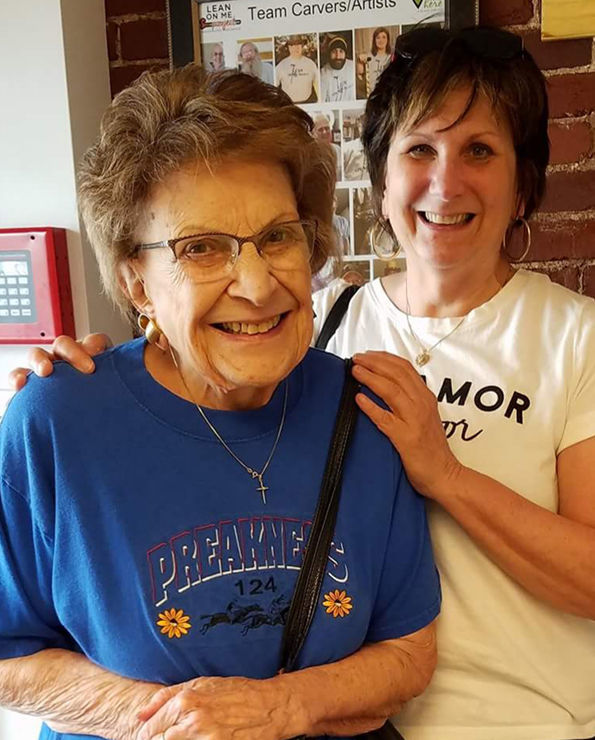 Mary Ellen Raneri, right, and her mother Lucy Pollock decided to use some of their newfound free time during the coronavirus shutdown to offer virtual instruction on preparing some of Pollock’s family recipes to friends via Facebook Live.

Lucy Pollock, 97, with the help of her daughter and son-in-law, offered virtual instruction through Facebook Live showing viewers how to bake a special family recipe for Easter buns. On Sunday, she’ll be walking people through her recipe for nut rolls.

Mary Ellen Raneri, right, and her mother Lucy Pollock decided to use some of their newfound free time during the coronavirus shutdown to offer virtual instruction on preparing some of Pollock’s family recipes to friends via Facebook Live.

In the time of “social distancing,” Unity Township resident Mary Ellen Raneri is helping her 97-year-old mother, Lucy Pollock, become something of a social media star.

The pair used the Facebook Live platform recently to offer friends and family virtual instruction on how to bake a traditional family recipe for Easter buns and they’re already planning another broadcast this Sunday, March 29, where Pollock will demonstrate her recipe for holiday nut rolls.

After a friend suggested posting an online baking video, Raneri pitched the idea to her mom.

“She was born in 1922, so you can imagine what her recipe box looks like,” Raneri said. “She went through them and there was no way she was using a recipe from online. It had to be the one in the box.”

As for the video-making portion of the project, Pollock wasn’t fazed by the idea of her baking being broadcast to a live audience.

“It was funny because she knew she was in a video, but she really didn’t care,” Raneri said of her mom.

“She was more concerned with making sure she got the yeast part right. She’s really picky about the yeast part, melting it in warm water and sugar. Her focus was awesome. I’m there and I’m a former teacher, I’m just babbling away and stuff and at one point I think she thought, ‘Why don’t you focus on this instead?’ She was focusing on showing what she was doing. She was really worried about people not understanding that, so that was kind of interesting. She did not care one bit that she was on the camera.”

Pollock didn’t pay much attention to the live Facebook interaction during the video, Raneri said, but afterwards enjoyed seeing the feedback.

“We had a lot of hits and people watched it. Some of them sent us (pictures of) their bread for her to look at,” Raneri said. “She’ll look at it (Facebook). She doesn’t have a Facebook account, but she likes to read my Facebook account. After we did the video, she could see what everybody said and she was like, ‘I can’t believe anybody wants to watch me bake.’”

Raneri said the response to the initial Facebook Live broadcast and the always-positive response from those who have tried her mom’s nut rolls in the past, the recipe for the second baking lesson was an easy choice.

“Around holidays, she’ll bake nut rolls and she has her tried and true recipe,” Raneri said. “We thought we would do that because a lot of people will ask, if we give them one, ‘What’s the recipe? These are so good.’ We thought that would be fun to do the nut rolls.”

For those wanting to bake along with the Facebook Live broadcast on Sunday, Raneri posted a list of ingredients ahead of time:

canned milk (about a cup)

Preparation instructions, of course, will be offered online during the Facebook Live broadcast beginning at 1 p.m. Sunday.