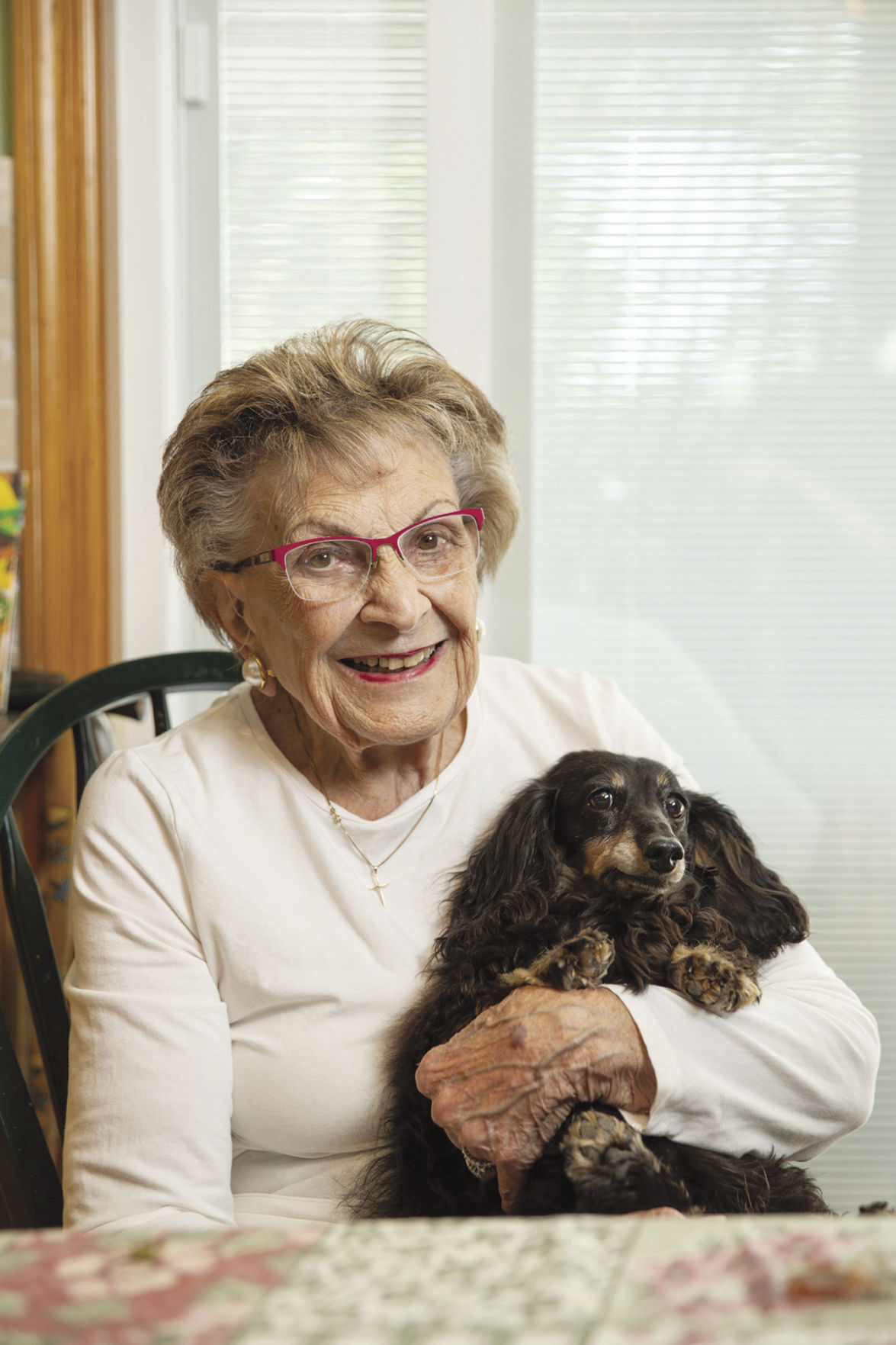 Lucy Pollock with her longhaired Daschund Lilly. Lilly has been really missing Pollock. Her daughter, Mary Ellen Raneri, has given the dog some of her clothes with Pollock’s scent to help the mourning dog. 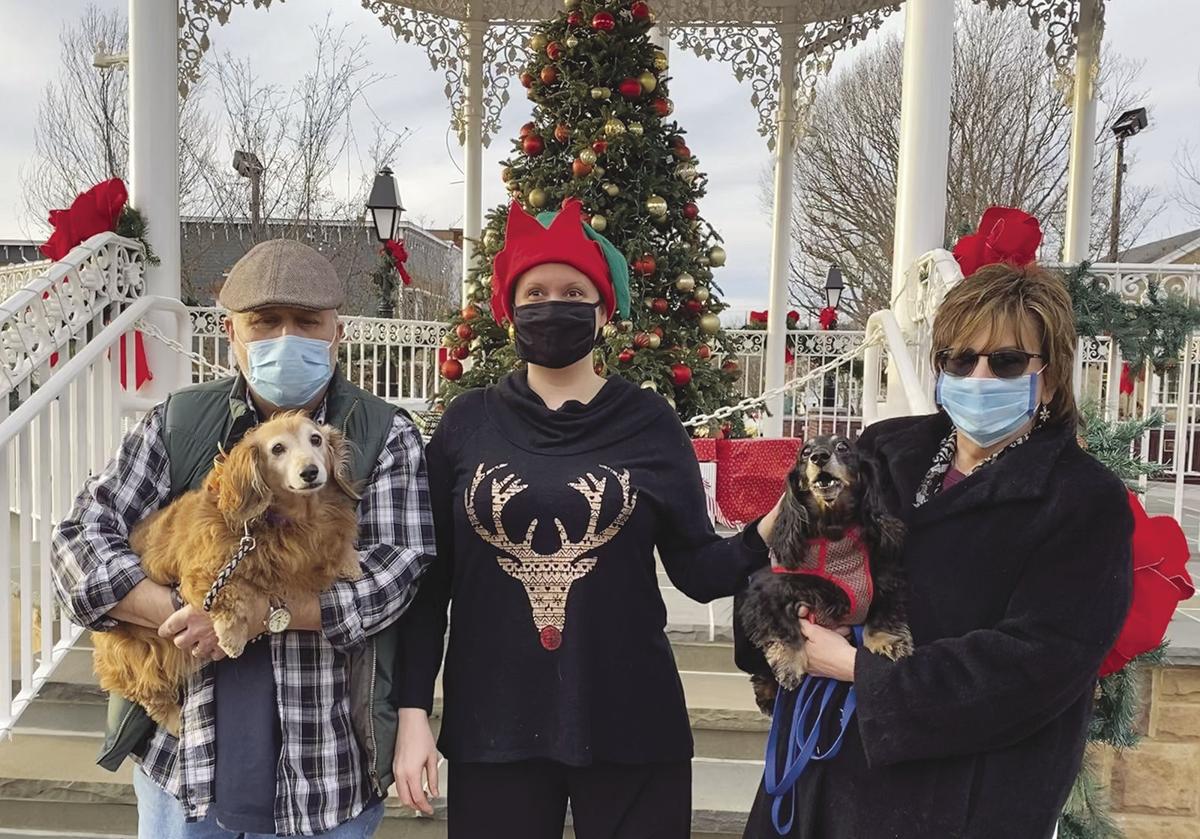 Lucy Pollock with her longhaired Daschund Lilly. Lilly has been really missing Pollock. Her daughter, Mary Ellen Raneri, has given the dog some of her clothes with Pollock’s scent to help the mourning dog.

Last year was difficult for many families. And that is certainly the case for Unity Township resident Mary Ellen Raneri.

Around this time of year — and throughout the years — Raneri is used to baking right alongside her 98-year-old mother, Lucy Pollock, but Raneri lost her mother in November of complications from COVID-19.

Pollock — with Raneri — became a Facebook sensation during the pandemic by sharing their love of baking with the masses through their “Baking with Lucy” videos. The videos led to a little taste of celebrity for Pollock, who appeared in many news stories, publications and even a spot on “The Today Show.”

While Pollock is not physically here anymore, Raneri is trying to keep her mother’s legacy alive through a cookbook the two penned, titled appropriately, “Baking With Lucy.” And now that cookbook — a compilation of 222 recipes, stories and photographs — is not only keeping memories alive for Raneri, but is benefiting a local no-kill animal rescue.

For every book that’s sold, Raneri is donating $1 to Helping Hearts and Healing Tails Animal Rescue.

Recently, she presented the rescue with the first donation of $1,000, which will help the shelter pay everything from veterinary bills for operations for animals with injuries or disease, medications, vaccinations and spaying to food and shelter.

Raneri, who personally knows one of the organization’s founders, is very familiar with the challenging work it does.

“These people are really in the ‘trenches’ trying to help animals in our area. They take in some very sad cases of animals who are abandoned, abused, sick or in need of homes,” said Raneri.

“They are also from the Ligonier area, where I taught school for many years. I am still very attached to that area and have many fond memories.”

In addition, Raneri said her mother was a “great animal lover” and wanted to do her part to help.

“We hope that her light will continue to shine and brighten the lives of so many pets,” she said.

Raneri hopes the ongoing donations can help the organization navigate the economic concerns that were prevalent during 2020.

“I would imagine that most non-profits have taken a real hit during the pandemic. We hope that some of the monies will help all God’s creatures that she loved so much,” said Raneri, who recalls her mother and her family took in many animals during the Great Depression, including cats, dogs, goats, chickens, and even a cow, despite being very poor themselves.

The book features almost a century of recipe gathering, according to Raneri, including some treasured family keepsakes that have been passed down through generations and some donated by friends and others from frayed, yellowed newspaper clippings and tattered hand-written notes.

“Whatever the source — this amazing collection reflects Lucy’s expertise, her love of cooking and her desire to share (them) with everyone.”

If she has a regret, it’s that her mom didn’t live long enough to fully appreciate what an impact she had and the book is continuing to have.

From a family of Italian immigrants who came to Ellis Island around the year 1900, Pollock was one of nine children. Raneri said her mother was always the baker — something she learned from her mother. Raneri recalls Pollock had recipes in a box dating from as far back as the 1920s and she desperately wanted to share them with — well — everyone.

Pollock lived with Raneri and her husband, Phil, in Unity Township until her death. Her first Facebook LIVE video was one of her baking bread in March.

“It was really fun; a bunch of folks watched and baked along,” said Raneri. “The whole experience was very positive because people engaged, asked and commented, and talked about their (own) families and traditions.”

Raneri said the videos were a way for her and her mother to get through the virus situation.

“Even though she lived through the Great Depression, lost a brother in France during (World War II), and survived poverty and cancer, and lost my father in 2012 — she still had a positive outlook. She said baking was more fun than talking politics or watching news. Any day you get to create something is a good day!”

That’s what led to doing the cookbook together.

“Ironically, just as it went on sale, my mother died from COVID-19. It was fast and I miss her tremendously.”

Raneri said this season has been tough.

“The person who stood beside me and loved me for 65 years is gone. I always looked to her for advice and comfort. But, now, she can still comfort — even though, she is not physically with us.”

Raneri and her husband plan to continue doing the show on Facebook to honor her mother’s wishes of giving to others.

“One of the greatest gifts she shared was her love of baking and cooking and her expertise in both. She also wanted to help animals,” said Raneri. “We are not Lucy, but we were eager pupils and plan to carry out her plan.”

The website www.bakingwithlucy.com includes a link to purchase the cookbook.